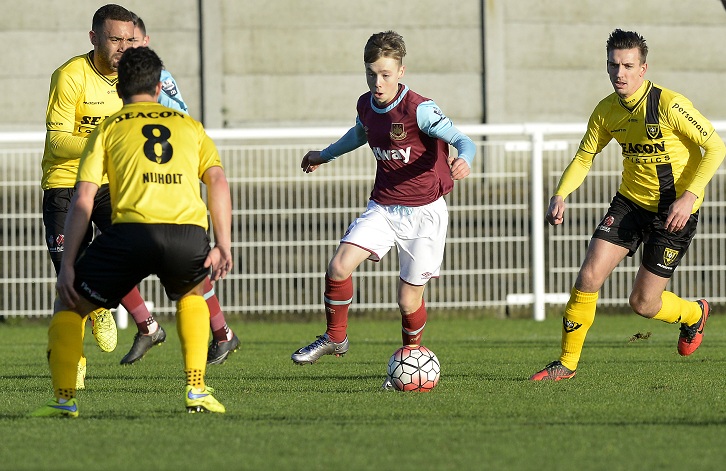 The winger has impressed coaches and teammates alike since joining West Ham from London rivals Chelsea earlier in the campaign.

Having put pen to paper on a three year deal that will see the youngster turn professional, Kemp said: “It feels amazing to sign a long term professional contract with such a great club. I’m really looking forward to working hard and improving as much as possible.

“There’s been a lot of hard work and sacrifices along the way but I’m fully aware of staying focused for the challenges ahead. It’s an extremely proud moment for me and my family, I am always striving to make them proud and keep achieving more and more.”

Since arriving at Rush Green, Kemp has gone from strength to strength, first impressing for U18s where he scored six times from eleven starts, while also featuring six times for the Development Squad, scoring once in a 4-1 rout away at Newcastle United.

Kemp continued: “Being involved with the U21s on a number of occasions has been a great experience and a high point was scoring on my first competitive start for the U21s at St James Park Newcastle.

“After settling in when I first signed, I have been really pleased with my form, progress and my goal tally this season. Regular appearances for the U18s was my aim for this season and I managed to do that.

“It’s flattering to be offered such a great long term contract at a young age. It is my intention to pay back the trust and belief placed in me by working hard, and hopefully one day becoming a West Ham United first team player.”

Now, having committed his future to the Hammers, the 16-year-old is looking ahead to what could be a very bright future for both himself and the club.

He explained: “The club is moving forward very quickly and I am sure there will be some very exciting times ahead. It a great time to be a West Ham United player.

“I’m really looking forward to a good pre-season and to progress through the ranks towards the first team.

“Obviously a first team debut is one of my short term goals, it would be incredible to make my Premier League debut at the new stadium. I set my goals high for myself but know that I need to work extremely hard to get there and I will do everything I possibly can to get to where I want to be.”