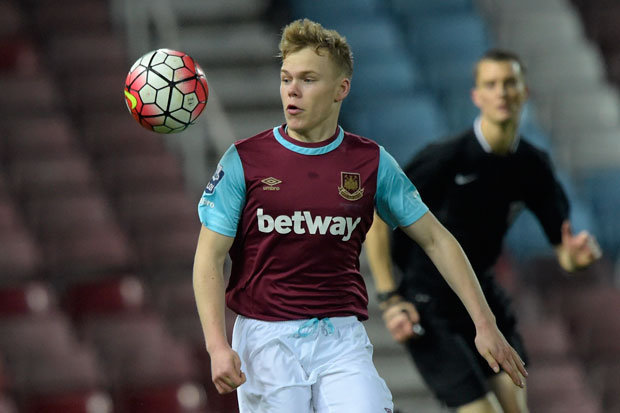 The creative midfielder has capped off an impressive campaign by putting pen to paper on a new deal that will see him turn professional.

Having committed his future to the Hammers, a delighted Scully said: “It’s a great feeling. It’s a feeling every young boy dreams of, to be a professional footballer. Now that I’ve earned my first one, the hard work continues to try and earn more with West Ham.

“It’s a very proud moment for myself and my family. I’ve put a lot of hard work into getting to where I am today and my family have supported me from the beginning.

“This season was a mixture of highs and lows, it didn’t start off the best as I unfortunately picked up an injury in pre-season that kept me out until January. I managed to get back playing in the U18s, scoring some goals and also made a few appearances for the U21s.”

Having overcome a frustrating opening to this season, his recent performances for the Hammers saw Scully earn a call up into the Irish international set up.

He continued: “Captaining Ireland in the U17 Euros was a special moment also for me and my family as it has been a dream of mine.

“This week has also been a good one for me officially signing my first professional contract with West Ham and being selected for the Republic of Ireland U19.”

With this campaign hosting a range of important milestones for the youngster, the 17-year-old is looking ahead to further achievements in the near future.

He finished by saying: “It’s a great time for all who are a part of West Ham United. I remember my first ever time watching West Ham with my Dad; Carlos Tevez scored a free kick and the atmosphere was unbelievable.

“I was at the new stadium a while back and it looks amazing, I’m looking forward to playing in it one day.

“I am looking to constantly improve and come back to pre-season feeling good. I’m looking to push into the U21s team, play regularly for them hopefully leading to some opportunities with the first team.”