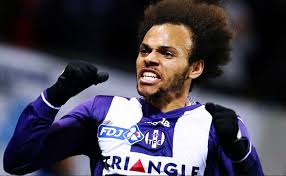 So there were two England games this week and I am not sure I could tell you much of what happened.   Whilst I will obviously watch Euro 2016 and support England, I must admit it is the least enthusiastic I have been about an England team in a long while. I think this feeling has been caused by Roy Hodgson and his refusal to pick our players. I usually love the international tournaments but it feels different this year and whilst I want England to win I will be almost equally as interest watching our players for their national teams.

So I guess straight to transfers as I know that is what most of you want from these columns. So Martin Braithwaite was the forward I mentioned us being interested in my column last week and it appears as always some of the nationals (including my parrot) are now running it. The additional information of Sakho moving to Sunderland would be a real shock and is therefore unlikely to be true.  Sakho will have far more desirable options than Sunderland too with Borussia Mönchengladbach and a host of clubs from England and France keen. The club have actively been looking for a buyer for Valencia.

The key ingredient here for Braithwaite is his agent Mark McKay.   The McKay family are one of David Sullivan’s favourite agents and helped us to land the Payet deal last year. Sullivan tends to stick and work with agents whom he can “trust” (as much as you can trust an agent) as he knows that these people have helped deals to work in the past.   This forward will not cost that much as his contract is low and will not be our main forward signing but is someone that the club are enquiring about. He has potential and can play wide in a front line.

Many people were saying we should look at his Toulouse team mate Ben Yedder and we have also done that too but he is expected to cost most and is only 5 foot 7 so potentially isn’t quite what we are looking for. This doesn’t mean though that we will not move for him if other options do not prove fruitful.

The fact of the matter is the club have “enquired” about so many players now that most top forwards are on the list. The net has been spread wide for players. As Mr Sullivan has already stated the club will spend over £25m on a forward. Lacazette was the first choice but the emergence of PSG as a rival for his signature (as I have previously reported) has meant this target isn’t very likely. Vardy is another due that probably won’t happen after that season with Leicester and the opportunity to play Champions League football. This means that Michy Batshuayi is again becoming the number one target. He has been quoted this week admiring the English league and we and Spurs (shock!) are chasing his signature. There are a few things that swing our way with this transfer. One is Payet and they are good mates, again the agent links and thirdly he wants to play regularly and at Spurs this isn’t as likely. The move for these forwards though could drag out.

Benteke is also a consideration and in my opinion the fans have been too harsh on this signing. Yes he hasn’t been great for Liverpool but he has still scored more than you would think and then scored consistently at Villa. I think with Payet putting the balls in the box he could be prolific for us but for now we will not move for him. There has been talk of us trying to secure him on loan but I am not sure that this would be sanctioned by Liverpool but could be an end of window alternative.

Jonathan Calleri is another forward who we were keen on and this would be a loan move.   It has been rumoured that his father has already said that he has signed a deal in principal with Spurs. Whilst you would assume his father knows what he is talking about, I was told by a Tottenham source that they are not in for the player.   The problem with this deal is that, last I heard, he is due to be in the Argentina Olympic Team meaning he would miss the start of the season and this has meant we are reluctant to go through with the transfer without knowing this.

As far as right backs go we are determined to bring in an experienced right back but for minimal cost as most of our budget will go on a marquee forward and a winger so we are looking at out of contract right backs and loan deals.   Gokhan Gonul the Turkish right back has been on the list for a while now, Bilic knows him well and discussions have already taken place but again many clubs are in for him but I think he could choose us. Our top target for this position was Gregory van der Wiel of PSG but he has a number of big clubs in for him including Roma and Manchester United so unfortunately it is unlikely that we will land this deal. Djibril Sidibé from Lille is the French right back that I spoke of in the past. He can play at either right back or left back and this versatility makes him an interesting option, however his cost may mean the deal doesn’t go ahead. There are other clubs linked with his signature and we have one other French right back lined up too.

The wing position is an interesting one as we have a few options here. I have repeatedly said of our interest in Redmond from Norwich and the two players from Newcastle. As well as this Tore has always been a popular choice of Bilic having worked with him in the past.   He also feels that Bilic can get the best out of him. Ben Arfa is another winger who we really like the look of and he is also out of contract but again many clubs are in for him too. Tore is however the main target and always has been. There has been some progress with this deal and Bilic is keen to land his main man although it is still not a done deal, despite reports all over the press and other West Ham forums. I could lie and tell you what you want to hear on this but I believe in facts and at the moment it is not completed. One thing in our favour is that there are not many clubs interested in him and we should be able to get this over the line eventually should the club still feel it represents value for money compared to the other potential deals.

The club are confident of some movement this week but it really isn’t a great time to be buying players. It is if you can pull it off but clubs know that after Euro 2016, player’s values increase and there are domino transfer movements. Lots of business will happen after Euro 2016 so to get anyone tied down now is really hard, despite the best efforts of David Sullivan who aims to sign at least six new players.

One thing for certain is that it will be a busy transfer period for us and one that will see a number of players arrive and depart.   A number of players will soon be announced as leaving the club too. All of these have been covered in previous columns.

I have two big meetings this week myself for the site and depending on the outcomes I will let you know about the exciting development. We are still looking for advertisers with the site having been let down by a few, we have a range of packages and this extra capital will enable us to develop the site further.