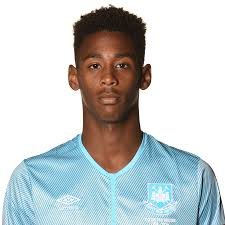 We can exclusively confirm (through ExWHUEmployee’s sources) that Manchester United have lodged an official bid for highly rated youngster Reece Oxford.   There has been a lot of speculation in the press about this and we can reveal that an official offer in the region of £15m has arrived at the club for Bilic to consider.  This proves a tricky problem for the manager to face.   The club had offered Reece a new deal but his agent has been gunning for more money and the terms have not been signed.  Manchester United and their new manager Jose Mourinho are long term admirers of the talented youngster.   Mourinho thinks that Oxford could be a perfect short term replacement for Michael Carrick or equally be able to slot into the defence (his natural position) this season especially in the Europa League.

Oxford has two years remaining on his current terms and it will be up to the manager Slaven Bilic to agree to the move.  He faces having an unhappy youngster should he reject it (unless a change of heart happens) or he faces losing a highly talented youngster who will no doubt be a regular international player in a few years time.   Should the bid be accepted this would bring better news for the likes of James Tomkins and Reece Burke who will see their major competition for a place leave the club and make their futures more secure.

Whatever happens with this deal and others make sure you check regularly with the West Ham Way and our ITK team for exclusive breaking transfer news.  We have seen many websites and national newspaper claim our news as their own, we would urge you to quote the site as we seek legal advice on this matter.

As a site we hope that Oxford will chose to stay at the club as he has a great future, as do we as a club and the gulf between us and Manchester United is no longer as great as it used to be.