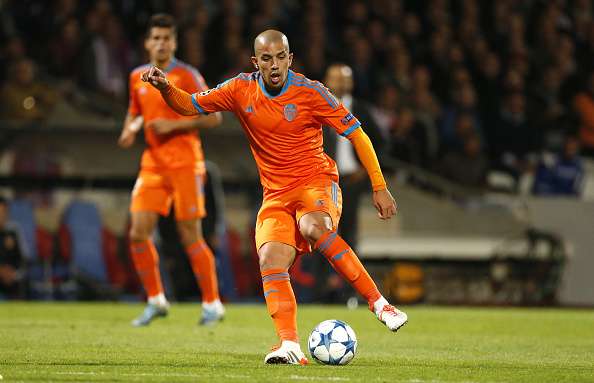 West Ham have confirmed the signing of exciting Algerian winger Sofiane Feghouli from Valencia as our very own ExWHUEmployee stated was on the cards just over a week ago.

The 26-year-old will arrive from Spain on a three-year contract on a free transfer on 1 July, having successfully completed his medical and agreed personal terms.

The Paris-born wideman has been a regular in La Liga since joining Valencia from French side Grenoble in 2010, scoring 42 goals in 243 appearances for Los Che.

“I am very happy to sign for the Hammers and for Slaven Bilic,” Feghouli told whufc.com. “The history of the Club is important for me in my decision.

“Playing in the Premier League is very important for players in their careers and I am happy to play for the Hammers.”

The winger spent six seasons in the Alps, helping Grenoble gain promotion to Ligue 1 in 2007/08, and moved on to Valencia following the club’s relegation two years later.

After a loan spell with Almeria, Feghouli was a first-team regular for his new club from the start of the 2011/12 season, averaging nearly 50 appearances over each of the last five campaigns.

Among them were 42 appearances in European competition, including 22 in the UEFA Champions League, which brought the Algerian an impressive haul of ten goals.

The 2012 Algerian Footballer of the Year, Feghouli is an important figure for his national team, appearing at three major tournaments.

The West Ham new boy played age-group football for France before pledging his allegiance to Algeria in 2011, scoring the winner on his debut in an African Cup of Nations qualifier against The Gambia in February 2012.

After helping the Desert Foxes to qualify for Brazil 2014, Feghouli netted his country’s first FIFA World Cup goal in 28 years when he scored from the penalty spot against Spain.

Feghouli could come face to face with new teammates Cheikhou Kouyate and Diafra Sakho at the 2017 African Cup of Nations in January after both Algeria and Senegal clinched qualification earlier this month.