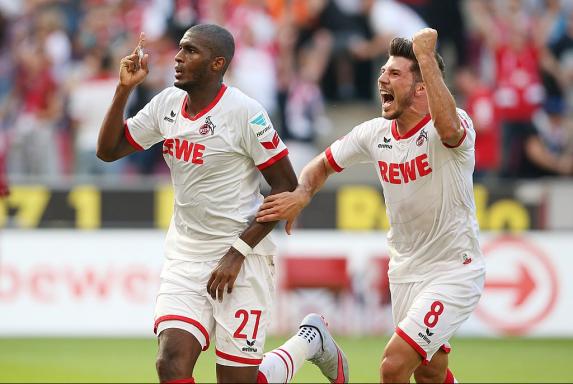 According to Geissblog.Koeln  1.FC Koln’s French striker Anthony Modeste wants to join West Ham this Summer and has been offered a contract by the Hammers.

They claim that Modeste had a €7m release clause that expired on 15th June but that Modeste himself attempted to activate it after being offered a €4m pa contract by the Irons.

Our very own ExWHUEmployee first mentioned the new link to the player just a few days ago but seemingly it’s a lot more than a link at this point if the claims that the club have made an official move for him are true.  Modeste has been linked with the club before and has been scouted for some time.

The blog goes on to state that Modeste wants to join West Ham, loves Dimitri Payet and that he has tweeted him numerous times congratulating him during Euro 2016.  Koln state that the €7m release clause has expired and West Ham would have to agree a new deal with them and the striker will cost a lot more than the initial fee as they want to keep him in the Bundesliga.

The approx £60k per week offer would more than double Modeste’s current salary at 1.FC Koln.

Modeste probably had the best season of his career to date last year, scoring 18 goals in all competitions and ended up as the 5th highest goalscorer in the Bundesliga.