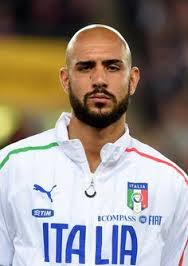 Rumour 1:  Smalling’s agent is in talks with the club.

The minute Bilic praised him on TV I knew this deal would be the next one in the papers.  Bilic clearly rates him, we all saw that on TV, so should the opportunity present itself he probably would sign him.  I don’t think the opportunity has presented itself and it would be a real shock if he was to leave Manchester United when he has just been named Player’s Player of the Year.  Jose likes big commanding centre backs, and I doubt he would sanction his departure – this seems too obvious a story.

Rumour 2: The Lacazette deal is back on.

No, the situation is still the same as yesterday as far as I know.

£35m? Double it and there might be an ounce of realism here but even so it is not true.  Payet is at the Euros and concentrating on that.

Rumour 4:  Zaza is joining the club.

This was a player we really wanted in the last summer window and a player we are still keeping tabs on at the moment.  He could emerge as an option.  To be honest we are juggling many options at this moment and I doubt any deal will take place until after the Euros for a forward.  I think I have confirmed about 30 forwards now but that shows how big the net is.

Nope we haven’t at this point.

Rumour 6:  When is the new home kit out?

It appears that the kit launch has been put back until early July and it will be a big launch!

Please download our electronic fanzine.  It is available on Iphone here:  appsto.re/gb/2Tvscb.I and on Android here:play.google.com/store/apps/details?id=com.killbeedesigns.thewesthamway&hl=en_GB … There are some great examples in there.