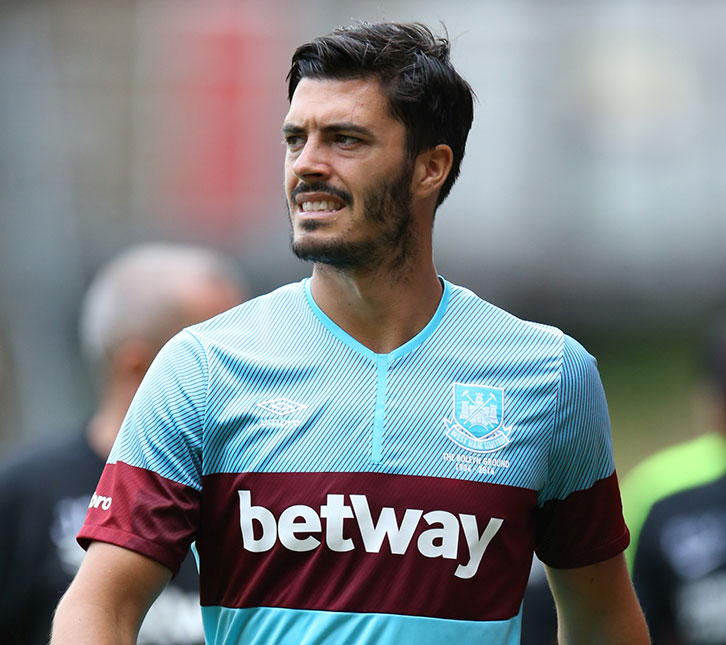 Matt Lawton has reported in the Daily Mail this evening that Hammers centreback James Tomkins is set to join Crystal Palace for £12.5m.

Palace boss Alan Pardew has long been an admirer of the versatile 27-year-old, a product of West Ham’s Academy, and tried to sign him numerous times when he was Newcastle United’s Manager.

Tomkins is set to become Palace’s third signing in the space of 24 hours with the former England Under 21 international joining Andros Townsend and goalkeeper Steve Mandanda at Selhurst Park.

The defender returned to pre-season training with the Hammers on Friday morning, but he is set to complete the switch across London as Pardew looks to bolster his squad ahead of the new Premier League season.

Our very own EXWHUEmployee stated in his column back on the 22nd May that the club were strongly considering selling the fans’ favourite because Bilic liked the partnership of Reid and Ogbonna and had Collins as cover as well as the emerging talents of Reece Oxford and Reece Burke, not to forget new signing from Borussia Moenchengladbach, Havard Nordtveit, who can play at centreback or right back if required.

If the sale goes through, the reported £12.5m fee would constitute the largest fee West Ham have received for a player in the David Sullivan/David Gold era at the club and the 3rd highest ever fee the club have received after Rio Ferdinand and Frank Lampard Jnr, who were also brought through the Hammers Academy.

The majority of the fanbase will be disappointed to lose one of their own but how the club reacts with signing incoming players may well cushion that blow as the club strives to push on from their excellent season in 2015/16.