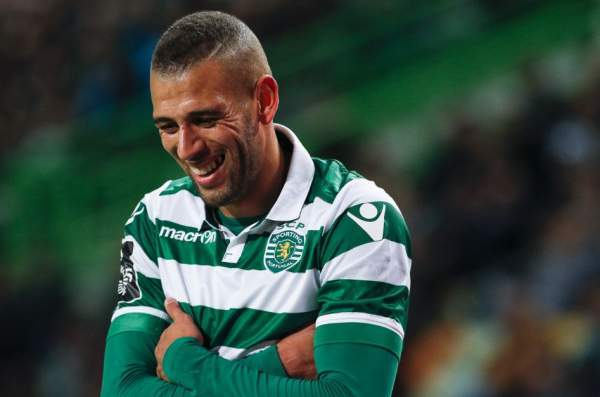 Hello everyone, I am a Hammer with one half of my family English and the other half Algerian. As a result, I have always kept a close eye on Algerian footballers and as we are on the hunt for a top class striker (or more than one), I thought I would give a little more insight into Islam Slimani.

Slimani is a player the club have tried to sign before, but with West Ham moving into a new stadium and with European football now, it is inevitably much easier to attract higher quality footballers. Sporting are looking for around £20-£25m for him, whilst the player himself has rejected a new contract at the club.

The 28-year-old is one of the best in the air that I have seen in world football, but his range of goals is impressive too. He scored 27 goals in 33 games in the Portuguese top tier, helping Sporting Lisbon to 2nd place and Champions League football. Pierre-Emerick Aubameyang is the only African in Europe to have scored more goals than him this season.

There was one game in particular that really stood out for me, and that was away to Porto. Slimani scored two goals in the game and made Iker Casillas look like an amateur. This is a goalkeeper who had lifted a World Cup just a few years ago, and was embarrassed by the sheer strength and accuracy of Slimani’s striking ability. He is such an aerial threat and can generate heading power from anywhere in the box. Perhaps rather similar to Andy Carroll, the two of them together could be lethal and of course there are Carroll’s injury problems. Slimani has been pretty much injury free for his entire career.

He would hold the ball up brilliantly, often drawing fouls from the opposition or allowing the attacking creative players such as Payet, Lanzini and Feghouli to get forward in time and really threaten any team in the division. The signing of Sofiane Feghouli is also relevant, as the two have been playing together for a number of years now in the Algerian national team. They know each other very well, particularly with Feghouli’s crossing ability into the path of Slimani.

Of course there are critics who compare the quality of the Portuguese League to the Premier League. Slimani was an average footballer when he first signed for Sporting, but now he is a striking superstar. Cristiano Ronaldo, Nani and Eric Dier are just a handful of names who have come through their academy and taken the league in England by storm.

In addition to this, Slimani scored two goals in four games at the 2014 World Cup (Feghouli also scored at this competition). He gave Manuel Neuer problems and took Germany to extra time, even scoring against him in the first half but it was narrowly ruled out for offside. I think Slimani would be brilliant at West Ham and a player that the fans would really warm to.