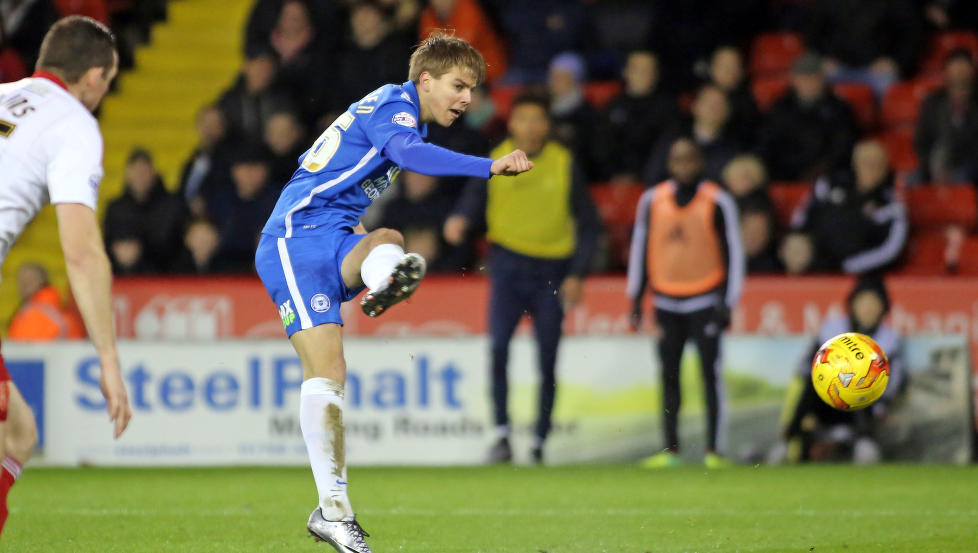 To loan or not to loan…That is the question.

Martin Samuelsen is, without a shadow of doubt, one of the most exciting young prospects not only in the UK, but in the world. You really won’t find many 19-year olds like him. He is skilful, intelligent and confident on the ball. But where does this wonder-kid stand in the first team? Is he ready for the spotlight, or does he need more time?

Samuelsen spent half of last season on loan to League One Peterborough United last season, and to be honest, the loan was not a success. However, you could argue that the management of Samuelsen was fairly poor, with ex Peterborough boss Graham Westley often blaming his flair players for the poor results, rotating Samuelsen (and others) out of the squad on a regular basis.

But Samuelsen’s loan spell was not all doom and gloom, he still had his moments of magic. One of the most impressive and promising of these moments was his performance against West Brom in the Capital One Cup. Brom fielded a very strong team, yet still they struggled to control the West Ham man, who tore them apart! His skill and confidence for an 18 year old (at the time), was unbelievable. And, more importantly, he proved he can already do it against Premier League standard opposition. But whether he can do that on a regular basis at this moment in time is yet to be seen.

Samuelsen is, as I have already said, way ahead of his fellow peers. His movement is, in my humble opinion, just as top-class as his dribbling. He actually reminds me of Payet, in terms of positioning. He-nearly-always starts out wide, but loves to drift inside to find those pockets of space. Last pre-season Samuelsen also confirmed that Payet was mentoring him with free-kicks. But I suspect there is more to it than just free-kicks. The way Samuelsen played in both American Tour pre-season games reminded me a lot of Payet, in terms of movement. So, perhaps, there is more than free-kick mentoring going on?

After reading what I’ve written above, many of you may be screaming at your screens: “JUST PLAY THE LAD!” But is he really ready? I think he could do a job, mainly coming off the bench in the Premier League. However, I think we should loan Samuelsen out, preferably to a Championship team. As talented as he is, we already have Payet, Lanzini, Feghouli, Tore and Antonio ahead of him in the pecking order, and that’s not including any new signings which may be coming our way! As incredible as young Samuelsen is, it is just not his time yet. However, I have thought of a compromise…

Is it worth, maybe, just maybe, keeping him in the first team squad until January? With Europa League, Premier League, Capital One Cup and FA Cup coming up, he might prove useful. Chances are that over the next 5 months or so,we will come up against some rather poor and far away teams. Could Samuelsen play a role in beating lower division teams we face in cup’s? And maybe in the Europa League too, when we’re drawn against some random Ukrainian team, for example. Could we use players like him, who are obviously talented, to give the likes of Lanzini and Tore a rest from what will be a busy schedule?

What do you think? Should we keep Samuelsen, or loan him? Does my idea of keeping him until January and then deciding then appeal to you? Drop a comment down below!