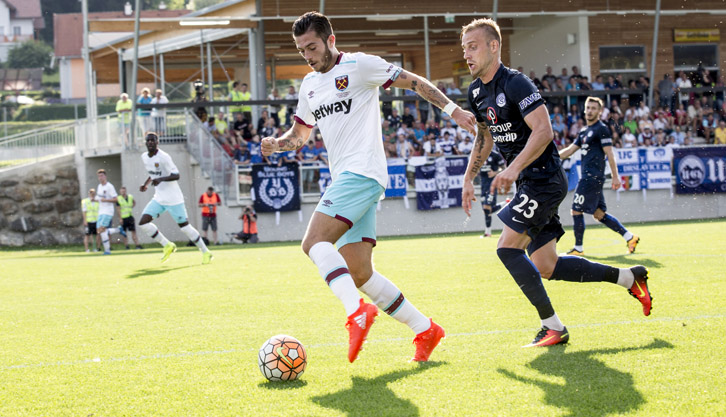 The 20-year-old joins the Sky Blues until January after Hammers boss Slaven Bilic gave him the green light to go out on loan as our very own ExWHUEmployee stated would happen in his column on Saturday.

Page goes straight into the Coventry City squad for tonight’s EFL Cup tie with Portsmouth at the Ricoh Arena.

The young defender has featured throughout the Hammers’ pre-season and came off the bench at the Olympic Stadium on Sunday during United’s 3-2 defeat to Italian champions Juventus.

Page found his path to the first team blocked by the arrival of highly rated French left-back Arthur Masuaku, who joined the Hammers from Olympiacos on a four-year-deal yesterday after the injury suffered by first team left-back Aaron Cresswell.

Coventry City boss, Mowbray stated on the Sky Blues’ website: “Lewis is a very technical young footballer, who has already benefited from a successful loan spell away from his parent club.

“We have bought him in to create competition in the left-back area, with Chris Stokes likely to be out with injury for longer than expected.

“Lewis is fast and very attack minded, which will fit in well with the system we are trying to play here. I’m looking forward to working with him during his time at the club.”