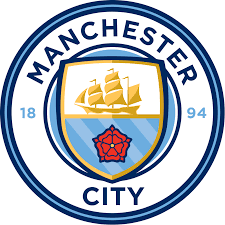 The is written by David Norton @thechickenrun95 and Chris Huntingford @deportivohammer

Before I move on to the preview for Sunday’s game, I would just like to share my thoughts in regards to Thursday night, on and off the pitch.

From a footballing point of view, the game was a huge disappointment. This was not only in terms of the performance, but also I feel the tactics from Slaven Bilic were quite negative and that is the main factor to our downfall. I appreciate that injuries had an almighty factor on the team selection, and I am not professing to claim I know more than Bilic, if I did I wouldn’t be sitting here writing this article! However, what is the obsession with playing 3 central defensive midfielders? It doesn’t work. I have been saying it for over a year to friends and family and I have touched on it in previous match previews. It gives us very little shape, and it leaves the centre forward terribly isolated. I reluctantly let it go over my head when we play a ‘big’ team, as I understand that nullifying the midfield against a very good side is more often than not the key, however I can count on one hand the amount of times it has worked under Bilic. Putting this aside, we were playing Astra Giurgiu at home in a massive game where Europa League group stage football was within a whisker away, and this was certainly not a team we should fear and therefore we should not resort to packing out the midfield. I mentioned in my preview for Thursday’s game that I would have gone with a 4-4-2, this would have allowed Ashley Fletcher to start and it would have given Jonathan Calleri some much needed support. I could go on and on about how else it would have been better playing this formation with our restricted personnel, but that is not why I am here.

Before I do move on to my preview, I just want to give my thoughts on two things ‘off the pitch’. The first thing is the fact we no longer have European football this season, this is a tremendous blow. I have mentioned previously how important I think it is, and I sincerely believe this could well be the beginning of the end of Reece Oxford at West Ham. Europa League would have been vital for him this season. He is effectively 5th or even 6th choice at centre back at the moment, and will not get a look in for the Premier League games. I was surprised he didn’t play on Thursday. There are other players such as Randolph, Burke, Obiang, Nordtveit, Masuaku/Cresswell, Feghouli/Antonio, Carroll (assuming we sign Zaza) who are going to be frustrated at lack of first team action this season now we are only fighting on one front. I appreciate there are still the other two cups, but these are not regular games. Bilic has one hell of a dilemma on his hands when players start returning from an injury. My second ‘off the pitch’ issue is the stadium.   For the record, I am all for the move, I think the stadium is fantastic, my view is amazing and getting out of the stadium and to the train station is no problem as far as I am concerned. My concerns are the capabilities of the stewards, the fact we are allowing ‘fans’ in wearing other team’s colours, the away fan segregation and finally the fighting between our own because of the standing issue. West Ham seem to be distancing themselves from ‘The London Stadium’ who operate the stadium and passing the buck over to them, but Messrs. Gold & Sullivan, as well Baroness Brady need to sort this out pronto and nip this in the bud before it gets really ugly.

Right, let’s try and be more positive, who do we play next? Oh, Manchester City….away. This is going to be a very tough game, especially with our injury problems, and it pains me to say it, but I cannot see anything than a very comfortable win for the home team.

Man City have started the season very well, winning 4 out of their 4 competitive games since Pep Guardiola has taken over the reins at The Etihad, scoring 12 goals conceding just 2. It doesn’t bode well for us at the weekend, but if you rewind almost 12 months, we went into the same game when City were on the back on 5 straight Premier League wins without conceding a goal. As they say, stranger things have happened. Guardiola’s side goes into Sunday’s game with a few injury problems with Kompany, Sagna, Gundogan and Sane all injured.

Guardiola has set his team up in fairly similar fashion in his first four games, and I would fully expect him to do so again. He plays a 4-2-3-1, and it has been well documented, he sets them up in a fashion to be able to deal with counter attacks as much as possible…not the best of the news of us then! If we are to get anything from this game, I would imagine playing on the counter would be our best route although this obviously depends on which players we have available. Without going in to lots of detail, Guardiola demands that his full backs tuck in the centre when his team are on the attack as opposed to overlapping the forward players, he lets his forward players do the attacking. Something that is worth pointing out, David Silva has been playing in the 2 infront of the back 4, not your out and out ball winning, tough tackling midfielder is he?! The full backs tucking in allow Silva to join the attacking threat. Although everyone seems to be sold on Guardiola’s new found tactic, I still see a weakness that can be exploited and it seems quite obvious to me, that this leaves their wide areas extremely exposed and if we have the likes of Antonio playing, I think we can still get them on the counter attack. I guess only time will tell.

Sterling has started to season in fine fettle under Guardiola, and although it would be fairly easy to pick Sergio Aguero or Kevin De Bruyne, I have decided to pick someone less obvious. Sterling has already picked up 2 assists in his 2 Premier League starts and has been very bright so far. Although it is very early days, it seems the Raheem Sterling is back on track to try and rediscover that form he produced in the 2013/14 season with Liverpool, where he was unplayable at times.

It is hard to look at that line up and not be worried, the attacking 4 (5, if you include Silva) is frightening. It would be very easy to pack out the midfield and park the bus, and this is definitely one of the games that we would seriously consider it. As I mentioned above, I don’t think it works as we are far too isolated up front, and even with the personnel expected to be fit, I would set up in our preferred system of a 4-3-2-1.

The team I would play;

It would be very easy for me to put Collins and Ogbonna in at centre back as I do honestly believe these are our best pairing at present, however I think dropping Reid would cause some unrest within the camp and I think he deserves more than just one below par game (v Astra) to be dropped for Sunday’s game. I would bring Oxford in, I do not understand why he didn’t play on Thursday, and I also think that Thursday night was Obiang’s worst game since he joined last year. I would ask Oxford to do a man marking job on De Bruyne. Although I have Kouyate in there, I wouldn’t want him to sit deep with Noble and Oxford, I want him driving on and joining the attack. By all means, we want him to dig in and defend when we are under the cosh, but I do not want to see this flat 3 of centre midfielders! The other notable choice where readers are undoubtedly questioning my sanity is the decision to pick Valencia over Tore. Tore offers nothing for me other than a few step overs and the odd decent cross, he doesn’t look willing enough and he looks unfit. Valencia on the other hand does offer pace, and that is something we need in abundance if we are going to get anything from this game. My team selection is on the basis that Payet, Lanzini, Fernandes and Zaza are all either unfit or ineligible.

What can I say after Thursday night, apart from like most other supporters I feel absolutely gutted with the result.  I like most other fans have been waiting years to see us compete on a European level and we seem to have thrown it away before it really began, 2 seasons running now.  Where to put the blame chairmen, manager, players?  Some people say it’s because of injuries, I don’t buy that we put a team out that should have comfortably put us through to the next round.  I will hold my judgement as i hope the people within the club are feeling the same as me.

Which bring me now to our opponents tomorrow afternoon Manchester City, Pep Guardiola’s team have started the season  well taking maximum points from their first two games, home against Sunderland and away against Stoke.  In Europe they have also beaten Steaua Bucharest over two legs.  But remember back to last season where City had won all their games without conceding a goal.  The Hammers went on to win 1-2 and our fantastic season last year really got underway.

I would love Slav to pick the team up from the poor display against Astra and really inspire them to take the game to City.  The good news is that Dimitri Payet and Manuel Lanzini have been included in the squad travelling to Manchester.  Hopefully the return of Noble who missed the midweek tie and Arthur Masuaka will give the squad a lift as well.  Havard Nordtveit looks likely to miss out as well as Andy Carroll, Aaron Cresswell, Andre Ayew, Diafra Sakho and Sofiane Feghouli.

Lots of talk of new players coming to the club with Simone Zaza and Wilfried Bony being linked to the club.  Zaza is supposedly having his medical today.  We should know for sure later this evening.

The Hammers may not have played great in our previous game against Bournemouth but with the  grand occasion of the game I was happy we managed to get 3 points to kick start our season after the defeat to Chelsea.  Sometimes you have to take the result over the performance.

Manchester City have paid over 20 million for a new goalkeeper Claudio Bravo who will not be available for tomorrows game.  Willy Caballero will probably keep Joe Hart firmly on the bench.  City capatian Vincent Kompany and new signing Ilkay Gundogan have only just returned to fitness and are likely not to be risked.

I would love to think Payet and Lanzini will be able to play from the beginning, but I feel we will only see them if we are chasing the game towards the end.  I think Fletcher did enough midweek to suggest he deserves a start ahead of Calleri.  I would also like to think we could win the game, but I think City will have too much for us on the day and run out 2-0 winners

Lastly congratulations to Adrian for getting his first call up to the Spanish national team.  Well deserved and hopefully you can celebrate tomorrow with a clean sheet.