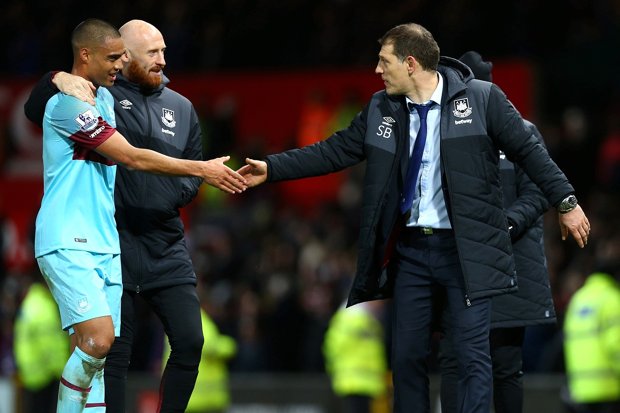 We travel to The Hawthorns this weekend for our second successive Saturday 3pm kick off which is a rarity these days. We make the 140 mile trip to the Midlands against West Bromwich Albion on the back of a terrible home defeat against Watford where the performance on the pitch was not the only cause for concern.

West Brom go into the game with 4 points from 4 games, as well as recently being acquired by a Chinese Investment group, led by entrepreneur Guochuan La. The new ownership has raised questions about Tony Pulis’ role at the club going forward, if reports are to be believed, it could well be Pulis’ last game in charge this weekend. This uncertainty and their underwhelming start to the season would usually get me excited and confident for 3 points and a similar performance to the one we enjoyed back in April, but with all the negativity surrounding the club at the moment, I am concerned that this may filter on to the pitch.

Without a win in 3 Premier League games and a penalty shootout defeat to Northampton in the League Cup, West Brom will be looking to bounce back this weekend. Tony Pulis will set his team up to be solid, compact and strong and although the previous 2 games he has set them up in a 4-2-3-1, I think Pulis will revert to his favoured 4-4-2, especially after seeing what Watford pulled off last weekend with 2 up top. This would mean a likely partnership of Salomon Rondon and Saido Berahino, on their day, this has the potential to be a great strike partnership however more often than not, the pair have failed to live up to their reputation. The back four of West Brom is likely to be the same as the previous 2 games with Craig Dawson, Brendan Galloway, Gareth McAuley and Jonny Evans occupying the 4 positions. The possible change is to put Evans at left back with Jonas Olsson coming into the centre, but from what I have seen and heard Galloway has been impressive at left back therefore I see Pulis sticking with the same back 4 that has only conceded 1 goal in the last 2 games. If Andy Carroll had been fit and likely to start, I think Olsson may have found himself starting. With only 1 injury at present within the whole squad being Chris Brunt’s serious ACL injury, the midfield 4 is quite tough to pick. I think they will start with Matt Phillips on the right hand side and Nacer Chadli on the left, and I imagine they will be told to exploit the space on our wings as much as they can because as we know as fans, we do leave these areas exposed from time to time. Another option they will have is to push Chadli up as a supporting striker instead of Berahino which would allow James McClean to play on the wing. The centre midfield pairing is tough to decide on who I believe Pulis will pick, he has the options of Darren Fletcher, Claudio Yacob, Craig Gardner and Sam Field to choose from. Pulis is likely to go with Flecther and Yacob as a defensive midfield pairing to try and nullify our attacking threat, the decision would be harsh on young Sam Field who has impressed in his previous 2 appearances against Middlesbrough and Bournemouth.

Now, over to us, where do I start? There needs to be a massive improvement from last Saturday, the first half hour was in parts breathtaking, but the latter hour was utterly abysmal. I am sure Slaven Bilic has addressed the issues this week with the squad and I expect to see a much more solid performance this weekend. I don’t believe for one minute that Bilic’s mentality is that it doesn’t matter how many goals we concede as we will always score 1 more as has been suggested elsewhere, he is a former defender and every goal we concede will hurt him. I expect Angelo Ogbonna to be recalled this weekend, and my guess would be that James Collins will be the unfortunate one to lose his place. Personally, I am really torn on our best centre back pairing, I think Ogbonna is our best defender and definitely our most consistent. Winston Reid and James Collins are both top defenders on their day, and overall I would say Reid is the better defender but the inconsistency is frustrating. Collins on the other hand is very similar to Reid, a no-nonsense defender who last season was incredibly consistent, especially when playing alongside Ogbonna at the end of 2015 which resulted in all of those clean sheets. For that reason, I would pick Collins ahead of Reid for this weekend. This is something that will be forced upon Bilic anyway as according to ExWHUEmployee Reid has picked up a knock and will miss the game anyway.

The defensive midfield pairing of Mark Noble and Cheikou Kouyate is very close to be broken up in my opinion. As much as I love both players, I really do not feel that they are supporting the defence anywhere near as much as they should be and it surprises me when you consider how well they both played last season. This may seem harsh, especially on Kouyate, but with our attacking options there is no real need for either of them to get caught out pushing up too far, considering our front 4 are quite capable of causing enough problems for any Premier League side. I think they will both start on Saturday, and if I were in charge, I would also play the pair of them but I would be warning them that they need to remember their responsibilities as holding midfielders. I read in most places that Michail Antonio gets blamed when Sam Byram is left exposed, but Noble and Kouyate have a responsibility to break up play as well as track runners coming through the midfield including the wings, especially if West Brom play 2 defensive minded centre midfielders, this will leave Noble and Kouyate somewhat redundant as West Brom’s midfielders will be more concerned about picking up the likes of Payet and Lanzini. With this in mind, if I were Pulis I would match our system and play a 4-2-3-1, although as mentioned above I think he will revert to 4-4-2, and if he does, it could play right into our hands.

The forward 4 picks itself at the moment, with Sofiane Feghouli being the only player likely to effect the starting lineup, but how can you drop Antonio for him at the moment? You quite simply cannot. Our forward 4 that started against Watford will start again on Saturday, and if we can keep it solid at the back, this front line has the ability to score 3-4 goals a game.

The team I would pick (4-2-3-1) and this is the team that Bilic has supposedly picked too.

There are two positions I didn’t mention above which are up for debate at the moment and that is goalkeeper and right back. Adrian and Byram deserve to keep their place despite the under par performances against Watford, however I do think that as with Noble and Kouyate that their positions are under threat if a similar level of performance occurs again especially with top class players waiting in the wings such as Randolph and Arbeloa respectively.

I wish I could predict a comfortable win, but unfortunately my head is over-ruling my heart and I am going for a 1-1 draw. I really hope I am wrong, but last week’s showing really has knocked my confidence somewhat with West Ham….here is to the Slaven’s men proving me wrong. Safe journey to all you fans making the trip.