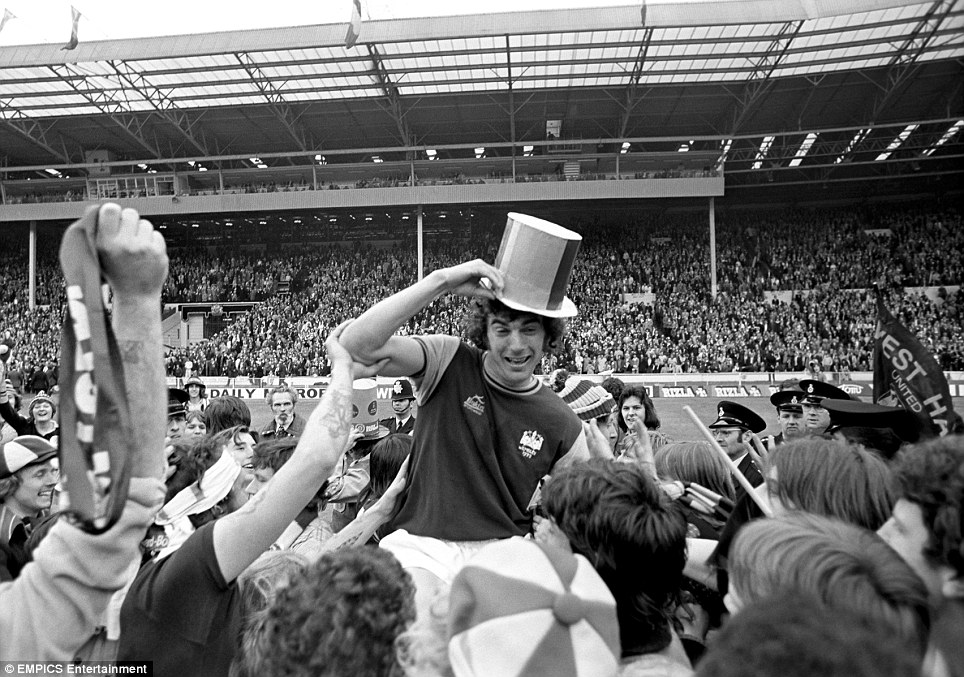 This article is written by Martin Johnson aka @EdwardJames

In 1975 my dear Nan took me to Wembley to watch my first ever West Ham match against Fulham in the FA Cup Final and we won 2-0.

I was a 7-year-old boy back then and I was hooked and proud to continue the family tradition of being a Hammer, mind you really had no choice because my Nan was one of eleven and her siblings were all West Ham too.

I’ve experience a lot over the last 41 years being a supporter of my beloved West Ham, from Ron Greenwood to Slaven Bilic, the joy of lifting the Cups to the pain when being relegated, from Cottee knocking the ball in the back of the net for fun to the DiCanio wonder goal, brilliant saves from Ludo to the blunders from McKnight.
From standing in the old Southbank to sitting in the Trevor Brooking, the changes through the years have been vast.
Last Season

Our last season at Upton Park, as I like to call it was phenomenal, Bilic and Dicks coming back to the club in management and coaching roles, winning away to Arsenal on the first day of the 2015/16 season Kayoute and Zarate scoring one apiece for what seemed a comfortable win at the Emirates and Oxford playing a blinder.
Transfer activity saw the likes of Payet, Lanzini and Antonio come into the club and the rear guard Tomkins (Now at Palace) Reid and Collins put their lives on the line by keeping out our opponents.

We certainly had our fair share of highs in the last season at Upton Park, our spiritual home for the 112 years and what a fitting climax to that longstanding relationship which every West Ham United supporter can relate, the final game against Man Utd was one of the most emotional games that I have ever encountered due to the eventual outcome, our move to the London Stadium.

I don’t really want to go through the whole of last season, because we know what happened.
What is the real concern is this season, 2016/17 at the London Stadium, where the inquest has truly begun!!! Due to our recent form, 6 games in 5 defeats and 1 win, that in a lot of people’s eyes spells CRISIS!!!

There is something wrong at West Ham, it has been evident for the last 6 matches, which is surprising in one way, because you would have thought last season’s performances would have given our players a wave of confidence for this new season.

So what has gone wrong?

I’m no expert but there have been stories floating around about our transfer dealings, and this may be one of the areas that could be causing un-rest in the camp, who knows? Well I look at it like this, we were always told we would buy quality over quantity but maybe our Chairmen felt it necessary to get 11 new players as like us we were expecting a good run in Europe and it would be only fitting to have players who were capable of delivering progress in the Europa League but Astra had other intentions and our run came to an abrupt end, again.

It happens, a new Manager and Coaching Team come in and in the first season everything is going well for them, players are impressing and the results are positive but as we have witnessed as fans of football and with other clubs the second season can be a nightmare…and at present this is what we are experiencing, no blame can be placed on our new stadium…we have an immaculate playing surface, probably one of the best pitches in Europe. Our players have been used to playing in front of large crowds, internationally and domestically.

So I personally feel half the problem is our tactics and team selection. One thing I have noticed especially against Southampton; our opponents were excited and thrilled to be playing at a large spectacular, filled stadium, they embraced the environment and atmosphere and at times with their passing played like Brazil and with the game against Boro coming up this is something our own club has to do…play football, with passion and determination.
Remember when we played Tottenham when Sam Allardyce was at the helm and we had no Forwards, Sam mixed it up on the pitch by playing no recognised number 10…and credit to Sam as it gave us the win. He had the guts to think out of the box and it paid off.

Bilic “Mix it up”

How do we go forward?

Bilic has allowed the squad to spend a night on the town to allow the players to bond and on Saturday against Boro we will see if this is a benefit or a hindrance.
Performances and injuries have played their part, so we now have to take this into consideration when it comes to team selection and tactics.

I really think Bilic has to #mixitup on the pitch, I would personally rest Adrian for the Boro game, have Payet or Lanzini on the bench and come on as an impact sub, I think we are unbalanced in midfield when both are playing….bring in Fernandes on the right and move Antonio up front with either Fletcher or Sakho if he is available.

Play 4-4-2 interchanging midfield and forwards throughout the game…. remember how we beat Spurs without a recognised number 10, it worked. We need to be more dynamic and players need to adapt to differing systems and roles throughout the match, making us less predictable. I would even put Oxford in the back 4 too.

Our tactics have to change, the philosophy worked last season but in all honestly it has to be variable this season if we are too improve, this is just my humble opinion though.

Thanks for reading, would really appreciate your thoughts as well.