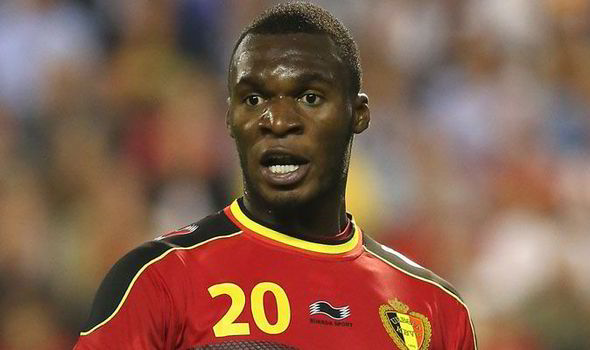 Dimitri Payet set up France’s winner as they edged past the Netherlands in their World Cup qualifying match on Monday.

The West Ham midfielder played for 67 minutes before being replaced with Manchester United’s Anthony Martial by boss Didier Deschamps. The only goal of the game came on 30 minutes when Payet passed to Paul Pogba who fired in from 25 yards, though Everton keeper Maarten Stekelenberg probably should have saved it.

Benteke, signed from Liverpool in August for £30million, said: “The last few weeks I feel good and that is what you see on the field. I want to hold this form at my club.”

The competition is a youth football tournament that involves 84 teams from local secondary schools and community centres competing in a series of competitions over the course of the season.

And the tournament culminates in a finals day for the players and their families in April 2017 where there will be the chance to play at West Ham’s impressive new London Stadium in Stratford.

Payet reckons the strain on Pogba has affected him to live up to the hype and said Pogba has stayed strong amidst the criticism flung his way.