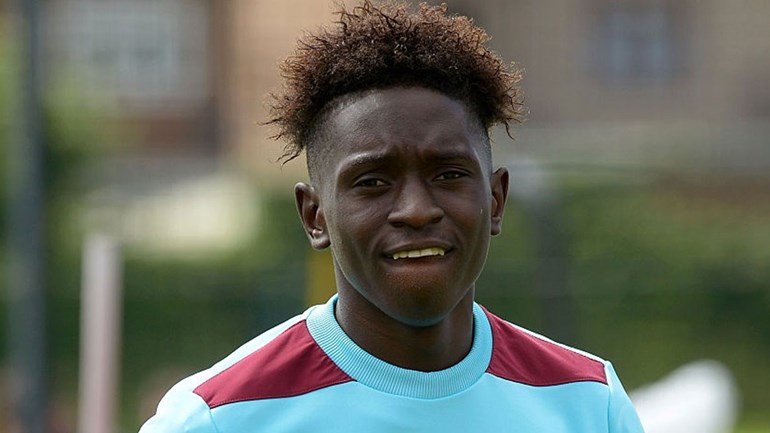 Slaven Bilic believes his West Ham United side gave reason for optimism with their performance at Tottenham Hotspur on Saturday evening. Michail Antonio and Manuel Lanzini’s goals meant Bilic’s side became the first two score twice against Spurs this season and the boss is confident results will soon go their way.

He said: “I would rather play the way we did on Saturday than go there and say after the game ‘okay, no complaints, they were much better’. “Playing like that, it’s only a matter of time before the luck or more concentration will come on our side. “We can take a lot of positives from the game, and make no mistake we will, but the three points were there for us. “They were dangerous, but we were dangerous also, so we can be confident now.” whufc.com

Are you optimistic about our next 4 games? Can we take positives? How is your confidence in the team or Slaven Bilic?

Commenting on Twitter, former Wales international Gabbidon believes the Hammers should stick with manager Slaven Bilic, rather than panicking. ‘How West Ham came away with nothing from that game yesterday is worrying 2-1 up in the 89th & you lose! He should get a bit more time’. In his discussions with supporters last night, Gabbidon went on to comment that West Bromwich Albion striker Saido Berahino is a player he would happily see leading the line for West Ham ‘I’d take him cut price in Jan all day long’. hitc.com

Gabbidon says Slav should get more time; what are your thoughts? Do you think we should go for Berahino in January?

Costly error sours things for Randolph on his return.

Saturday’s trip to White Hart Lane provided Ireland goalkeeper Darren Randolph with his first Premier League start of the season, but unfortunately he wasn’t blameless in West Ham’s late defensive collapse. Harry Kane’s brace in the final couple of minutes inflicted a 3-2 defeat on the Hammers, keeping them one spot above the relegation zone and leaving manager Slaven Bilic with a dilemma over which of his keepers to choose for Saturday’s visit to Manchester United.

Randolph may have been content up until the latter stages with his afternoon’s work, despite parrying Vincent Janssen’s shot straight to Harry Winks for the Spurs equaliser, but he was all at sea for the second leveller on 89 minutes. His attempts to dive low to cut out a cross by Heung-Min Son came up short, allowing Kane to slot home. Two minutes later he was picking the England striker’s effort out of the net after guessing right for his penalty without being able to repel a powerful shot.  independent.ie

How did you rate Randolph’s performance? Who should be in goal for our next league game?

Promising midfielder Domingos Quina has signed his first professional contract at West Ham, which keeps him at the club until 2019. Quina, who turned 17 last Friday, joined the Hammers in the summer on an initial two-year scholarship deal following spells at Chelsea and Benfica. Quina said: “I am very happy to have signed my first professional contract with West Ham and it has always been my dream. “I chose West Ham because it is a great club and they like to give young players opportunities to break into the first-team like Reece Oxford and I hope to do the same. skysports.com

Are you happy about Quina signing for us? When do you think he will break into our first team? Is he not too small to make it in the premier league?

Former West Ham United striker Dean Ashton has slammed the club’s recent recruitment in his position. Speaking as a guest on Talksports Jim White show on Monday, the 32-year-old reeled off a list of names – including summer signings Simone Zaza and Jonathan Calleri – who aren’t good enough to play for his old side. No West Ham striker has scored in the league this season, although a shortage of goals from front men is not specific to this season.

“It’s been a few years now with poor recruitment in the striking areas,” Ashton said. “I couldn’t believe some of the names that were there: (Victor) Obinna, (Frederic) Piquionne, John Carew, (Modibo) Maiga, (Marouane) Chamakh, (Mladen) Petric; Enner Valencia was poor, Zaha and Calleri that are in the squad now… they’re not good enough.” hitc.com

What do you feel about Ashton’s comments? What would we give for a Dean Ashton type player now?

West Ham transfer may be off.

West Ham United’s Turkish winger Gokhan Tore has expressed his desire to stay at West Ham and fight for his place, according to Aksamspor and Hurriyet. The 24-year old has disappointed both Slaven Bilic and West Ham fans after his below-par performances but the Turkish international is determined to end the bad form and wants to be a part of West Ham’s team.

Tore, who joined West Ham last summer with a loan fee of around €3M, hasn’t been part of Slaven Bilic’s last 5 match-day squads, following an injury issue, and is still planning to stay in London because believes he’ll come back stronger after a disappointing start to the campaign. sportwitness.co.uk

What are your thought on Gokhan Töre? Can he come back from injury and make a positive difference to our team?

Samuelsen benched while other West Ham loanees feature at the weekend.

On-loan West Ham defender Reece Burke returned to action following last week’s international break, helping Wigan Athletic secure their first point under new boss Warren Joyce in the Championship on Saturday. Burke – who has now started Wigan’s last four matches at right-back – was making his sixth appearance in total, having recovered from an injury which ruled him out of September and much of October, was solid in the 0-0 draw.

Elsewhere, Josh Cullen again started for Bradford City in League One, however the Bantams were convincingly beaten 3-0 at the hands of Southend United. Lewis Page was also in action in League One, playing 90 minutes for Coventry City, though the Sky Blues were also on the end of a humbling defeat.

Martin Samuelsen was an unused sub in Blackburn Rovers’ 3-2 victory over Brentford, while George Dobson was also an onlooker from the bench as Walsall were beaten 2-1 by Gillingham. essexlive.news