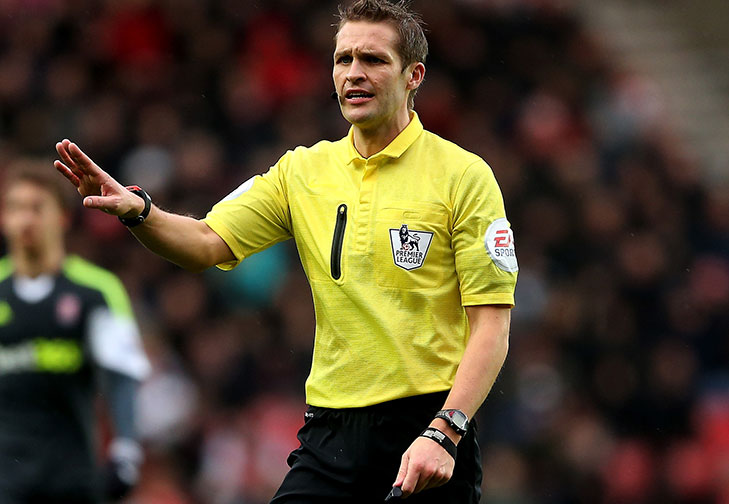 With Crystal Palace and Sunderland getting 3 points in the Saturday 3 o’clock kick offs, West Ham are now one point above the relegation zone and it’s a position we do not want to be in going into the New Year. Andy Carroll scored a hat-trick against Arsenal at Upton Park last season, and he was fit enough to be named on the substitute bench after his recent injury. The referee appointed to officiate this London derby was Craig Pawson. Before the game, there was a minute silence for the 72 people who died in a plane crash in Columbia. 19 players and officials from Brazilian football team Chapecoense died in the crash and the minute silence was respectfully observed by both sets of players and fans.

The first 45 minutes of the game I will never get back. It’s embarrassing that we were playing at home and were not showing any desire, fight or hunger to get back into the game. We didn’t make an effort to run at Arsenal with the ball, battle for the second ball or close Arsenal down quickly – it wasn’t great viewing. With all the injuries piling up, it’s a pivotal time of the season and we cannot afford to be in a relegation fight come New Year.

The first 20 minutes Craig Pawson frustrated me. He missed a couple of clear fouls in my opinion and the majority were against West Ham. His positioning was good and he was on top of the play. Pawson issued one caution in the first half and that was for Arsenal midfielder Francis Coquelin for kicking the ball away.

Craig Pawson was busier in the second half issuing five yellow cards, which saw West Ham get completely torn apart by Arsenal. The first caution of the second half, second of the game, was for West Ham’s young forward Ashely Fletcher. Fletcher caught Laurent Koscielny after the ball slightly got away from him. Winston Reid was the second West Ham player to be cautioned after the West Ham defender went through the back of Alexis Sanchez. As a player, as soon as you come charging through the back of another player, it’s automatically going to be a caution. The second Arsenal player to be cautioned was Laurent Koscielny for taking out Ashley Fletcher. The West Ham forward was quick to turn and beat Koscielny which resulted in Koscielny bringing Fletcher down to stop him progressing.

West Ham got their consolation goal from substitute Andy Carroll. Andre Ayew was fouled by Shkodran Mustafi, who received a caution for his foul 25 yards from the Arsenal goal. It was Dimitri Payet’s free-kick which ricocheted off the crossbar into the path of Carroll who was quickest to react. It didn’t take long before Arsenal got their 4th and 5th of the match but Alexis Sanchez was offside for his hat-trick and 5th Arsenal goal. The assistant referee was in line with the last player in the West Ham defence and decided against the decision which in my opinion was incorrect.

Álvaro Arbeloa was called into action within the first 4 minutes of the game after James Collins went off with what looked like a calf injury. The two time Champions League and FIFA World Cup winner was in no mans land for the majority of the match and left the right hand side completely unattended for Arsenal to exploit. Arbeloa was the final player that Pawson cautioned after a trip within stoppage time.

In my opinion, Craig Pawson frustrated me with certain decisions throughout the game, decisions that easily should have been made which were missed. It is frustrating that the assistant referee didn’t see that Alexis Sanchez was offside. As an official, you need to be switched on regardless of how long is left in the match and the score, even though West Ham were 4-1 down and disallowing the goal wouldn’t have made a difference to the result.

A note on West Ham, it’s embarrassing to watch the performances this season and it’s difficult to see how we’re going to get out the current rut. Slaven Bilic’s comment post-match are very alarming as he’s said that the players don’t even train with the right intensity and in fairness to Bilic, you don’t have to have a pro licence to see that player’s aren’t pulling their weight this season. The board have got a huge decision on Bilic and whether to keep their faith in him or let him go. Our next game is away to Liverpool next Sunday and with the form Liverpool are in at the moment, it could be double figures.