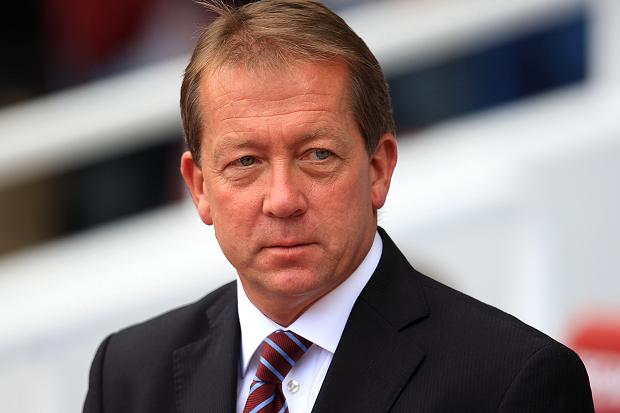 All of this talk of Bilic being sacked, has got me thinking about our recent manager history. We have had some legendary managers, including Ron Greenwood, John Lyall and probably my personal favourite, Billy Bonds. However, we have also had some not so successful managers, with Avram Grant jumping to mind.

It is almost ten years to the day that Alan Curbishley was appointed as West Ham manager, after replacing Alan Pardew, so I thought I would look back at our managers over the last decade.

Here are the stats for our managers over the last decade, this is in all competitions.

At the time I remember not being happy about this appointment, it just didn’t fill me with excitement and even now I don’t have particularly great memories of Curbishley’s time at West Ham, yet he has the highest win ratio out of all the managers this past decade. Curbishley led us to seven wins out of our last nine games, making the great escape, by beating Manchester United on the last day of the season, with that infamous Tevez goal. For this reason alone, I should have positive memories of him, but for me the style of play together with his apparent lack of desire, he isn’t affectionately remembered.

Zola has the lowest win ratio out of the five managers over the last ten years, but for me, I can’t help but think of him fondly. He is certainly a likeable man and I really wanted him to do well. He managed to get our team playing The West Ham Way, with creativity and flair and it was pretty enjoyable to watch. During his first season he guided us to ninth in the league, just two points off of Europe. Sadly, the results did not reflect this creativity during his second season and we finished just outside of the relegation zone and predictably Zola was sacked after less than two years.

I don’t think I need to say too much about Avram, even David Sullivan admitted that he had made an error in employing him. There were many negative things that could be said about the short time he was at the club, including his bizarre team choices, his complete lack of passion and the inevitable relegation, but there are two things that I will thank Avram for. Firstly, his signing of Winston Reid, as that turned out to be quite a signing and the other was one of my most memorable games at Upton Park, beating Manchester United 4-0 in the League Cup.

After being relegated, Sam’s job was to get us promoted straight away, which he did (the hard yet exciting way). The play-off final was incredible and I clearly remember singing ‘Allar, Allar, Allardyce’, but this relationship didn’t continue for too long. His criticism of our fans and questioning ‘the west ham way’, was only ever going to cause friction. This is a strange one for me, as I was so relieved when Sam’s contract was not renewed, as for me he had lost any respect for our fans and could not continue. His style of play wasn’t the most enjoyable and his team selections were questionable. However, it cannot be denied what he achieved in his time at West Ham.

I had wanted Slav to be manager for quite a while, instead of some of the previous appointments, however, when it came to him being appointed, I was a little unsure. After being linked with some very high profile managers, I couldn’t help but be a little disappointed, but once I heard him speak about the club, I knew he was the right man for the job. From day one, he has understood what it is to be a West Ham fan, which is what we have missed for some time. His first season in charge was phenomenal and was the best season I have ever witnessed, as I was born a little too late for the 80’s success. He managed to get the team playing with creativity, passion and desire and all of that took place in one of our most important years in football, our farewell to Upton Park season. Nobody can ever question his love for the club, you only have to watch his reaction to beating Manchester United in May, tears from a manager, when do you ever see that? However, the team is looking a stark contrast this season and you can’t deny that he has to take some of the blame.

In conclusion, sadly I think if we lose next weekend against Liverpool, depending on the nature of the result, there is a strong possibility we may be saying goodbye to Bilic. I don’t want Slav to leave, I love his passion and feel that he loves us and understands what it is to be a West Ham fan, but I also understand that the board are probably in a no-win situation as if they don’t act quickly, the fans will be on their backs (even more than now, which is saying something). I really do want Slav to do well and turn things around, I hope the Board give him a few more games and that the players start paying him back for that fantastic season.