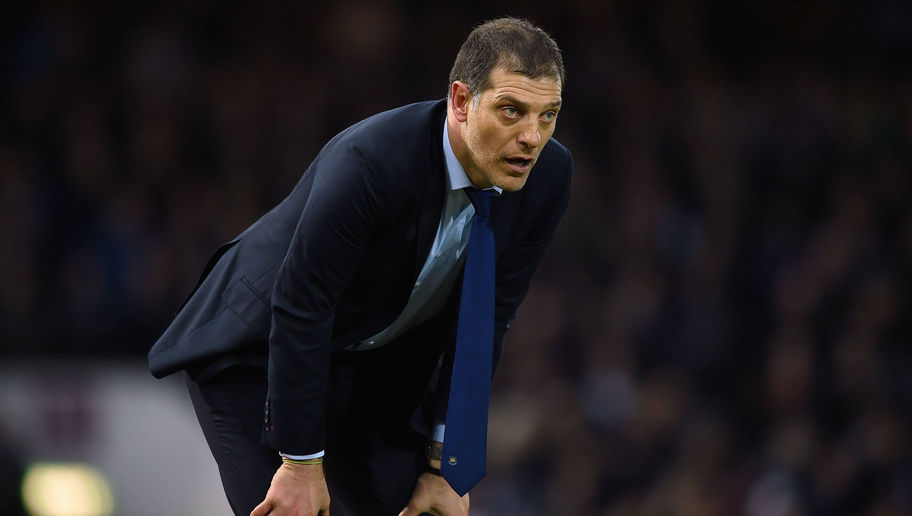 After a torrid start to the season, West Ham United fans are starting to breathe a little easier after the first of their festive fixtures, having witnessed by far the Irons’ best performance of the season as they dispatched Swansea 4-1. Beyond the result, what will have satisfied the supporters and club hierarchy most of all about today’s game was the involvement of several of the club’s summer signings in key moments, as Andre Ayew, Edimilson Fernandes, Havård Nordtveit and Sofiane Feghouli all had direct influence on the goals.

Attention therefore, will soon turn to the upcoming January transfer window, and any useful additions that Slaven Bilič could make to his squad. Tweets demanding the opening of wallets and the venturing of hands deep into pockets are already being directed towards David Gold, and peculiarly, David Jr and Jack Sullivan – Irons’ fans presumably alight with a fine rage as they click ‘Send’ on a tweet to a teenager, demanding they squander millions of pounds, one assumes of their pocket money, or perhaps that which belongs to a club their father owns, on a 30-year-old Colombian.

Despite these 140-character tantrums, it is this writer’s opinion that the club must exercise caution in any dealings this January, and that we the fans must be braced for a window of loan-to-buy agreements and potentially, failed deals if the owners are priced out of the market. There seems to a be a not-so-silent part of the fan base that seems to see such sensible curation of club finances as corrupt embezzlement of riches they perceive as their own, presumably envisaging David Gold as some sort of Scrooge McDuck figure, swimming in the ten million pound coins he could have otherwise spent on Gokhan Tore. Of course, Gold and Sullivan, and even their children, cannot win in such a scenario, and will inevitably be accused of one thing or another, but Twitter abuse from those with little grasp of how a club, or indeed a business, works is small price to pay for fiscal solvency and a squad not laboured with deadwood.

January has never been a fantastic time for value, rather like buying your Christmas presents on Christmas Eve instead of on Black Friday. Something that has been common knowledge for many years now, Sir Alex Ferguson always complained about the window itself, becoming known as an open disciple of the anti-January window ideology. And, with the Irons’ owners being in the market for a new striker who can guarantee 20 goals a season, rather than a reserve goalkeeper, so too are West Ham subject to the pricing and risk that Ferguson complained about – the pains of shopping for a commodity everybody needs right now and not nearly everybody can have. It is, sadly, just basic economics.

In addition to this, as a club, West Ham don’t have a fantastic recent record of making signings in the January window that make a long-term difference – Nicky Maynard and  Vaz Te helped the side on to promotion in 2012, whilst  Demba Ba nearly staved off relegation a year before that, but you’d be hard pushed to call them effective in the long term. Otherwise, beyond Sam Byram it’s been slim pickings in terms of sound investments for a good few years. Such business is fine if you’re in a relegation or promotion battle and need anyone from anywhere you can find them to get you 5-10 goals between January 29th and May 20th, but when a team is considering paying twenty million pounds for a shiny new striker, it’s a big risk, and has historically yielded West Ham very little reward.

Rumours are already swirling of Bilic re-igniting interest in Batshuayi, Bacca and Iorfa, all of whom would be wonderful additions, and certainly plug gaping holes in a team that needs it, but the club should also maintain a collective cool head and not dip excessively in to funds that could be used in the summer to greater effect at better value. West Ham have already experienced the bad side of risking money on a striker this season, as they did with Simone Zaza, and they no doubt thank their lucky stars that they avoided paying twenty-five million for him.

Nonetheless, given a promising December, leaving Eighth place only three points away, Gold, Sullivan, Bilič and the fans have every right to be aiming high and thinking positively, but it is in the best interests of all the involved parties that the best solution possible is found, whether that entails in spending the money now, or holding on to it until better value is available in the summer. Perhaps then, West Ham fans should prepare for a quiet window, and enjoy whatever comes if and when it does, there’s plenty of promise ahead regardless.