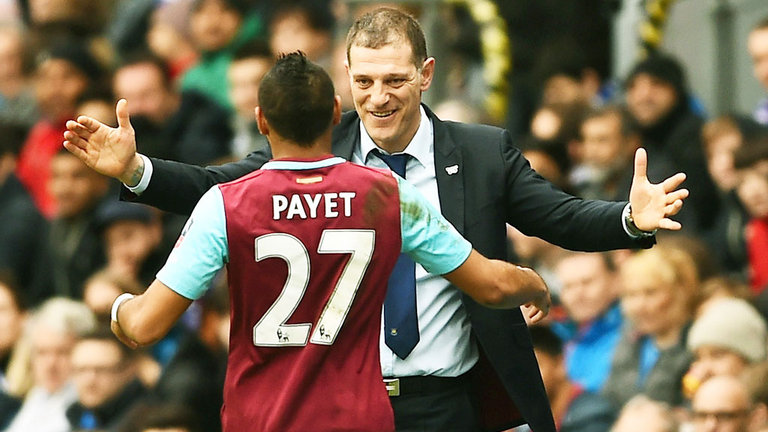 West Ham today insisted they will not sell their star man Dimitri Payet, despite increasing speculation in France that Marseille are preparing a £30million-plus bid.

The France midfielder was substituted during the second half of last night’s 2-0 home defeat by Manchester United, further fuelling rumours that Payet is poised to return to the club from which he was signed by West Ham for £10.7m in 2015.

Respected French newspaper L’Equipe devoted extensive coverage to the story. Marseille are managed by Rudi Garcia, who was in charge at Lille when Payet was there.

Other stories in France have suggested that Payet’s family are keen to move back to the south of France and that Garcia has been in regular touch with the player in recent weeks.West Ham though, remain adamant that Payet is going nowhere.

“We have already said that he is staying,” said West Ham manager Slaven Bilic. “He is playing well, really well recently against Swansea and Leicester, and worked really hard against Manchester United.