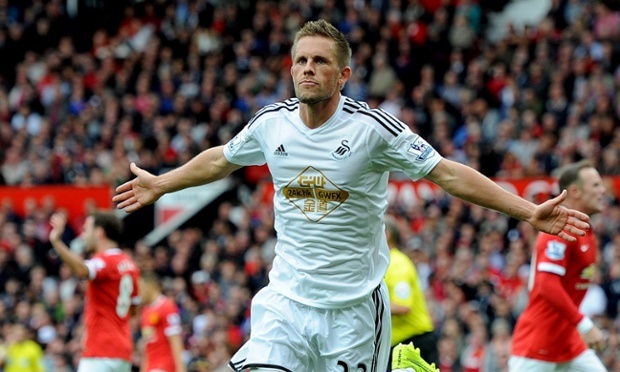 Ok, so this might be about soon, after all, Slavens heartbroken press conference announcing that Dimitri Payet no longer wishes to be at the club is still being shown and discussed by football ‘experts’ up and down the country-but despite Slav (and then Jack Sullivan on twitter) stating that we do not wish to sell him, the truth is that Payet is most likely going to leave this window. Payets actions and attitude mean that even if he had a change of heart, the fans no longer want him and what would rather his perceived selfish and arrogant attitude be nowhere near the club.

And with the romance dead, it’s time to consider what other fish are in the sea.

The likely one: Robert Snodgrass

We have apparently had bids of 3 and 5 million rejected by Hull for their star man. And whilst he may be an underwhelming option for many fans, there are a number of reasons his addition has merits. He knows the league, is a cheap option (in today’s market) and is having a good season. He has 7 goals, 2 assists and has a higher percentage of completed passes and take ons than Payet. (85% and 60% respectively). He has also created 40 chances for teammates, and given Hull are probably the only side with more non-existent strikers than us, it’s safe to say with a decent finisher more of these would have become assists. He is roughly the same age as Payet so isn’t one to build the team around but he is a better option than he first seems.

The Swansea playmaker appears at first glance (on twitter at least) to be the player most fans would like to see feel the Payet shaped hole in our team. And it’s easy to see why. He has more goals to his name this season (5) and equal number of assists (6) as Dimi and poses a similar threat from a dead ball position. He has also been consistent in the league for a number of years now so is a reliable option. He is less likely to get us out of our seats with a mazy run (he’s completed just 42% of his take-ons) and his passing accuracy is below that of Payet and Snodgrass at 76%. However he has still created 38 chances for teammates in a poor Swansea side and you’d hope with better players around him he could get more space. The only question mark would be his previous stint in London with the Spuds but he was competing with Bale for a place in the side for a lot of that time. There is also the added bonus that signing him (or Snodgrass for that matter) would also weaken a side that we might still be in a relegation battle with come May!

I am not suggesting for one minute this would be an easy deal to pull off. However if we got around 35 Million for Payet I would like to see us put that straight back into his replacement. We have seen with Spurs and Liverpool (following the sales of Bale and Suarez) that using the money received to try and strengthen the whole squad is a bit of a hit and miss approach. We are already in the market for Hogan, Batshuayi and a right back so we have funds regardless of if Dimi goes or not. So the Payet money can go on replacing him. And for me Barkley would be the perfect choice. He’s young, talented and in my opinion in need of a new start. Koeman doesn’t seem to fully trust him to be his creator in chief and could be persuaded to part company with the former ‘next Gazza’. Whilst his “key figures” such as goals (3) and assists (2) are below the levels of Payet and Sigurdsson, his passing accuracy and successful take-ons surpass both of them (83% and 63% respectively) and his chances created (43) is not a figure to be sniffed at. Plus he has that “X Factor”, the ability to get fans out their seats that we will miss once Payet departs. He has his best years ahead of him and with Bilic putting his faith in him to make things happen for us I think he’d flourish in Claret and Blue.

The u21’s catalyst could be given an opportunity to fill Payets boots. Full of energy, tricks,pace and above all a burning desire to play for us, Browne could be the answer we are looking for. He has formed a good understanding with Toni Martinez (who looks like he could finally get a first team bow soon) and looked impressive in his cameo in our I’ll fated Europa cup run. He has scored 4 goals in the Premier League 2 and whilst he hasn’t yet registered an assist in his no.10 role, he has played well against Football League opposition in the Checkatrade Trophy. It would be a real gamble to put faith in one so young and untested, but we do love one of our own and what better way to heal of hearts than to see an academy graduate pick up the playmaker mantle.