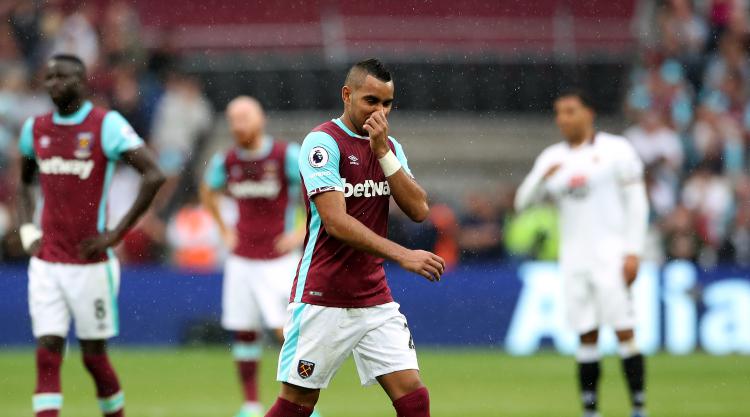 This was written by: Aaron Lee aaronlee90@hotmail.com

As we come towards the close of the transfer window many are wondering if we will see the departure of Dimitri Payet. In my honest opinion last season Dimitri Payet was probably the best player I’ve seen pull on a claret and blue shirt in my time as a West Ham United fan. I absolutely adored Paolo Di Canio and Joe Cole but Dimitri made a habit of continuously getting people off their seats on a regular basis. West Ham gave Payet the platform to perform in the best league in the world and he grabbed his opportunity with both hands. I’m sure his free kicks against Crystal Palace and Man United will live long in the memory for us hammers fans but where did it all go wrong?

Rewind to February 2016,Payet had just been given a new five year contract and a pay rise for his outstanding performances earlier on in the season and he was more than happy to sign it. He stated his love for the club and the fans and made a statement saying the love affair continues,he vowed how he wanted to be with West Ham for many years to come. Payet swept up award after award at the end of season player awards ceremony and not many could argue that he didn’t deserve the awards. He stated how much Slaven Bilic was a father figure to him,he loved the club and was grateful for the tremendous support from the fans and once again mentioned the love affair he had with our supporters. Shortly after this he lit up the European championships showing displays that West Ham fans had become accustom to throughout the season scoring a stunning strike against Romania and scoring against Albania to confirm France a place in the last 16. As many of you remember this was the game where Slaven Bilic climbed on the announce table arms aloft in celebration at our midfield genius, Payet was voted in the Euro 2016 team of the tournament and also became shortlisted for the Ballon D’or  becoming only the fourth West Ham player to get nominated for the coveted award following in the footsteps of Sir Geoff Hurst, Martin Peters and Bobby Moore.

Fast forward nearly a year from when he signed his improved contract,the same man who declared his love for our club and how proud he was to wear our famous shirt has now decided to down tools refusing to play so he could engineer a return to Marseille. This isn’t the first time Payet has tried to force a move by going on strike.  He done the same while at Saint-Etienne in 2011, threatening to fake injuries to rule himself out of selection, not turning up for training sessions. This was revealed by Slav in his press conference, the same man who only a few months earlier Payet was claiming he considered a father figure. Slav had the look of a broken man and claimed how upset and angry he was about the situation. When Dimitri has played this season the flashes of brilliance that we adored last season have been few and far between. Many had questioned his commitment and desire this season suggesting that Payet has the look of a man who didn’t want to be here. For me this became clear even more so in our game in the league cup at Old Trafford when Ashley Fletcher scored his first goal for the club, Dimitri decided to jog back instead of celebrating with the rest of his teammates.

As many of you would have picked up on the media have tried to claim that Slaven done exactly the same back in 1997 when Everton tried to sign him, this could not be further from the truth as Slaven insisted to the Everton officials that he had a debt of loyalty to West Ham and he would stay with the club till the end of the season to ensure we was not relegated and that turned out to be the case before he departed for the blue half of Merseyside.

After the brilliant second half performance against Palace on Saturday you could tell the players were together and behind the manager there was a sense of urgency to prove that we don’t need Payet. Our fans who were fantastic were behind the team and especially Slaven Bilic from the first whistle to the last. The good thing to come out of this Payet situation is that it has seemed to bring us all back together that was without doubt the best atmosphere in a Premier League game at the London Stadium and I hope this continues. Obviously the owners and super Slav have stated Dimitri Payet will not be sold in this window but for me the sooner he goes the better, there is no way back for Payet at West Ham and as far as I’m concerned I wouldn’t want to see him in our shirt again. His actions and attitude will do nothing to help the team and this has been stated by the likes of Andy Carroll and Mark Noble, no player will ever be bigger than the club and West Ham United will be around long after Payet has gone so as much as you was adored because of your genius and brilliance the love affair is now over Dimitri.

Come on you Irons