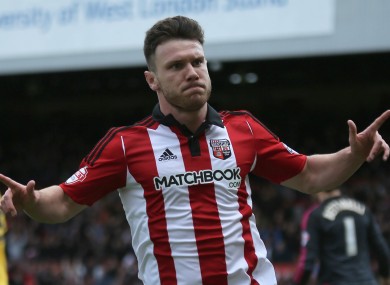 Good afternoon Hammers, here is a round up of  the news this lunchtime.

The West Ham board have criticised Dimitri Payet after the midfielder finally completed a move to Marseille last night. (BBC)

Dimitri Payet was made to pay back his January wages before being allowed to move to Marseille. (Sky Sports)

Karren Brady says fans will be able to replace shirts with Dimitri Payet on the back of them. (Telegraph)

I just wanna say that I am so glad that he is finally gone. He has been disrupting us all season with his poor attitude and I hope that the boys can keep up their recent good form and continue to push up the league table.

Slaven Bilic will have the final say on whether West Ham sign Scott Hogan before tomorrow’s deadline. (Express)

The Hammers have opened talks with Brentford regarding Hogan in order to try and finalise a deal for the striker. (Mirror)

I really hope we do sign him. It is clear to see that we need a striker and in my opinion, Hogan would be the perfect signing. If we don’t sign a striker, I would consider this window a massive disappointment.

Ashley Fletcher is set to join Leeds on loan before tomorrow’s deadline, as the striker is keen to get more playing time. (Daily Mail)

I can see why he wants more game time, and I can’t understand how Bilic continues to play Calleri over him. If I was Fletcher, I would expect to be playing over Calleri and be getting a few more minutes on the pitch.

West Ham are set to make a move for Joe Hart in the summer window. (Sky Sports)

He would be a fantastic signing for us, but we will have massive competition for him. I certainly do hope we sign him because I think he is an outstanding goalkeeper.

I think a loan move for Oxford is best for all parties. He won’t play much for us this season, but he will play at either of the clubs chasing him. He would mature so much as a player and hopefully he can come back and be pushing for a place in the starting team next season.