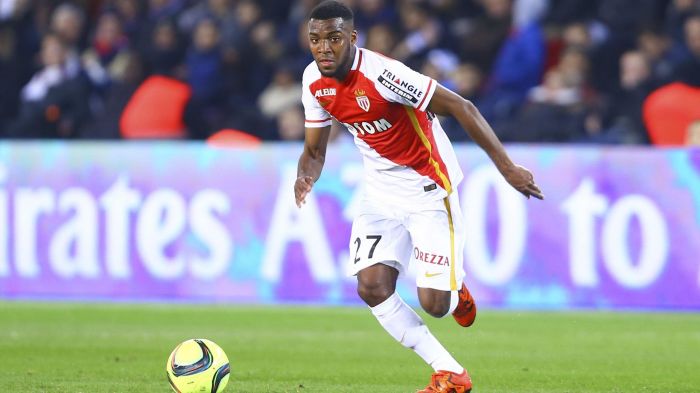 Brian Knox
Personal Information
Thomas Lemar
Age: 21 years
Height: 5 ft 7 in
Positions : Winger/Attacking Mid
Nationality: French
Current Team: Monaco
Background
Born in Baie – Mahault, Guadeloupe ,
This Frenchman Thomas Lemar has been a regular in the French youth teams and has consistently caught my eye.
Starting off at Caen in his youth career in Ligue 2, before making the step up to Ligue 1 signing for Monaco in his teen years.
He has been a fantastic buy and a sign of what great talent there is in France .
Style of play
Thomas Lemar is my most favourite player in France at this moment in time.
I rate him very highly and feel he is on the verge of becoming a well known star in the next few years to come.
I rate Lemar so highly that I wouldn’t think twice about replacing Payet with him in the summer.
I would give Monaco what they want money wise and know the fans would totally forget about Dimitri Payet!
He has similar threats to what Payet offered us, but also a lot more.
Not only does he have great Free kicks, creativity, scores goals.
He has the extra pace, ability to be more of a major problem for defences as he is harder to stop on the ball.
His Left foot is fantastic, great long shots and expert deliveries
from wide areas.
When you watch how he passes the ball with the range of passing he has along with his finishes, it totally blows you away.
His technique is out of this world!
Not only that.. he works very hard off the ball and gives his all for the team.
He is very technically gifted, a phenomenal talent that has just been capped for the French senior team.
In the summer I would be happy if we just signed Lemar alone, but obviously a right back would be much needed also. 🙂
Written by Richard Jones – via twitter @emagehtjr