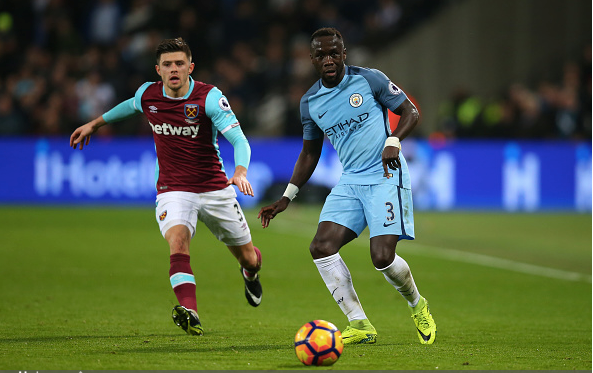 According to talkSPORT, West Ham United are one of a handful of clubs interested in snapping up Manchester City right-back Bacary Sagna on a free transfer at the end of the season.

The 33-year old has not consistently featured in Pep Guardiola’s plans this season and is not expected to renew his contract in the summer. The former Arsenal defender enjoyed a solid Euro 2016 reaching the final of the competition, yet the Frenchman has featured predominantly on the bench for his club this season.

Occupying an FA Cup, League Cup and three Team of the Season awards, Bacary Sagna would offer an experienced, Premier-League proven option on the right-hand side of West Ham United’s defence. The Manchester City defender is currently on £60,000 a week. With Sam Byram prone to injury and Álvaro Arbeloa ageing, Slaven Bilic is expected to be in the market for a first-team right-back this summer. West Ham fans will be familiar with their chairmen’s admiration of free transfers, therefore this could possible be a deal which may suit both the board and the fan base.

The original article is here: http://talksport.com/football/transfer-news-everton-and-west-ham-both-keen-manchester-city-defender-bacary-sagna