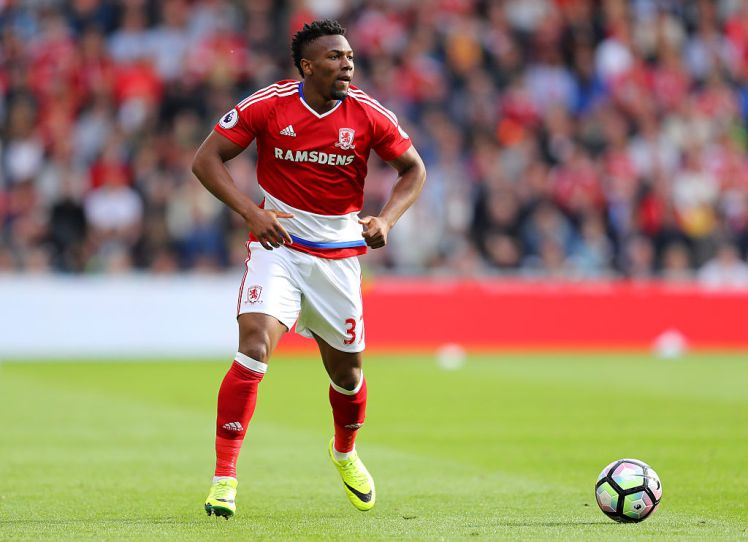 With West Ham now safe in the Premier League, journalist and season ticket holder Darren Chapman, gives his view on who he feels Slaven Bilic should be adding to the squad, in the summer transfer window.

It`s been a tough year for everyone associated with the club, from the board, players, fans and staff. Moving to a new stadium was always going to be strange – but was needed, if you’re going to compete at a high level, a big, top quality stadium is part of the plan, yes it’s not ready yet and needs work, but that will come in time.

Dimitri Payet, who lets face it was unbelievable last season, anyone who witnessed the Frenchman would agree, he is by far the best player I have ever seen in my time as a Hammers fan.(I`m only 26)! So when he decided to throw a strop and refused to play, it affected the players massively and for the first four months of the season, our bad form – I certainly put a lot of the blame down to him.

Transfers didn’t work out how we all thought they would, sometimes this happens in football though, not just for West Ham, but many other teams all around the world. So for me, the way Slaven has handled all of these problems, plus the fact we faced relegation at one point this season, you have to give the man credit for coming out on top.

Now we our safe in the League, I feel the board should back Bilic, they should give him some big funds and let him go after he wants this summer, hopefully the deals can be done early, and with the likes of Reece Oxford, Reece Burke, Martin Samuelsen and Josh Cullen all returning from loan, getting the squad prepared and all together early in pre-season in a must.

Here is a list of six transfer targets, I feel could improve the current squad, and help us move forward in the right direction next season:

This may shock people, but lets face it, but chasing top named players, means paying big money. The likes of Joe Hart have been linked, and yes having England`s number 1 would be great, but wages and the transfer fee would be too much. Bentley has played in most of the English leagues, from the conference to the Championship. When he was at Southend in 2013-14, he kept 19 clean sheets, and the following campaign went on to break a club record of 10 clean sheets in a row – granted it is a lower League, but still impressive. Now at Brentford and only 23 years old, he`s English, and I feel for a good price, why not bring him in and give him the chance to step up, Darren Randolph and Adrian could help him along the way, as well as battle with him for competition.

A Premier League champion, natural leader and experienced, this is everything West Ham lack. The right-back spot has been a bane in all Hammer`s fans lives for a long time. Sam Byram is showing great potential, so Zabaleta could come in and rotate with him throughout a long and tough season ahead. He could give him every bit of knowledge he knows, plus become a fans favourite. A tough tackler, a winner and someone who, despite his age, can still get up and down the pitch. The Argentine’s contract is up in the summer, so could arrive on a free transfer.

At the age of just 21, and with Boro all but doomed for relegation, this man could be a great signing and also for a good price. Having come through the ranks at Barcelona, the Spaniard moved to Aston Villa in 2015, but only featured 11 times, from what I have see of him, he looks dangerous, every time he gets the ball he isn’t afraid of running at defenders – exactly what we lack. After moving to Teesside in 2016 he has played 24 times so far this season, and again every time I watch him, he does something positive.

Anyone that has watched West Ham this season, will tell you, we lack speed and width. Khazri plays in a Sunderland side that is heading towards the Championship, so again like Traore, he could arrive a smaller fee. The Tunisian international, is quick and isn’t scared of going for goal or whipping a ball in the box. He has a fiery side, which is a downfall, but could be worked on. After watching him over the past two seasons, I feel he would be an exciting addition.

Again another player from Sunderland, and despite doing the dirty on the Hammers by joining Spurs, his goal record speaks for itself. Putting that all behind us, its obvious the club needs a player who can put the ball in the back of the net, with over 150 Premier League goals and no sign of slowing down, why not go for Defoe? He has just been picked for England, so its clear I can’t be the only person who sees him as a pure goal-scoring machine. With Andy Carrol, Diafra Sakho, Andre Ayew and youngsters like, Ashley Fletcher and Toni Martinez for back up, adding the former Hammer, I feel, would be a no-brainer, and he is available on a free transfer come the summer.

We chased this big Belgium all last summer, he choose Chelsea and this seems to have backfired on him – well unless you like sitting on the bench. Having only played 16 times, and scoring 3 goals for Antonio Conte`s team, surely the young man wants to now move on and prove himself, just like Romelu Lukaku did some years ago. With a playing style like Didier Drogba, Batshuayi is big powerful and can score goals, having moved to the Premier League from Marseille for over £33 million, Chelsea will want to recoup a lot of the fee back, so the board may have to break the bank. But even if he costs £20/£25 million, the Belgium could become a great signing, and add much needed depth to the squad.