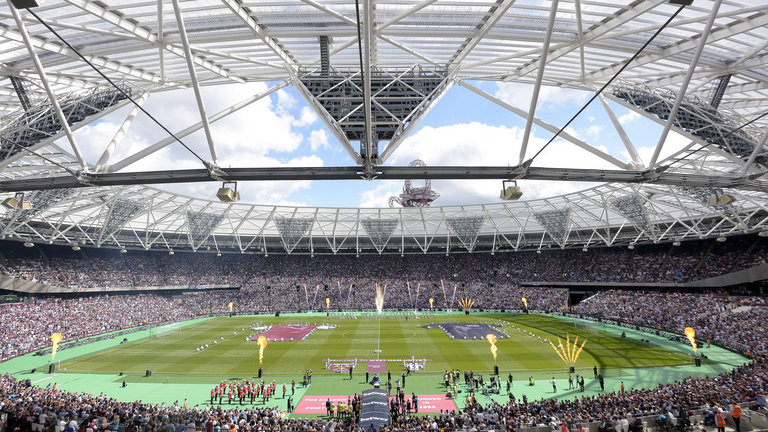 “You’re not West Ham anymore” “You have sold your soul for this shithole “are just two of the taunts, sung to us Hammers fans following The Club’s move from The Boleyn Ground to The London Stadium. I had mixed feelings about our move from The Boleyn Ground to The London Stadium from the off. I was of the opinion that The East Stand could be developed bringing our capacity to 46,000, which I felt would have been just perfect for a Club our size. I did not for one minute believe in the pie in the sky nonsense, that moving would enable us to reach ‘the next level’. Or players would be lining up to play at the ‘Iconic ‘London Stadium. That was sheer piffle in my eyes. Bar one or two, if you are willing to pay the selling club what they want, and meet a player’s wage demands, they sign for you. Whether you play at The Boleyn Ground, The London Stadium or on Mars is totally irrelevant

However as much as I loved The Boleyn Ground ,from getting off at Upton Park Station ,stopping for a couple in The Queen’s.Then on to Ken’s Café for an all-day breakfast, arriving at the ground as the players were warming up. I never tired of making the journey from Fareham. But let’s not kid ourselves, not every game was like the final game against Manchester United. At times you could hear a pin drop, on other occasions the mood would turn ugly, with fans turning on our own players with taunts of: “You’re not fit to wear the shirt”. Neither was the ground a fortress, we have suffered some horrific results and real pastings to be truthful. The after match experience of getting to The Queen’s ,then having to march all the way down to the flats, go around a pole then come all the way back up to Upton Park Station used to get on my nerves. When it became obvious that there would be no turning back I accepted reality, although I had reservations about how far away the pitch was from the stands. I was also prepared for teething problems, as Saints fans warned me how they struggled to adapt when they moved from The Dell to St Marys.

The big problem was expectations were raised with The Club saying three or four top signings arriving, added to the fact that we had just come off an incredible season. As a result fans had really high expectations. When expectations were not met transfer wise, a section of the fans were very disillusioned before a ball was kicked. Added to the fact that results on the pitch were poor, The Stadium migration problem became a major issue. Which the media was very quick to expose, as in their eyes West Ham had been ‘gifted’ a Stadium at the tax payer’s expense. Problems there certainly were and some remain. On existing stewarding, or not enough stewards which led to chaos in the stands. Fights with away supporters or West Ham fans on West Ham, ugly scenes that terrified small kids. Not on. Some got upset because they got called ‘customers’ and Popcorn gets sold at the ground. Whatever for ?In my Grandfather’s time they sold Bovril, and used to stand so tightly next to each other they were like sardines .In order not to lose their standing place ,fans would piss on each other’s legs !Times change !They sell popcorn so what ?A lot of the fans from visiting clubs, would come up to the ground looking to start trouble. No doubt having watched Green Street too many times .Although far from perfect the match day experience at The London Stadium has got better. The Stewards have got a lot better for starters

Some fans have posted photo after photo or videos of each stage of The Boleyn Ground being demolished. Almost like a deceased favourite relative…sadly like the relative…The Boleyn is not going to rise from the dead. BUT…our memories of the great place will stay with us forever. Irrespective if we are pro move or against the move, are anti Gold and Sullivan or pro Gold & Sullivan, we are all passionate and extremely loyal West Ham fans. At this moment of its great history, West Ham United play at The London Stadium. We have got to make the move work, or we could well end up like Coventry. Make no mistake this is a MASSIVE transfer window, and The Board have got to deliver! NO excuses! Sob stories about Financial Fair Play don’t wash anymore. No other club makes a issue about them. Rules have become relaxed about them, and some legal experts reckon they are unenforceable anyway. Get the right signings in, get off to a good start next season and we will be living in the land of hope and dreams. This time dreams made at The London Stadium home of West Ham United. And The Boleyn? Never to be forgotten! That is where we our love affair with our great club started after all