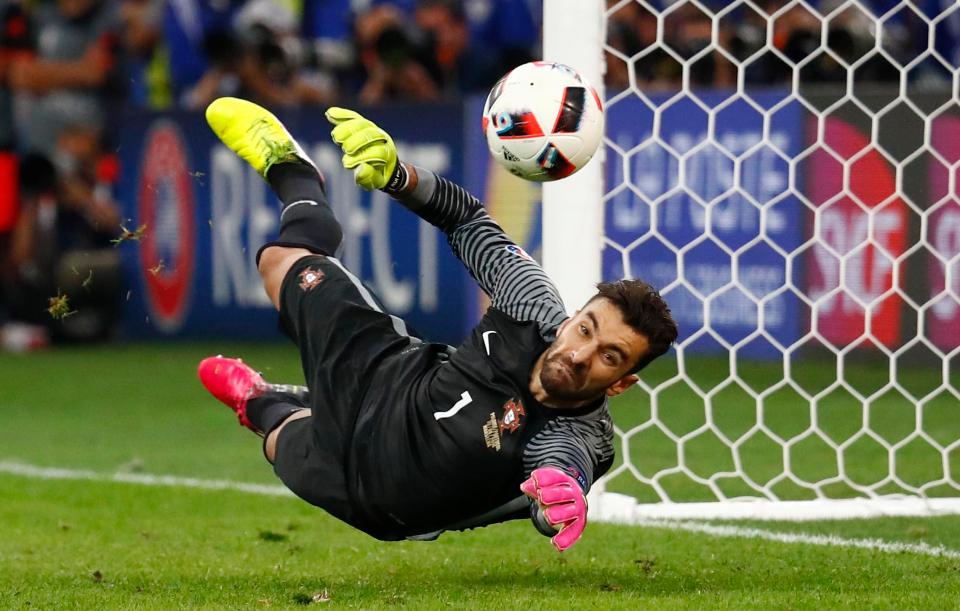 Rui Patricio has been a consistent part of the Portuguese National team set up since the U16’s team.

Rui was part of the Portugal team that won the EURO 2016 final and is hugely experienced.

60 Caps for his country and has been a very reliable figure for both club and country.

He has a strong mentality, a reliable player to have and gives defence good communication.

I have watched Patricio play many games down the years and I don’t remember him having many bad performances at all.

He performs well game to game and I believe he could easily play in the Premier League if given a chance.

He has the ability to react quickly to unexpected shots/ deflections, very quick minded.

Positions himself adequately in goal, experienced and composed.

I can’t think of a reason why he could not play for a top 4 club.

For example I believe he is far better than Joe Hart who West Ham have been rumoured to be in for.

He would command Lower wages also… so I would think he would be the better option for West Ham if we are on the lookout for a new GK.

If you want to see him in action the Confederations Cup is on TV across ITV channels.