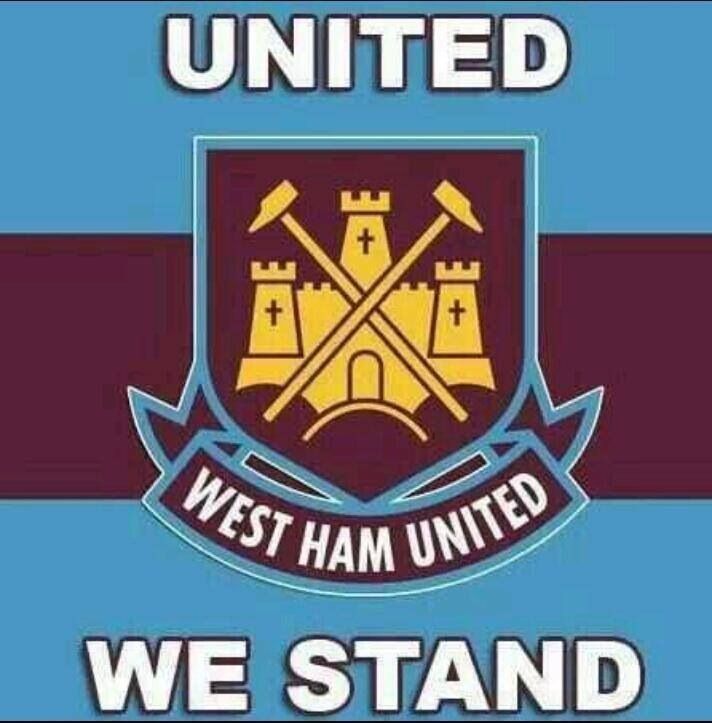 We faced a huge 90 minutes against Huddersfield Town, ninety minutes that could have made or broke our season. It all came down to Monday night. We are in hell right now people, believe me. So many different factions destroying our club. Either we heal as a team, G&S, Slaven, Players and fans, or we will crumble and die. As in life football is a game of inches. You win or lose by an inch as was shown by Obiang’s goal. We can stay as we are now, near the bottom of the league and at war with each other, or we can fight back together inch by inch… till we are back in the light. My fellow Hammers we simply CANNOT afford to do anything, but fight back together, till we are back into the light. If we had lost on Monday, I feared it would have been a repeat of the Avram Grant season and we would end up being relegated. This would be catastrophic for the club. Fear not we won and we won well against Huddersfield Town.

Much has been said about protests being made against The Board on Monday night. Believe it or not the club is not in a terrible state and no Gold and Sullivan have not been a total disaster for the club. Let’s face facts here: When they took over, the club was on life support. It was in a bloody mess from top to bottom, talk about being run to the ground. It started off with Terry Brown trying to flog the club, to a second hand used car salesman from Kent called Kia Joorbachien. All of a sudden one is watching Transfer Deadline Day on Sky, they announce West Ham have signed two Argentinian internationals. Stunned? I did not even think Terry Brown knew where Argentina was, never mind sign two internationals!

What a price we paid to secure those International’s, on what amounted to a season long loan. A fine of £5.5m and £25m to Sheffield United in an out of court settlement. Our great club’s name tarnished in some cases forever .Mr Joorbachien never did end up buying West Ham United but that did not prevent Terry Brown hawking the club around in his desperation to sell the club. Then it happened! WTF??!! Once again Sky Sports to the rescue! A black cab pulls up outside The Boleyn, out steps a bald headed character looking like something from Star Wars, announces he has bought the club. Biscuit Baron’s we were told. They took the biscuit alright! I often hear people say if it was not for the world banking crisis of 2008, we would have done far better under BG and co. “Eggy’s heart was in the right place “Well one can chalk that one off! BG bought the club with loans, all transfers were bought on the back of loans. TWICE we had to be refinanced under the BG and Eggy.

BG left the day to day running of The Club to good old Eggy. Who never had a clue, signing the likes of Freddie Ljungberg on £95 grand per week? Ljungberg would cry off from playing match after match because of headaches. A few years later I bumped into Ljungberg, at Glasgow International Airport. By then Ljungberg was playing for Celtic. I managed to have a chat with him, I told him I was a Hammer and asked him “What was the highlight of your stay at West Ham?” His reply? “Absolutely none.” At least he was honest! Eggy did not stop there, deciding to sign Kieron Dyer, who FAILED two medicals and give him £85 grand per week. Dyer spent almost an entire four years in the sickbay. Those were just two of Eggy’s deal’s that left West Ham staring financial Armageddon in the face. When the Icelandic’s hit a financial Iceberg and departed, they handed the keys to what amounted to The Club Secretary, Scott Duxbury. The same Duxbury, whose lies to The Premier League over The Tevez affair cost The Club £5.5 million. Our best players got sold, everything was mortgaged to the hilt .No investment in the first team, an Academy that had long forfeited its crown of being called The Academy of Football. We were basically out for the count. Like or loathe G&S but it is fact when they bought The Club, they walked into the bloody blitz not The Ritz. A shambles we most certainly were.

The sitting USA President at some point on the campaign trail, always asks his audience: “Are you better off than you were four years ago?” The audience break into a chant of: Four more years! Four more years! Thinking of the quality of our first team squad and an Academy that is starting to flourish again. One may not break out into a chant of seven more years G&S but you would have to concede that G&S have not been a total disaster. Don’t get me wrong, I was far from happy with the transfer window. I think the best word to describe all our post transfer feelings, can be described in one word: Frustration. We are three or four quality signings away from having a really good squad. So near but so far. One of the biggest problems the board is having at the moment is managing fans expectations. Some thought that as soon as we moved into the London Stadium, we will have reached ‘The next level’.

I fully understand that to a point. Sure we have extra revenue, due to moving into the new stadium but the trouble is that only really kicks in, in about three to four years’ time.  It’s like a young couple moving from a two bedroom house to a four bedroom house, in most cases they will have to do any renovations needed bit by bit as and when they can afford it. Eventually they do complete renovations and they have a stunning house. Same with West Ham. We have moved into our new home with a bit of patience-we will get there. Unfortunately football is not a reality TV show, where you can pick up the phone, and have people voted out of The Club at the drop of a hat. What is clear is that the club desperately needs a cash injection, to help it really compete against the big boys. David Sullivan the major shareholder has about £500m in liquid assets-Meaning for all the will in The World, he cannot afford to sign three or four players at a time costing 30-40m. I can see Sullivan buying out David Gold, then going all out to seek new investment. I laugh when I hear people say, I hope we are bought out by a Billionaire. That’s not as easy as it sounds, there are plenty of crooks who are billionaires as Orient fans will testify too. Look what has happened to Leeds, Blackburn, Charlton, and Blackpool to name a few. Let’s see how Tony Xia at Aston Villa pans out shall we. A new broom does not always sweep clean.

No doubt the media were hoping for protests against The Board, Dildos on the pitch rounded off by: YOUR GETTING SACKED IN THE MORNING!! SACKED IN THE MORNING! SACKED IN THE MORNING! To Slaven Bilic. So they could take the piss in the tabloids on Tuesday morning: Hammers in crisis! Hammers in meltdown! But thankfully we didn’t give them this! I will always remember meeting one of the hammer greats, Malcolm Allison, about ten years before he died, I was a nipper then and with Dad. He is sitting at a table having a few drinks with four other people. Dad goes over introduces himself and Big Mal, as he was called, invites us over to his table. Allison was fairly quiet to begin with, after a few beers he starts to open up, what that man knew about football was mind boggling. He spoke to the one bloke about Wolves and the other about Luton Town. He then turns to Dad and I, and talks about West Ham and “Robert” Moore as he called him. He told us how he had TB, a killer disease at the time. West Ham had got promoted and he was back to full fitness but the manager picked Bobby Moore over him. I CANNOT fully describe the look anguish on Allison’s face. It hurt him so badly decades later. He said the manager was right though! It also marked the beginning of the end of his time at West Ham. He then turned to Dad and said: “Do you know what hurt the most? Not Robert taking my place in the team. But having to leave West Ham “He then stood up, still an imposing figure at about 70-72, raises his arms aloft, head up towards the sky and sings Bubbles. I still get a tingle in my back now when I think of it.

We’re more than a football club, we’re a way of life!