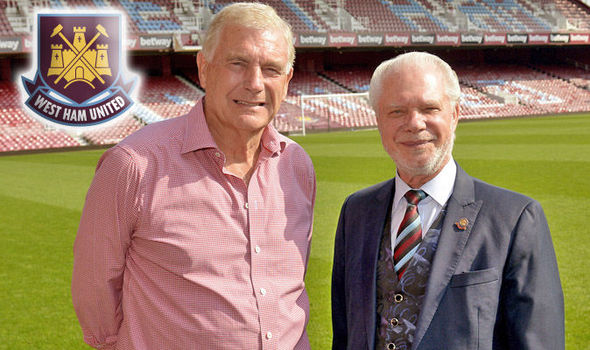 This is written by FarehamHammer

Does it ever stop!? A geezer say’s to me “You will be pleased! Gold and Sullivan are selling up! Robert Mugabe is buying The Club” Bloody West Ham, even in crisis they bring a smile to your face. Let us not kid ourselves, we are in deep trouble on and off the pitch. But we are by no means out for the count… just yet, but things have to change on and off the pitch quickly. I will tell you when a club is finished, it is when huge defeats or poor performances no longer matter. The end result being that supporters appear to be in the final stage of grievance. Acceptance, denial, anger, bargaining and depression have gone. As one could have seen from the chants at the Watford game of “Sack the Board” we are far from ready to accept our lot. It is simple really, if we did we would almost certainly be relegated. If that were to happen we could well end up like Coventry City or worse.

West Ham have always had a passionate and loyal fan, a ‘broad church’ people with different opinions. There is huge dissatisfaction regards The Board, we have been told lie upon lie! ABSOLUTE CRAP! Left the Boleyn so that we could reach ‘the next level’, that looks to be The Championship at this rate. Phantom bid after phantom bid, leaked to the media during the summer transfer window. Lies, lies sweet little lies. Christ on a bike! They even had Mrs Brady invite all the fanzine owners for a meeting, and told them: “We had a ‘substantial’ transfer budget”. Old Fareham could not stop laughing! Thank f**k I was not at the meeting I would of told Mrs Brady a thing or two! Believe me. Mrs Brady is rude, arrogant and thinks West Ham fans are beneath her. Always looking to have a dig at West Ham fans, whether it’s about blue popcorn, wanting Spurs to win the league, always ready to niggle us Hammers.

Her dig at Slaven Bilic in The Sun regarding his sacking sums her up completely. Devoid of any class, the relationship between Mrs Brady and the fans is toxic, it’s destroying The Club. She MUST go! Although calling her a C*** is bang out of order. Who can replace her? It’s obvious! One of our own Sir Trevor Brooking. Trevor knows football inside out, and is an astute businessman. It would be a huge step in the right direction in my opinion. It would help unite The Club that is for sure. So what of The Owners themselves? Well that is a bit more complex in my humble opinion. Do I buy into the notion that they sold The Boleyn to make money? Absolutely! Did they think The London Stadium move would pan out like this, well it would be easy to say yes, but cast your mind back to a few seasons when we beat Chelsea 2-1 at The Boleyn, The game where Jose Mourinho got sent to the stands. Remember the photo in the papers of Messrs Gold and Sullivan GOING OFF THEIR NUT IN THE DIRECTOR’S BOX?? You are all intelligent enough to make your own mind up. Do you really believe they thought: “Ha ha we are going to destroy West Ham and make a killing in the process” Don’t think so. The move was on Brady’s watch and she f***** up big time and they are having to deal with the consequences. Do the right think pay the £1.4 million bonus back Karren!

I have been beating the anti-board drum very hard lately, as like many I fear for The Club if we go down again. You have got to bear in mind, that The Owners have FOUR relegation’s on their CV’s. It is almost like your partner has cheated on you four times, you have taken them back each time, yet once again there are telling signs that they are back on the game. As for them selling up and someone buy us. Unfortunately there are no sugar daddy’s waiting to snap the Club up, and splash millions in the transfer window. That is fantasy land stuff! The game is littered with Billionaires who have destroyed football Clubs. Still for West Ham to progress we are going to need to change the status quo. I think David Gold wants out anyway, his attitude towards fans on twitter says it all really. On more than one occasion he has deliberately tried to goad West Ham fans. Downright insulting at times. He always said if 87% of the fans wanted him out he would go. I can see Tripp Smith who recently bought a 10% stake in The Club buying Gold’s shares. Which should definitely give us more cash in the transfer market. So what of David Sullivan the majority share-holder? I can’t see him going anywhere.

Sullivan has come in for all sorts of abuse, some wishing he got cancer, another wishing that he dies. Some feeling that it’s open season on his children David and Jack. Board out! Time to march or die! You destroyed our Club! Fine. But vicious personal abuse no! For God sake we are a decent lot our mob! The great Bobby Moore wiping his hands on the Royal Carpet, before receiving The World Cup from The Queen sums us up. Decency and respect that is West Ham. In the past Sullivan used to really piss me off gobbing off constantly. But he has certainly piped down a bit this season. I’m in favour of his sons Jack and David learning the ropes and taking over The Club. They have both been good to fans on numerous occasions, which does not surprise me as I have spoken to Sullivan twice and he came across well. Once I asked him to sign my nephew’s Birthday Card which he did but had a parting shot: “I hope you are going to put something in the card as a present” he said. I was bloody speechless. As I have said many a time Sullivan DOES know how to run a Football Club. But far more investment is needed to see West Ham become one of the best clubs. Sullivan’s way of doing business of one Marquee signing, one costing a reasonable amount, one a bit of money, the others being loans, and freebies or cheap gambles are simply not good enough for a Club hoping to progress. The times they are a changin your old road is agin Sullivan! Whether it be investment via Tripp Smith or from someone else we badly need a serious injection of cash. But board in and out, we can’t blame them for everything, especially on the pitch. To put it bluntly we have been a bloody shambles on the pitch.

Some seem willing to throw in the towel after one defeat under David Moyes. Come on behave! The man is not the bloody wizard of Oz! He can’t put everything right in a few training sessions. What he is going to have change is the midfield. No pace, creativity or movement, offering no protection for the back four, creating no chances for the striker. Leaving the likes of Javier Hernandez and Carroll isolated. People are going to call me a Noble ‘hater’ and the rest, he does wonderful work off the pitch representing The Club, which he rightly gets plaudits. However on the pitch he is a huge part of the problem. The opposition know he is the weak link and simply pass the ball around him, knowing he is so slow he has not a hope and hell of getting back. Slow pedestrian passing anywhere but forward is Markie Noble. Playing him is sentimentality gone mad. In game after game it costs us. It has even started to affect Kouyate and Obiang. Sort the midfield Moyesey and we will all be blowing bubbles in harmony again. Time to get behind the team (a repeat of last night), get a win, have a few JD’s and then; Noble the best Captain, the Owners no complaints, Moyesey a top manager. It’s funny what winning does to everyone. Players, fans, manager and The Board. Before I go I would to apologise for EX in calling him a Board ‘lackey’. He is an extremely loyal and decent person who is loyal to his friends, West Ham and fans.