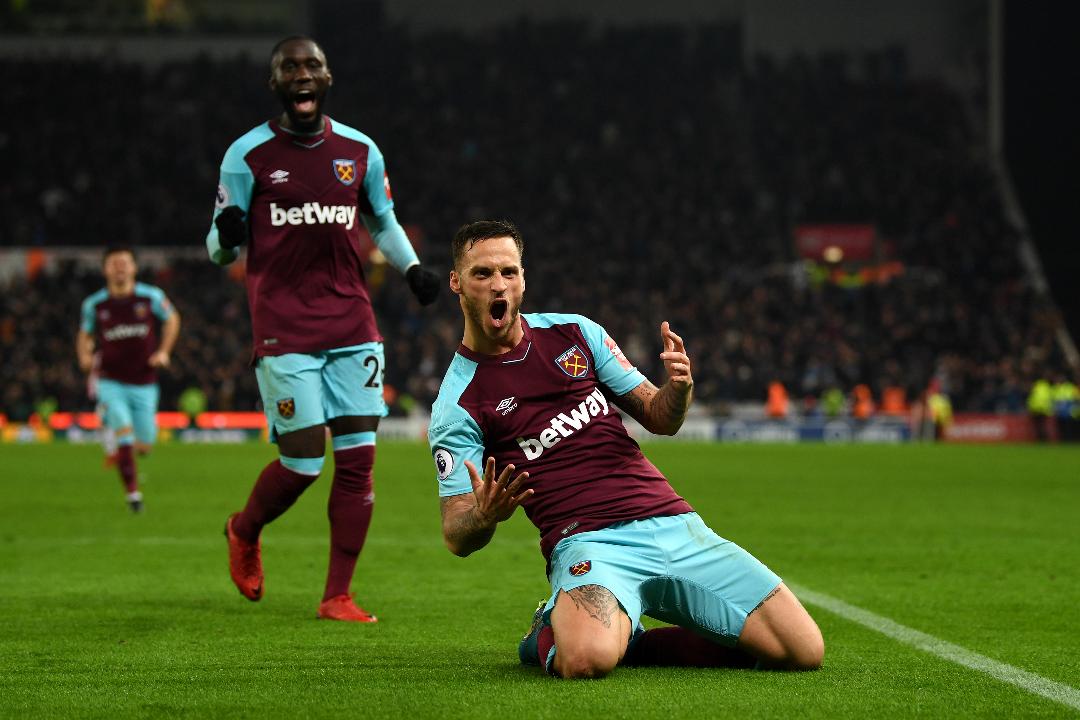 After a dreadful start to the season, it seems as though West Ham have finally got things moving in the right direction. With just nine points from their opening 12 games, things were looking pretty grim for the Hammers and the club knew that something drastic needed to happen, and fast.

They replaced manager Slaven Bilic with former Manchester United and Everton boss David Moyes, and what a smart decision that is shaping up to be. Although they lost their next game with the new manager in charge to Watford, the side has seemingly transformed under the Scot’s guidance and recorded 8 points in their first six games with Moyes at the helm. That’s just one point shy of what they had managed to achieve from 12 matches under Bilic.

What’s even more positive for the club was the quality of the opposition that they took these points from. A draw with Arsenal and a win against Chelsea has completely changed the atmosphere at London Stadium. Their loyal fans are now eager with anticipation to see what else this newly inspired squad can do.

Before the Chelsea game, they travelled to the City of Manchester Stadium to take on league leaders, Man City. The Citizens have been in sensational form this year and most people thought that this would be another one-sided affair in which the Blues romped all over their opposition. But West Ham took an early lead at the end of the first half when Angelo Ogbonna headed the visitors deservedly ahead. Unfortunately, after the break, Nicholas Otemendi equalized and then David Silva snatched the winner just seven minutes from time.

However, even though they didn’t get the three points, it was easy to see that something had changed within the squad. They were more organised without the ball and created better chances from the flanks. This was a team that had destroyed Liverpool 5-0, taken down Arsenal 3-1, and hammered Tottenham 4-1, and they were struggling against the Hammers. Something had definitely changed under Moyes, and for the first time this season, supporters could see there was a light at the end of the tunnel.

With a new found confidence they welcomed Chelsea in their next home game and caused a massive upset by defeating the defending champions 1-0. Marko Arnautovic’s beautiful strike just six minutes into the game was enough for the Hammers to take all six points. Although the Blues pushed hard for an equalizer West Ham were controlled and effective at the back and looked extremely threatening on the counter-attack. It was Moyes first win in charge of the club and the manager was obviously delighted to have beaten the title holders.

One of the key changes the new manager has made is replacing goalkeeper Joe Hart with backup Adrian. Against City, Hart was unable to play because of loan rules and had to be excluded from the squad. The reserve keeper was so impressive between the sticks that it seems he may become the first choice keeper, with Moyes opting to start the Spaniard in every game since.

The English keeper’s form has come into question on several occasions this season and letting in four goals against Everton wouldn’t have done him any favours with the new manager. It’s not a good sign for the England international that he can’t maintain his spot in a team fighting to stay in the league. According to tipping site Oddschecker, his Hart’s odds of making the World Cup squad have dropped nosedived in recent weeks, which means he is not even in the top three backed keepers to be England’s first choice.

Adrian was in top form against the Gunners and helped the Hammers to another vital point. Although the West Ham attack couldn’t break down Arsenal’s defence, they were exceptionally good at the back with the reserve keeper making some fine saves.

The latest 3-0 win away to Stoke City was the team’s most convincing display of the season and has given them a little breathing space between them and the relegation zone. Hopefully, the squad can continue to build on their current form and grab a few more victories over the busy period. If they play like they have in their last four matches, the thought of dropping down to the Championship would be just a bad memory.