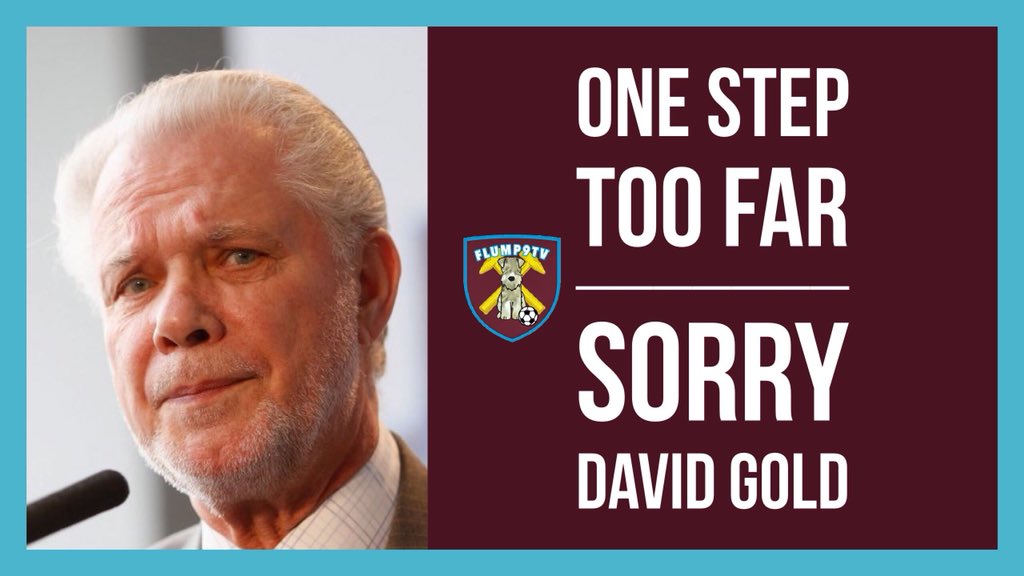 I am sure lots of you have seen the video on social media, of a handful of West Ham fans blocking in David Gold from leaving after yesterday’s game against Swansea.

The supporters are rightly upset after an awful defeat to a relegation rival. They have travelled a long way, in awful weather conditions to watch a terrible team performance. However, does that make it acceptable to hassle David Gold and stop him from travelling any further?

In this short video I give my feelings on the incident and how I believe this creates nothing but a negative impression of West Ham Fans.

Don’t forget to subscribe to my channel, as I will be giving away a signed West Ham shirt in the future.