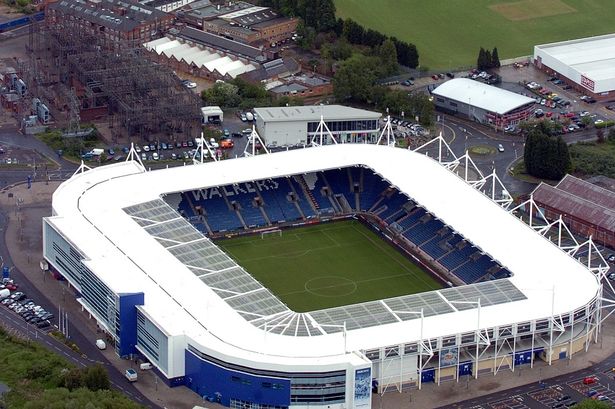 After some very, VERY, poor performances recently, Leicester City gives us a realistic chance of getting 3 points and potentially sealing our survival. However, the negativity surrounding the club at the moment worries me. I’m hoping we can all join up together for the last 2 weeks of the season, keep the club afloat together, then voice our problems when survival (or relegation) is confirmed.

Leicester have recently moved into the King Power Stadium, which is very close to their old stadium Filbert Street. It’s completely enclosed, the corners are joined up all at the same height and style. The West Stand features the executive boxes, where the dugout also features. There are two large screens at opposite corners of the stadium for maximum visibility. The acoustics of the stadium are very good, which allows home and away fans to create a good atmosphere for their teams.

Train: The closest station to the stadium is Leicester Railway station, which is around 1.5 miles away and should take about 25-30 minutes to walk. There is a heavy police presence around the stadium for games, so you will be well protected (but don’t start any trouble yourself!!)

The walking route to the stadium is clearly signposted from the station. On route, don’t forget to keep an eye out for Leicester Tigers Rugby Club, as this is an impressive stadium.

Car: Leave the M1 at Junction 21 and take the A5460 which will be signed for Leicester City Centre. Continue on the road, under the railway bridge and for another 200 yards. Turn right into Upperton Road (sign posted as the Royal Infirmary) and then right again into Filbert Street. You will see the stadium there. Traffic tends to build up around the stadium so allow yourself some extra time if driving.

Parking: You are able to park on side streets off Narborough Road but this will be further out from the stadium and may require a 20 minute walk from your car. You can park at the Rugby Club for £10 which is approximately 10 minutes from the stadium. Police close several roads around the stadium for up to 40 minutes after the match, so traffic builds up very quickly.

There is a park and ride feature which runs from Enderby (LE19 2AB) which is near Junction 21 of the M1. Although it doesn’t pick up very close to the King Power Stadium, it picks up from the city centre. It costs £4 for a group of five people. The drop off/pick up point is about a five minute walk from the ground.

One of the better pubs for away fans is Counting House on Freemens Common Road. This pub has mixed fans and has the usual facilities, food and drink. It’s located next to a Morrisons, for those who want cheaper alternatives for food or drinks on the go.

Huntsman Pub on Narborough Road is about a 15 minute walk from the King Power Stadium and shows BT games. This pub also offers car parking for £5. In the same area is the Westcotes Constitutional Club which is family friendly.

Coming out of Leicester Railway Station, turn left and cross to the other side and you will see The Hind. This pub serves real ales. There’s also a Wetherspoons called Last Plantaget if you turn right out of the station and turn left into Granby Street.

Most of the pubs near the stadium are fans only, so please avoid most pubs in the area.

Let’s hope for a good result and pretty much Premier League survival. Everything will be crossed, and remember to support the lads as much as you can (even if they don’t give you something to shout about).