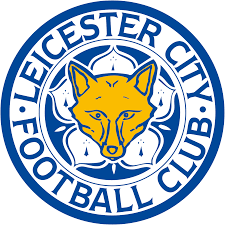 I’m going to try my best not to go on much about last weekends game at the London Stadium, as much like most of the season I think its best to be forgotten. We were not very good from start to finish, gave little fight to try to win the game and basically went through the motions. Being on the wrong side of 4-1 defeats is becoming a habit at the moment.

We travel up to Leicester for our last away game of the season where we will play a team who have nothing really to play for this season and judging by their last performance they have been planning their summer holidays already. 3 defeats in their last 4 games suggests this, and there have been reports of the manager being under pressure from the chairman due to poor results or just being unpopular. I don’t know.

I would like to say our recent form has been better, but it hasn’t just the 1 win in 6 and not really looking like winning in our last 2 games. We currently stand on a paltry 35 points from our 35 games this season. While yes, this still might be enough to stay up it really shouldn’t, and I can’t really say we have deserved to survive this year after seeing our defensive record during the week.

The good news is that Leicester City are having a bit of an injury crisis at the moment they have a number of players not available. Schmeichel, Okazaki, Ndidi, Simpson, Huth, and James are all out. As is Albrighton who is suspended due to his red card last week. Unfortunately Jaime Vardy and Mahrez who both have the ability to win games on their own should be fit.

Good news for West Ham is the return to training of Pedro Obiang and James Collins which could give the team a welcome boost at least to the bench. While it also seems that Carroll and Moyes have kissed and made up after a reported training ground bust up. Antonio, Byram and Reid are still out. Reports are that Hernandez might have picked up an injury and not travelled with the squad.

I think a few changes was bound to happen after back to back defeats and while I would really like to see us play with 2 up front. It seems Moyes has decided that the wing back system is what suits us best at the moment and is determined to make it work. Playing Lanzini and Mario together is a little more adventurous but maybe not quite what we were expecting.

I’m going to go out on a limb here and say we are going to do enough to win the game 0-2. I have no reason for this or much faith in it. But it should make us safe from relegation. Then we can start planning for next season with or without David Moyes