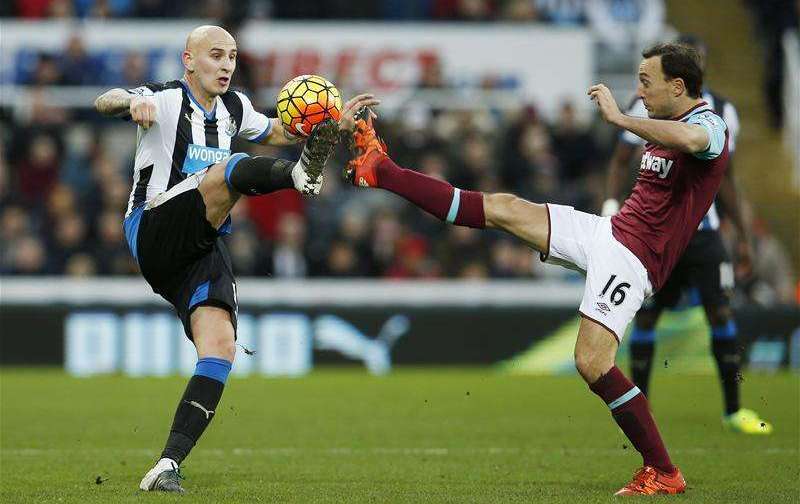 Thanks for all the responses to my last article, I haven’t gone mad I just don’t think Lanzini has been consistently good enough for us to resist offers of 40-50m.  The last stand out game I remember him having was 2 1/2 seasons ago at Liverpool.

Anyhow im currently watching the Swansea v Southampton game and thinking about all the players we need for next season.  I think we should be really careful about trying to pick off players from relegated sides.

Why would we want Mawson, Ki, Jordan Ayew, Cedric, Redmond or Tadic?  None of them are carrying their teams and to agree with Kev from Sex, Drugs and Carlton Cole, I wouldn’t take Shaqiri either.  I also don’t think we need to take the opinion if we need x amount of players at £25m each.

If we were looking for a Kouyate style player I’m sure we would be quoted £25m minimum but look at the player we have? Lazy, doesn’t work for his place or the team but it’s ok because he’s Chiek and we post videos on the official site of him laughing all the time.

We signed Cresswell for £5m and nobody outside of Ipswich knew him, fair enough he’d be more expensive now but I like the principal of taking players from the championship who could step up, basically the opposite of Hughill.

My one exception to the not signing relegated players would be a keeper.  Fabianski, Forster and even Foster would all be good signings for us, none have been at fault for their respective clubs form.

I’d love for us to have gone for Shelvey but thanks to our mouthy chairman he wouldn’t even entertain us now, on the same note watch Snodgrass be promoted with Villa sign for them and tear up the league!!

Remember all the fuss about Bilic having the option to sign Renato Sanchez, Grzegorz Krychowiak etc? They are doing so well now aren’t they?

Before we all get carried away thinking William Carvalho is the answer, Stoke’s record signing was from Porto and is a guy called Giannelli Imbulla, he’s currently on loan to Toulouse because he couldn’t cut it in this league.  Carvalho is a European championship winner I hear you say…so is Cedric who is battling to keep Southampton in the league.  COYI