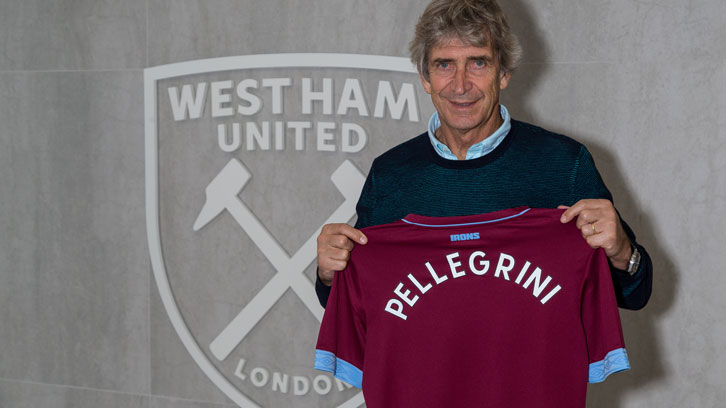 Seldom it seems has the emotional needle of doom and gloom swung to contentment and optimism these last few years, as the rollercoaster that is West Ham United FC embarks on another chapter in its turbulent history. Being a West Ham United fan is like being in a volatile marriage, one minute things are wonderful and everything is rosy in the garden, yet you know just around the corner waits an implosion that sends you hurtling toward the abyss.

The real true love of your life can sometimes be difficult to break free from but over time can be forgotten. Nailing your colours to the mask of your favourite football team though is a life time commitment, particularly when it comes to supporting West Ham. Once you declare your love for West Ham you never ever stop supporting them.

Over four decades and counting for me, some wonderful memories, two FA Cup wins, European campaigns, a tilt at reaching the pinnacle of English football taking on the might of Merseyside are just a few of the highs, but amongst the highs are the lows, far  too many major disappointments that linger long in the memory. Memories, good and bad, that are engrained into the very fabric of our beloved football club.

Moving away from such an iconic stadium as Upton Park was always going to be fraught with difficulties.  Top flight football has evolved so quickly and whilst Upton Park has been a massive part of the lives of so many families, as much as it was a wrench to leave the right decision in my opinion was made. We all want West Ham to be successful. We were told that was why the club took on the London Stadium project. Football clubs don’t change their DNA. That comes from the fans on the terraces,

Cast your mind back to this time last year. What was about to be hailed as a productive summer transfer market which landed Hernandez, Arnautovic, Zabaletta and Joe Hart, turned into a second successive season of struggle at our new home. After a change of manager the spectre of relegation lingered long into April before everyone breathed a huge sigh of relief when victory at Leicester confirmed safety. A number of abject performances on the pitch from highly paid experienced professionals intensified the anger, frustrations and resentment supporters had for the players and the owners who they had become increasingly wary and suspicious off. The performances on the pitch certainly didn’t help the mood which had turned so fiercely against the owners. For many the mood was exacerbated by the high-speed turnover of opinion and belief promoted by the board where that optimism at the start of the season quickly became history as another uninspiring season of mediocre football quickly set in.

The increasingly acrimonious mood among many West Ham supporters is probably no different from other clubs up and down the country at times. We don’t really care about other clubs as supporters. All we crave for is definition achieved on the field and not by owners they no longer trust who constantly leave you feeling short changed with an endless stream of broken promises.

Change is inevitable. All throughout our lives we are bound to change. Whilst as supporters we have had to get used to the concept of change the current owners are now at a crucial stage in their ownership of the club and need to change their mindset quickly when it comes to running the club.  The time has come to start delivering. No more excuses. We have had two seasons to get used to the idea of playing at a new stadium. They cannot keep using that as an excuse for mediocre football. There are so many incredible opportunities and chances for the club to grow at the London Stadium if Sullivan and Gold now step up. The only way to grow is through change. Mess it up again and they may as well pack up and go home because quite simply they have nowhere to turn to. This really is the last chance saloon for both of them.

The appointment of Manuel Pellegrini has swung the emotional needle back towards optimism again. Appointing Pellegrini as manager on a deal worth up to £7 million-a-year including bonuses finally for many shows ambition from the owners. The former Villarreal, Real Madrid, Malaga and Manchester City manager has signed a three-year contract at the London Stadium after leaving Chinese Super League club Hebei China Fortune. The 64-year-old Chilean will be the highest-paid manager in West Ham’s history, earning more than twice the amount paid to his predecessors.

So what do we know about our Chilean general, nicknamed “The Engineer” Pellegrini is known as having a sharp tactical mind throughout his career as a manager having arrived in Europe in 2004 having managed in Argentina and his homeland of Chile. At Villarreal during his stay there, together they achieved a third place finish in La Liga in his first season, a Champions League semi final the next season and a second place league finish in 2007/08. He also transformed Malaga, taking them to the Champions League quarter finals and had a stint at Real Marid for a season, amassing 99 points but finishing second in his sole season.

Wherever Pellegrini has been he has always been keen on youth development, bringing through good young players who went on to do very well. Pablo Zabaletta having played under Pellegrini at Man City is the ideal person to provide an insight into what makes him so well respected, “He went to Spain with Villarreal and did a great job, taking them to the Champions League semi-finals. I played against his teams many times when I was with Espanyol and they were always very tough opponents. He also did well at Real Madrid and Malaga, then he came to City, where we worked together for three seasons and won the Premier League title. He’s a quiet person but he is also very determined and very strong in his belief about how football should be played. He likes to play good, attractive football and he plays to win, which the fans of all the clubs he has managed have always enjoyed. He has always been a good manager and I am sure he will show that again with West Ham.”

Positive stuff from Zabaleta and if you believe what you read about his appointment from other respected figures within football then maybe, just maybe Sullivan may have got this appointment right.

A word of caution though, because West Ham United is not Manchester City and Sullivan and Gold are paupers compared with Sheikh Mansour. It’s okay being having the ability to be able to throw obscene amounts of money about trying to replicate the success of Man City and Chelsea but it doesn’t always have a happy ending. Everton are the prime example of what can go wrong with the scatter gun approach to buying players. Close on £200 million changed hands last year on Merseyside and the blue half of the city were crying out for a change of manager not once but twice with Koeman and Allardyce both losing their jobs. Recruiting wisely is crucial to the success of any club. Pellegrini has a massive job ahead of him. Word is he already has his own ideas of who he will keep from the current squad as he confirmed he watched most of our games last season, which leads you to believe he knew he was coming a long while before it became public knowledge we were speaking to him. What that says about the relationship shared between the board and David Moyes is another issue all together but it suggests that Moyes has good reason to feel a little aggrieved as it seems he was offered the job only for Sullivan to withdraw the offer once discussions became more advanced with the Chilean.

Sullivan could justifiably say appointing Moyes was a positive decision taken by the board. When Moyes arrived in November we had nine points from eleven games. There was nothing to suggest things were going to get better under Bilic and while you could argue the decision to replace Bilic should have been taken sooner, by appointing Moyes the board got their wish of Premiership football next season at their new home for a third consecutive year.

With a CV comparable to only a select few and the envy of the majority of managers, Pellegrini has to hit the ground running and that means the board supporting him in the transfer market with substantial funds. David Gold has gone on record saying the money received from the sale of Andre Ayew and Jose Fonte in January will go in the transfer pot for the new manager. Add to the money already earmarked to improve the squad and you have to be talking north of £75 million to be available to Pellegrini. With the appointment of a new Director of Football imminent Sullivan has to step back and let the experts take control of the recruitment. The days of him thinking he is on par with ace negotiator Daniel Levy or playing fantasy football manager negotiating the best deals, but subsequently losing out all the time have to be a thing of the past.

Learn from his mistakes, conduct club business in private as much as possible and stop spouting total mistruths about bids going in for such and such a player, raising fans expectations, only to disappoint, and how much money the club are investing. David Gold is a supporter who is living his dream in many ways. As much as I find it boring now hearing where he was bought up, had no money and was so poor he was ill as a child such were the conditions he was living in, I genuinely believe he wants what is best for the club. His problem is he makes these sweeping statements that come back to bite him on the bum and leaves himself exposed to criticism from supporters. First thing he needs to do is shut down his Twitter account and keep his thoughts to himself. Prime example of the total disconnect between him and Sullivan was the day before Pellegrini was announced he was on Sky saying he would like Moyes to stay on! It sums up perfectly their time at the club.

Baroness Brady, whether you like her or not delivered the London Stadium project. Enough has been said and written about the transition but she did her job. Now is the time to pay her off and let her go and concentrate on her fledgling TV career. Business women, yes, and a very successful one at that but let’s get this clear and put it into perspective, she has done more damage to this club than good with her refusal to bin her newspaper column and her constant undermining of managers and players. Crucial to the success of any business is strong leadership. Sullivan and Gold need a football man alongside them to help and guide them with the important football decisions that need making. Someone like a David Dean or David Gill, football men who were also great administrators.

Sometimes in life you stumble across a formula that changes your life forever. Maybe I am doing Sullivan a disservice and appointing Pellegrini was part of his master plan all along! Whether it was luck or not on Sullivan’s part we now have a quality proven manager. Now is the time to go out back their man and allow the people who know what they are doing to do their jobs without undermining and interfering. Only time will tell if Pellegrini is the right man to drive our great club forward and take them us to the much heralded “next level” but for once the emotional needle feels like it is primed for a spell in the contentment and optimism section.