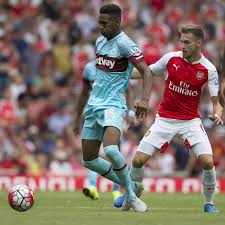 Well it’s all going rather well – The manger has been backed, quality signings have been made, money spent and there is a definite surge of optimism around the club.

Like many others, for me this summer was crunch time; the board had to deliver – and so far they have. When I wrote about potential signings previously, I said if Anderson wasn’t signed then it would be acceptable only if the money was spent elsewhere, well the money has been spent and then some. A couple of folk commented at the time of that piece that I had not talked about players we might let go, I am delighted the signings have been made prior to departures, furthermore I hope we do not see too many outgoings. The board gambled in January that we had enough to stay up, the gamble paid off, but it got a bit squeaky with the squad painfully stretched. Since that time Ginger Pele has departed and Lanzini has picked up a long term injury. The new signings have transformed the squad but if we let too many go we will soon be a few injuries away from problems. Let’s face a few injuries is pretty much the norm in recent years. I am delighted the entire back room team has ben revamped and the training ground, on Pelle’s orders is being upgraded because the injury record has been too sustained to put down to co-incidence.

Players out then? Hart has gone, Fabianski in, no room to lose Adrian unless another keeper is signed .Defenders – Reid’s injury means we are not overloaded at centre back, no room for sales there.  I hope Reece Oxford stays, I still think there is a player in there and Pellegrini is just the man to bring him through

Full backs we need two for each side, no rooms for outs at left back and if we are going back four I am a bit worried about Masuaku there, but three right backs mean Byram is one I would be happy to see go.

Up top with Carroll injured again we are short of numbers really; Arnie is a fixture surely, Chicarito could be a big part but I wonder if he is set on a move, if he is he will need to be replaced as the only other fit striker is the unproven Hugill who looks destined to move on. If he does then I think we need another forward. If Arnie was injured, we would be stretched up there. Carroll has to be regarded as an extra, supernumerary effectively, so who is there to cover? Unless Pelle decides Hugill is up to it then at least one more forward required, two if Chica can’t be convinced his future is in London.

So the midfield areas? Central we do now have numbers. Noble, Obiang, Kouyate  and Rice if used there have been supplemented by Wilshere. While we had problems there last season, a fit again and properly managed Obiang will be a boost, A defence that can defend and some pace around the side will also alleviate the huge burden those guys were picking up. Kouyate has been mentioned as one to leave but for me, once again only if replaced, particularly with Lanzini injured, meaning we are still one short in that area. Felipe Anderson may well be used in a central attacking midfield position as well so we are ok but like I say, we need depth and Kouyate as back up is more the level we need to be than last year.

Wide areas, Yarmalenko, possibly Anderson if not used centrally, possibly Masuaku as he can definitely play that role. Lots of talk about Antonio moving on – not for me, unless again he is going to be replaced, He can play left or right and even cover up top and will not fetch anything near what he could be worth if he regains form. Snodgrass I feel got a rough deal, played out of position and thrown under the proverbial bus, however I am not sure he is where we need to be and if we keep Antonio and with a fit again Nathan Holland, while Lanzini can also play wide when he returns as well as central, I think we could let him go. So for me, I would only really want to see Byram, Snodgrass as well as Cullen to move on without direct replacements.

Of course a couple more signings may change the picture – Ex has mentioned frees and loans now likely. I would love us to take a chance on Ballotelli, hoping Chelsea can be persuaded to loan Loftus Cheek.

Have to say though as it stands I am incredibly excited for the coming season, particularly as we seem to have gone from being the slowest team in the premier league to having loads of pace available.