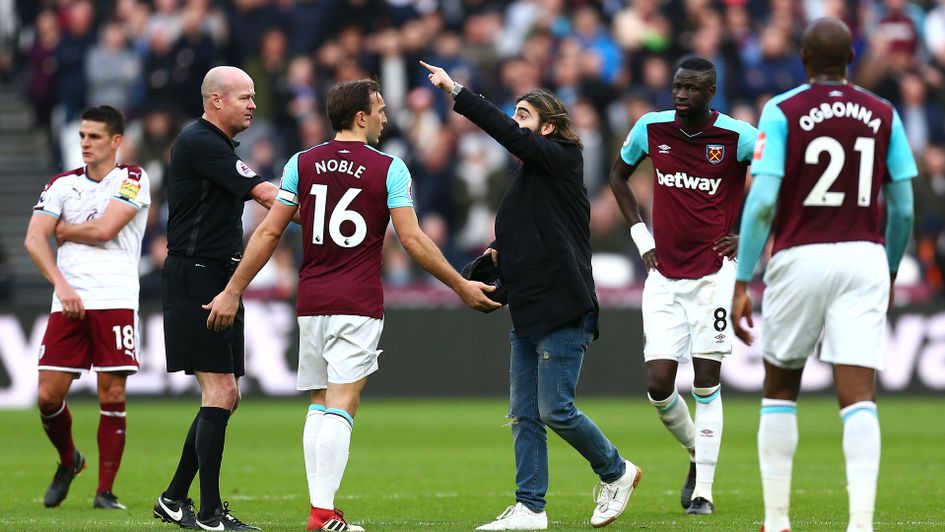 I’ve been meaning to put finger to keyboard for some time now – I last wrote in March after the Burnley fiasco and let’s be honest we were in a total mess, facing relegation and with virtually no cause for optimism. Let’s quickly recap where we were at the time:

Following the Burnley game, some bright spark even decided to ‘build a wall’ – literally, dividing the Stadium in half with a massive border that, one assumes, was designed to keep people away from the Board seats. Let’s be honest, if 3 thousand people want to rush the Director’s box the only real deterrent is the threat of arrest. The root cause, however, is probably just to be more effective is running the West Ham ‘business’.

I could revisit some old grievances – interest rates on loans, prior dismal transfer windows, selling forwards to relegation rivals, the continued poor Stadium management and the lack of formal communication with the fans. I could but it feels like this isn’t the right time.

Since then, somehow, with the Club in crisis, the Players seemed to take some ‘backs to the wall’ energy from the events and somehow pulled the ‘on pitch’ West Ham out of its nosedive and we managed to survive, just.

Like the majority I couldn’t wait for the miserable, and more worryingly, un-enjoyable season to end. Frankly, I felt cheated.

So, just a few months later where are we now? Is it fair to say that there has been progress at our Club? Unexpectedly, I would have to say yes!!

I believe our Board realised that the best way to garner favour from the more amenable members of the fan base is to demonstrate the much discussed ‘statement of intent’ in the summer transfer window. Firstly, whether through self preservation or a realisation that the fit was wrong, my opinion is we did the right thing in not extending Moyes contract. He (just) did what he needed to do but he wasn’t the man to excite and unify the Club – his eventual successor Manual Pelligrini, however, very much is.

It looks like Mr Pellegrini had some ’frank’ discussions with the Board which I picture went something like “back me or I am walking”. Since then he’s got his Director of Football, Mario Husillos and he seems to have a management Team which, rightly, will be free from Board interference. To build on this we’ve made some positive signings and I’m delighted by what I’ve seen to date. I’ll be honest I know little of Diop, Balbuena, Yarmolenko or our marquee signing Anderson, however, these seem to be Pelligrini choices and he’s been backed and the players delivered. Fredericks looked good at Fulham last year, Wiltshire is quality but a gamble given his injury record and Fabianski is a steady keeper. The latter additions of Sanchez and Perez means we’ve got real depth and coverage in key positions for the first time that I can recall – perhaps ever. Personally I was sad to see Kouyate go but the fact that he was our only ‘starter’ to leave is equally positive – we’re a selling Club no more!

So I’d give us top marks for the window and looking at social media it would seem that most of us feel the same. For the first time in ages there is positivity around the Club and I find myself looking at potential starting elevens and excited media accounts, rather than the miserable, negative crap that we all endured from January – May.

My observation is it feels as though the Board have listened to the fan base and have realised it was time to ‘put up or shut up’. If the Board continue to invest and back their Manager, then for me I’m prepared to accept that they’ve now started to shown the kind of ambition they’d previously been vilified for lacking. It’s now down to the players and manager to justify their faith and continue the ‘feel good’ factor with performances and points on the pitch.

One last ask from me if they are listening. Please can they ask “The First Lady of Football” to decide whether or not she wants to present TV shows, write a (often controversial) Sun column or be our Vice Chairman. Balancing all 3 and taking c.£700k per annum from West Ham, seems to me like we’re getting a raw deal.

The start of the season isn’t always a time where I find myself full of optimism but going into Sunday, I actually find myself excited and ‘bought into’ this new West Ham project. Let’s hope the feel good feeling continues and our Bubbles don’t burst too soon.