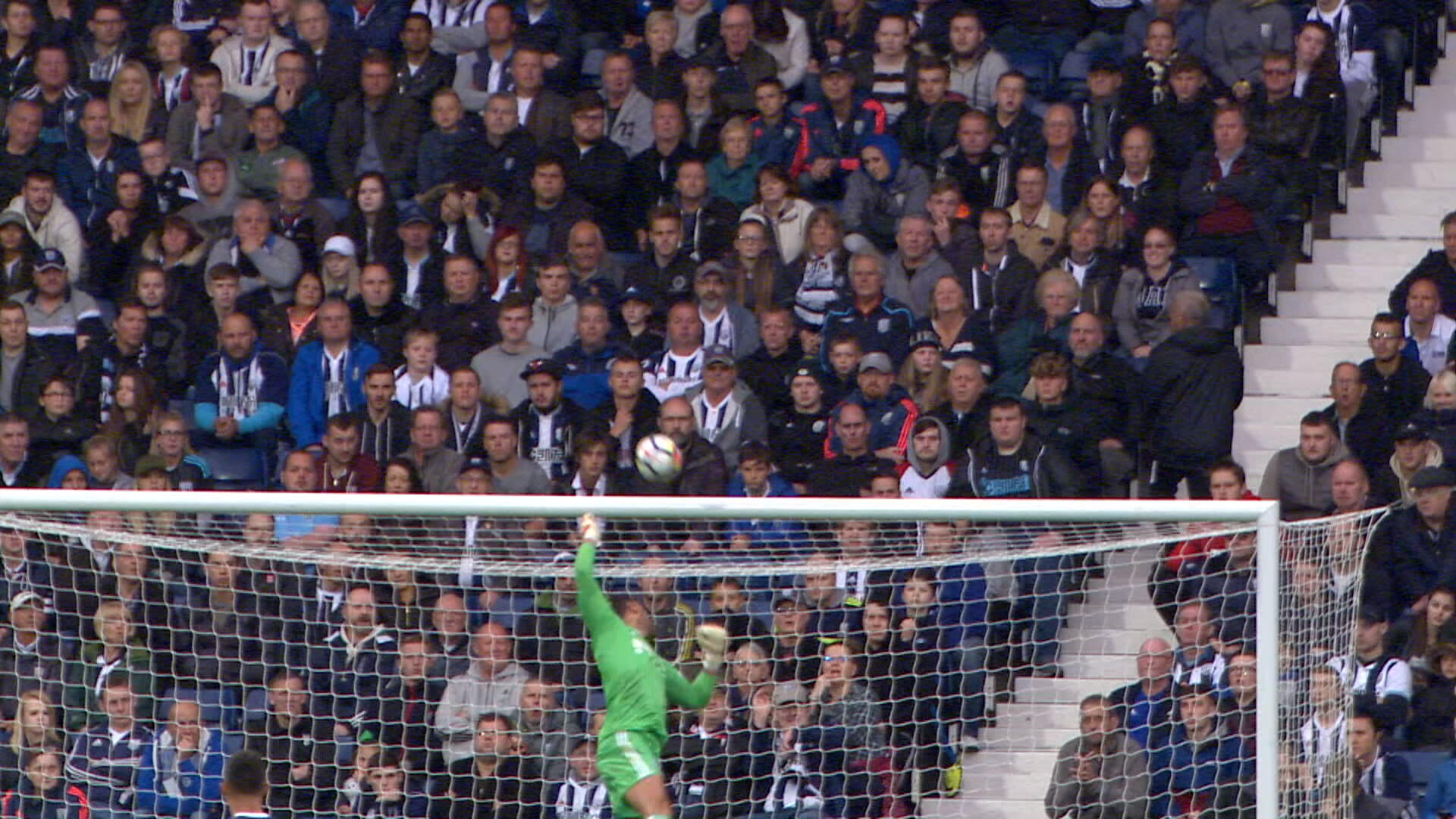 Just after Bournemouth got their second goal the bloke behind me started laying into Anderson as not being worth £40 million. He thought he was terrible. He didn’t like Balbuena much either. He got annoyed with the manager when Chicharito got taken off and he thought Obiang should have been in the team and coming on and not Sanchez.

Sitting straight in front of him I thought exactly the opposite. What struck me most of all was not the failure of the new players. Clearly they weren’t good but it was the same old same old. This was déjà vu from early last season. Overrun by the classier sides, unable to make possession tell against the lesser sides. Slow and can’t defend is not a great combination.

We had 61% possession against Bournemouth. But even in the first half they had the better chances. We started slowly. We played slowly. When in doubt we went back or we went square. Anderson, I thought, played some quicker earlier passes including the one for the penalty. Possibly not £40 million’s worth but it was his first home game.

Before half time even though we were dominating possession we still looked vulnerable. Defensively we don’t track runners; we don’t press the ball cohesively. We always seem to be taking the ball under pressure – in both games so far – while the opposition have space to play.

In George Lewis’s match ratings Ogbonna was better than Balbuena. Really? He’s entitled to his view as is the bloke behind me spitting venom. But both missed tackles for the first goal and Ogbonna got wrong side then committed the foul for the free kick for the second. Then it was the player he was marking who scored.

Some of the other ratings in his and the Claret and Hugh fan ratings seem odd to me too. Noble was mighty at the end of last year and he never shirks responsibility. I love him as player and a person. But like early last season he looks out of form to me.  Wilshire faded badly in the second half. He could easily have got sent off too. I am not sure he and Mark Noble work together well given that both of them lack pace.

They are both good players but the combination worries me as do combinations all over the pitch. Ogbonna and Balbuena, Masuaku and Anderson, Snodgrass and Zabeleta, none of those seem to have a spark about them. Most worrying of all for me is Arnautovic and Chicharito. I need to honest here. I think Arnie playing up front alone last season kept us up. I know a lot of the fans like Chicharito. I know a lot of fans like playing two up.

I am not convinced by either. Chicharito played in very few of our wins last year. If he did play he was rarely on the pitch at the important times. He is a great finisher but looks lazy lightweight and slow. Watch him for a bit, he often has the hump and gives up very easily. Watching him play for Mexico against West Germany I thought – why doesn’t he play like that for us? For a side that rarely gets into opposition penalty area he is a luxury. I think his selection also gets in the way of the most effective use of our best weapon.

As for Obiang, I hope he is good this year. He has been before. But last year (despite his screamer against Spurs) he was very very very poor. The season before he always seemed to nick the ball when you didn’t think he would. Last year he always seemed to lose out when he should have got the ball. I thought both he and Kouyate only got picked for the lack of alternatives.

And actually Sanchez looked OK to me when he came on shifting the ball quicker and forwards. Though he did come on towards the end when the pace had dropped a bit and a bit more space was available.

We spent the summer recruiting pace but continue to play slowly with the exception of Arnie’s bursts of pace. On current form the table is not lying. Don’t mention the R word.

It’s easy to blame the new players for not taking us to the next level. Particularly when they have come for a big fee.  Sometimes players click immediately but that is pretty rare. You would hope that the old hands might keep us going. With the number of changes it’s difficult for both new and old players. But if you didn’t know them I think you might well have been disappointed with Zabeleta, Ogbonna (definitely), Masuaku, Noble, Chicharito (definitely) and even but less so Marko.

So is there any hope? Hopefully with our support some of the new players will settle in and play better. Hopefully we will find some better combinations. Right now I am holding on to the fact that Pellegrini was successful with lesser Spanish clubs and will start to get the team playing better. But we are playing catch up already.