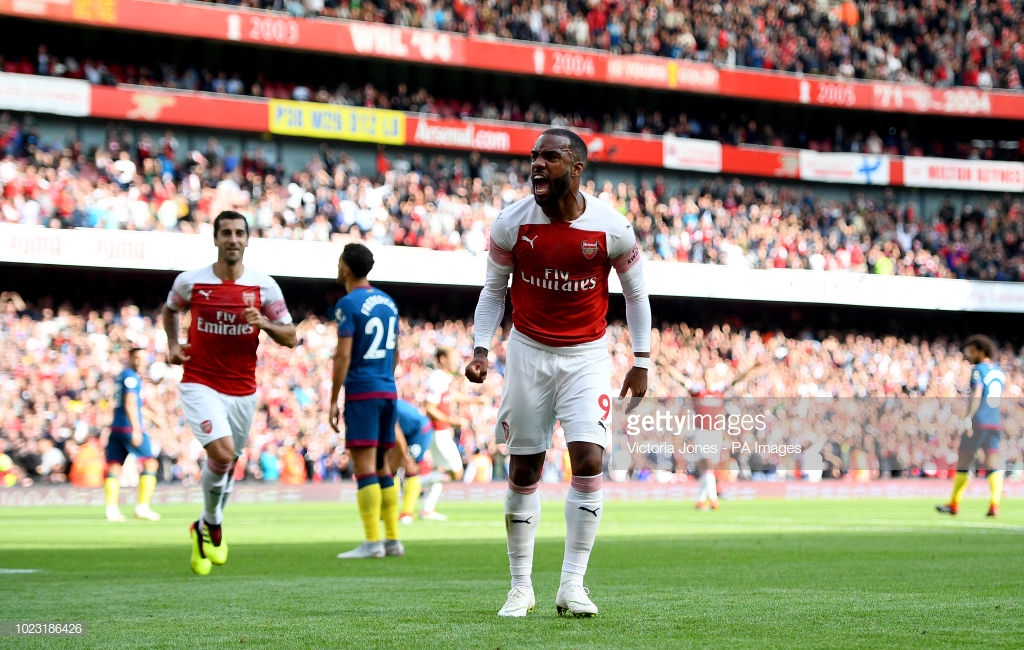 Lukasz Fabianski – As of now, the Polish goalkeeper is looking to be the best bit of business of the summer for the Irons. One sharp save in the first half was followed by two stops on the full-stretch in the second period, the pick of the bunch being a fingertipped save from a looping header directly after half time. On this evidence, Fabianski is looking to be the best goalkeeper we’ve had in years. 8/10

Ryan Fredericks – After a difficult debut at Anfield, the new recruit offered the attacking momentum that was promised upon his arrival from Fulham. Him and Snodgrass worked together terrifically, nullifying the Arsenal left flank whilst also building attacks successfully. Things quietened down a tad in the second period, but fans will be hoping he gets a first home start next weekend. 7/10

Fabian Balbuena – Was one of the quieter performers on the pitch today, but that’s a testament to his vastly improved display. He and Fredericks performed well on the right half of the pitch, providing a solid foundation that unfortunately resulted in the opposition concentrating their attacks down the opposite flank. Was far more composed on the ball, and can hold his head high after coping well against one of the league’s best attacks. 7/10

Issa Diop – An own goal on his debut is an unfortunate way to start, but his performance was mixed. The Frenchman looked assured in the first period, but his miscued clearance led to the unlucky own goal, whilst his positioning for the third goal left his centre-back partner in a 3-on-1 mismatch. Like the rest of the backline, he was exposed by Pellegrini’s suicidal high-line, and you can’t help but feel that every defender is succumbing to a press that is a few yards too high. 5/10

Arthur Masuaku – The left flank was targeted constantly by the opposition, but the Frenchman coped admirably for the majority of the contest. His performance in the first half was one of his best in a West Ham shirt, with the first goal only stemming from the impossible task of defending a 2-on-1 on the flank. He was regularly exposed after Arsenal’s second goal, a fact that can be explained by his task to help us get back in the game. Though this performance was a vast improvement upon the previous two games, he is still more suited to playing as a winger or wing-back. 6/10

Carlos Sanchez – A steady display in the middle of park for the Colombian on his full-debut, with the team’s excellent first-half display being indebted to the simple work undertaken by the Fiorentina loanee. He broke up play exquisitely and retained possession effectively, offering the midfield some mobility that we have craved. Unfortunately, he tired after Arsenal’s second goal, and was simply unable to retrieve or keep the ball at a stage when the team were trying to recover. A promising start, and will surely improve with some match-fitness. 6/10

Jack Wilshere – A difficult return to the Emirates for Wilshere, who was largely ineffective in the middle of the park. His only notable moments were a counter-attack in which he dithered on the ball and a customary yellow card late on in the game. He’ll have better days, but he’ll be mightily disappointed he couldn’t show what his old employers were missing. 4/10

Robert Snodgrass – Another solid display from the Scotsman, tracking back diligently to support Fredericks whilst causing Monreal all sorts of problems going the other way. He set Arnautovic away on multiple occasions, but he’ll be rueing the opportunity he missed on the stroke of half-time, an encapsulation of his West Ham career thus far. There are hints of potential there, as he undoubtedly possesses the football brain and technique to operate at this level, but his lack of pace and confidence sees him repeatedly fall at the final hurdle. Even so, Pellegrini clearly backs him to succeed, and he is agonisingly close to repaying the manager’s faith. 6/10

Felipe Anderson – A glimpse into why Sullivan paid such a high fee for the Brazilian; operating down the middle as opposed to his customary position on the wing, Anderson was simply brilliant in a role that allowed him to exploit the space left by the Arsenal midfield. His assist for Arnautovic was smart play, and if the rest of the team had their shooting boots on, Anderson could’ve walked away with a hattrick of assists. Whilst it’s hard to imagine he’d be given the same amount of space by Wolves next week, a more central position seems more suited to his skills at present. In contrast to his confusing performance last week, we saw Anderson’s effortless ability to glide with the ball; more of that would be welcomed, along with less theatrical falls. 8/10

Michail Antonio – Whilst he didn’t possess the same dedication in tracking back like his fellow winger in Snodgrass, there were flashes that the Antonio of old is not far away. He exploited Bellerin’s positional unawareness terrifically in the first half, with his only hindrance being his final decision making. If one could combine Antonio’s pace and athleticism with Snodgrass’ technique and football brain, Pellegrini would have an outstanding winger under his ranks, but alas we will remain frustrated by each player’s flaws. It remains to be seen how serious his new injury is, another frustrating end to a promising performance. 6/10

Marko Arnautovic – Back to his brooding and imperious best. The difficult finish was made to look to remarkably easy, and on another day he could’ve had a hattrick. He arguably should’ve squared his first chance to Antonio, but he held the ball up excellently to allow runners to advance past him. His injury looks worrying, with the high-level of his performance being emphasised by the team’s decline after he went off. Though he was only the captain in Noble’s absence, the Austrian is undoubtedly the focal point and heartbeat of this team, and it’s essential that he stays fit. 8/10

Javier Hernandez – Struggled to impose himself when he replaced Arnautovic, but he was largely starved of service as Arsenal killed the game magnificently once the second goal went in. Even so, he agonisingly close to levelling the score when attempting to reach Anderson’s low cross, and his excellent movement will always ensure he’s a threat. 5/10

Lucas Perez – The ex-Arsenal man had a glorious chance to level the scores after Anderson’s fine work, but he miscued his cross horrifically. Like Bournemouth last week, he was pretty quiet after coming on, with his big moment coming after Anderson ran the length of the pitch and took on half the Arsenal team; unfortunately, the ex-Arsenal man miscued his cross and was left to think what might have been. Admittedly hard to judge his ability on two substitute appearances, but he hasn’t yet done enough to warrant a starting berth. 5/10

Andriy Yarmolenko – More flashes of his talent in an even shorter cameo than before, but he’s the man we all want to see start. Impossible to judge him on this performance.