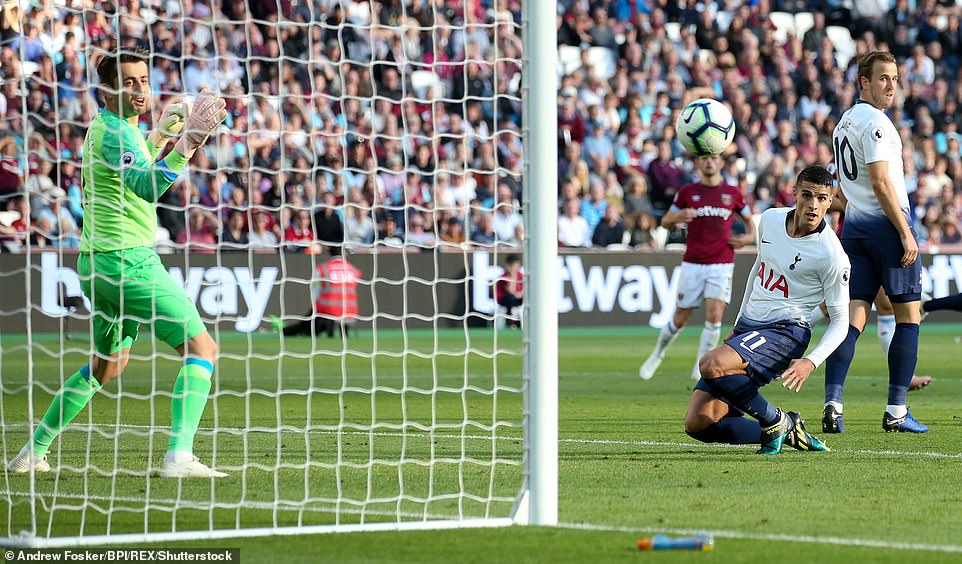 West Ham fell to Tottenham 0-1 today at the London Stadium in Premier League play.  A first half Erik Lamela header was the difference as West Ham was unable to capitalize on their opportunities, highlighted by some dreadful corner kick attempts on the day.

In the first half, both teams showed a lack of sharpness coming off of the international break.  Both sides had their opportunities, with Spurs finally finding the breakthrough in the final minutes of the half.

Felipe Anderson allowed Moussa Sissoko past him and the French national’s cross found  Lamela. Lamela’s header sent the ball beyond the reach of Lukasz Fabianski and gave the visitors the lead.

Surrendering the lead compounded West Ham’s first half misfortune as Andriy Yarmolenko fell to the turf untouched while receiving a corner kick.  Early word from the team is that he sustained a significant Achilles injury.  He was replaced by 20-year old Grady Diangana.

The bright spot for West Ham in the opening half was Fabianski’s play late in the period when he blocked back to back strikes from short range.

In the second half the Hammers brought on Chicharito and Michail Antonio, in efforts to fortify their attack.  There were opportunities to find an equaliser, but Hugo Lloris managed to maintain his clean sheet.

West Ham’s best chance was a good bit of one-two work between Arnautovic and Hernandez.  The Hernandez goal looked good but Arnautovic was ruled offside.

In the final seconds of the added time, the Hammer’s final chance was 20 yard strike from Antonio that sailed just over the crossbar.  With that chance gone, Spurs were able to secure their win.

West Ham has a week to fix what ails them regarding set plays, and then they will visit the King Power Stadium to face Leicester.  After a brief run of good form, the Hammers have fallen back again. Everyone can see this is an improved side from their 2017-18 version, but the results on the table are yet to show.  The West Ham fans seem to maintain support of their manager and believe he can turn the ship, but days like this show that this side is not yet ready to sit in the top ten of the Premier League.