Anderson’s Agony: Brief Brilliance, A Frenchman-induced Hangover and Living in the Shadows 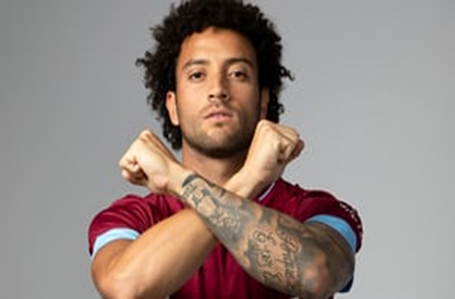 Felipe Anderson has had an indifferent start to his West Ham career. A forty-two-million-pound price tag, causing mass fan expectation, hangs heavy around the Brazilian’s neck – and he has shown glimpses of brilliance so far. His goal against Manchester United was world-class, and an individual attacking performance at the Emirates rivalled that of Payet’s in 2015.

However, herein lies the issue. Payet’s short stint at the club gave us too much of a good thing. Every week was like opening a box of Celebrations and only coming across Maltesers. Attacking signings since have not reached the Frenchman’s giddy heights and in comparison, seem to be a box full of Bounties. In reality, they have just been average, a regular mixed edition of footballer-cum-chocolate selection box.

It is these high expectations that result in fan’s quick dismissal of players of Anderson’s ilk. The same occurred with Robert Snodgrass – expectation weighed heavy and his performances suffered. The hope is that Anderson can deliver world-class performances and to develop link-up play with our other top players, which would justify the astronomical fee.

It should be noted that at this stage, after only nine Premier League games, Anderson has started as many matches this term as he did in the whole of last season for Lazio. This represents a massive change in not only his physical demands, but also the demands put upon his role in the team. In East London, he is expected to dominate games and provide the spark – much like Payet did during his eighteen months with the club. To allow a player to complete these tasks, as Bilić did with Payet, is to negate his defensive responsibilities. If Anderson was putting in similar performances to Payet, perhaps his lack of defensive effort would be forgiven. The problem is that he isn’t delivering consistently at either end of the pitch – yet.

People have pointed out that Anderson ranks very highly in terms of successful tackles in the league this season and is one of the best dribblers too. However, as most of us know, stats don’t tell the story of the whole ninety minutes. Anderson’s inability (or perhaps, reluctance) to track back, means that opposition teams know full well they can target our left-hand side and gain joy from it, as seen by Sissoko’s assist last Saturday. Whilst it doesn’t help having left-backs of poor defensive quality in the form of Cresswell and Masuaku (both of which give me the same level of assurance I hold in a toddler piloting a Boeing 747), there must be the basic instinct to put in the hard yards to help the team, especially when other players are then forced to shift wide, thus creating a chasm of space in other parts of the pitch. Anderson’s failure to track-back has not endeared him to a large portion of supporters, whereas others feel that as a winger, his focus should be in the oppositions’ half, not his own.

So, is there still hope for Anderson? Of course. We are only nine games into the season for a player who has had to adjust massively to playing in the Premier League. Manuel Lanzini is still to return from injury and he could be the missing link between the big-money signings, the Argentinian glue to get the team roaring into full force. Until then, a shift inside as part of the midfield trio, operating as number 10 would give him freedom to unlock defences. Or perhaps considering Yarmolenko’s season-ending injury, a change to 4-4-1-1, with Anderson deployed as a second striker, dropping off Arnautovic to link the play, turn and drive at defences (similar to the partnership of Lucas Moura and Kane at Spurs), could be pivotal in bringing to fruition a player praised by Rivaldo and Neymar.

Anderson must improve individually as well as a part of the team dynamic. After living in Ciro Immobile’s shadow at Lazio last year, where the Italian forward scored forty-one goals compared to Anderson’s eight, there is a need for him to become a main man. He has shown pieces of stupendous skills so far and, being directly requested by Pellegrini, he has potential to be a key man. Anderson’s arrival could be likened to another Brazilian, Robinho. When he arrived at Manchester City in 2008, it was a precursor to a new dynasty, signed from a European superpower for a large sum, to spearhead City’s charge. This pipe dream remained in the pipe. Robinho was guilty of Anderson’s similar faults: a lack of running, neglecting defensive duties, not having an impact on big games and was out the door within two years. Anderson can, and should, fare much better than his countryman.

In a modern society of throw-away culture and absolute choices, West Ham and the fans would do well to encourage Anderson out of the shadows, and into the bubble-filled limelight. A full season in English football and the chance to work with Lanzini, should give him enough time to bed in and push on. At 25, and with regular Europa League appearances and goals, he possesses the qualities to provide the London Stadium with continental football, delivered by Brazilian brilliance.