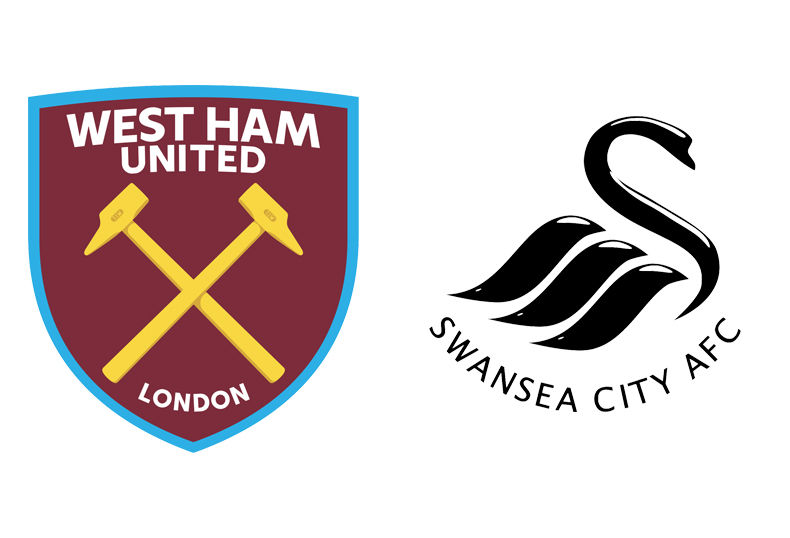 Following a recent run of losses for the hosts, it was a big game for the Under 23s on Sunday in their league match against Swansea at Dagenham and Redbridge’s Chigwell Construction Stadium. With Swansea being just 3 points behind them in the league, it was an equally important game for them.

A big boost to the starting XI was the inclusion of Moses Makasi (C), Dan Kemp and Jamal Hector-Ingram, all of whom were returning from injury, some quite long term. A mix of experience and youth made up the team and they came out pumped and ready from the off. An early corner conceded by Swansea resulted in the perfect cross into the centre front of the box, landing on a Swansea head for an own goal (Biabi). 1-0 after just 3 minutes.

The Hammers quickly extended their lead following a penalty given for a barge in the box on Hector-Ingram, who was in a lovely goal scoring position. The ref had no hesitation in awarding the spot kick. Up stepped Powell to confidently smash the ball straight into the bottom left corner – never in doubt. 2-0 within 10 minutes, game on.

The game saw end to end football with chances for both sides, but West Ham were definitely in the driving seat. Oxford, quietly doing his job throughout the match, timed a tackle on Biabi in the box to perfection – one of two key events in the game for the centre back. The next came in the form of a sublime inch-perfect long ball to Adarkwa, who controlled it and then hit his half volley perfectly to take the Hammers to a comfortable 3-0  lead. Swansea heads went down a little in the last few minutes of the half as the game seemed to be running away from them.

Having clearly had a strong team talk from their coaches, the Swans definitely came out with their heads up and continued to fight for the ball. After putting on a decent display running the wing for almost 60 mins, Dan Kemp was subbed off and replaced by U18, Emmanuel Longelo. As an early game in Kemp’s return, it was clear the winger has been missed. Shortly after, and following an equally impressive return from injury, Makasi was also subbed for Veron Parkes.

Having only been on the pitch for about 10 mins, Longelo was brought down in the box and the ref immediately pointed to spot for the second time. Up stepped Powell again, and the ball was smashed into the bottom left corner. 4-0.

The game seemed all but over, but as is typical in the PL2, the Swans came back fighting, scoring 2 in under 10 mins through Reid, and what should have been an easy save from Garrick that slowly rolled over the line. 4-2

With 10 minutes to go, Peter Stroud was brought on for Hector-Ingram, who had also had a solid game. The Swans got another through Maric, 4-3, but they then missed a great opportunity to take the tie to 4-4 shortly after. The final minutes were extremely tense for both teams until substitute Parkes slotted the ball home following a lovely run past the defence by Longelo to take it to 5-3.