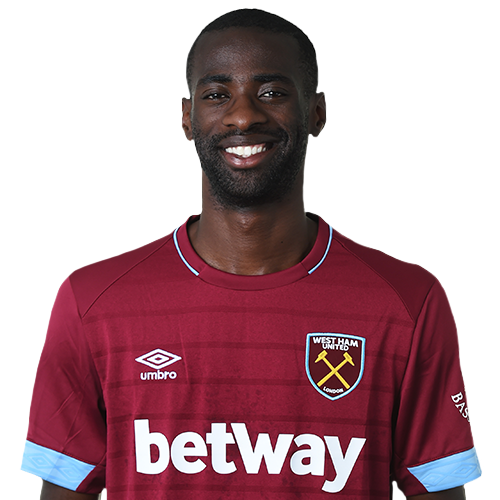 This transfer window has seen midfielder Pedro Obiang linked to Fiorentina for £10; but it wouldn’t be in West Ham’s best interest to sell him for one major reason: squad depth.

Following the move to the Olympic Stadium it was clear that the goal of the board was to challenge the top six, hopefully making it into a top seven. In order to do this it would make sense to imitate the top six, hence the stadium move and injection of money this past summer. One key component of the top six clubs is that they have undeniably deep squads at every position and, in some cases, world class players coming off the bench (look at the Mahrez situation at City this past week). Now, we are a long way from that but it has to start somewhere and keeping players like Obiang is a good start.

It’s not that Pedro is a great player, but he does a job and he does it well. Our need for a strong Central Midfielder is no secret. Mark Noble, as much as he means to the club, is coming to the twilight of his career. Jack Wilshere has just four Premier League starts in 23 Premier League games; need we say more? Samir Nasri has been bright and looks like he could be very useful, but there is only a three game sample to go off, and he too is the wrong side of 30.

Another reason related to squad depth is that there is no natural replacement for Declan Rice other than Obiang. God forbid Declan gets injured, as the only player in the squad that could carry out a similar job with the energy to do it for 90 minutes is Obiang. Also, we are very thin at Centre Back at the moment; one more injury and it is difficult to see anyone other than Declan moving into the back four as cover. This again would mean the holding midfield role needs filling and Obiang is the man for the job.

Obviously, £10m for Obiang is a nice sum and one which, if the circumstances were different, West Ham should snatch up. But as it stands, the circumstances are what they are and our only other replacement at that position (Carlos Sanchez) is out for the season. If Pellegrini identified a replacement who could come in and play in that holding role alongside Rice, then Obiang should go, but with a week to go in the transfer window this is looking ever more unlikely.

Come the summer window, if Fiorentina are still interested then £10m is a great deal for a player of Obiang’s ability. No, he isn’t the flashiest or most impactful player, but as Declan Rice has shown us week in week out this season, that holding role is pivotal to Pellegrini’s style of play. To get rid of our only backup in that position could prove to be very costly as we push for 7th.