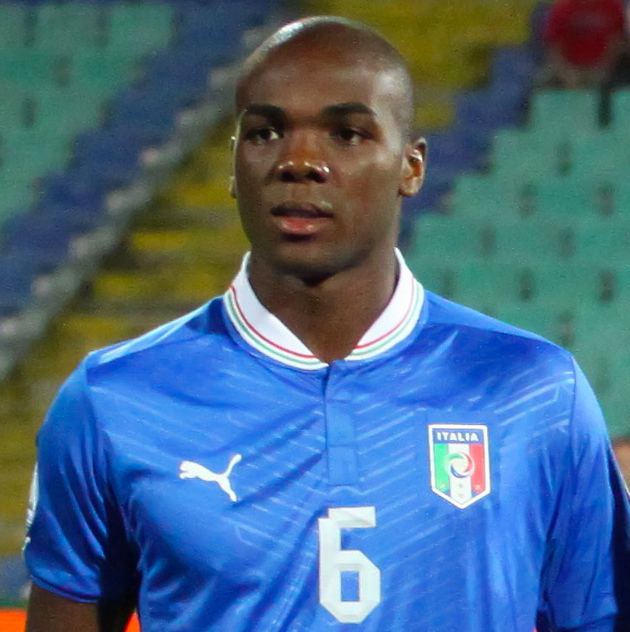 With Balbuena still out and facing 4-6 weeks in the treatment room, Manuel Pellegrini has turned to Italian International Angelo Ogbonna to get the job done in the General’s absence.

Looking at Ogbonna’s previous performances in claret and blue wasn’t worrying; but still, Balbuena’s boots would be hard to fill. So how has Ogbonna done in his absence? And will he cement a permanent place next to Diop?

Ogbonna was thrown in the deep end when coming on for Balbuena against Watford, after the latter conceded a penalty and got injured in the process. Ogbonna didn’t look comfortable or settled, which later showed when Watford scored their second.

Next up was Southampton, and with only five days and Christmas between the Watford and Southampton game, Pellegrini didn’t have much time to focus on Ogbonna and Diop’s partnership. There was a worry that Southampton would take advantage of the second choice defender at the back, and an attacking player in Antonio playing at right back. Ogbonna looked sharp up until we conceded, and he was partly at fault for not clearing the ball quicker after a good double save from Fabianski. That’s when the keeper needs to rely on his defenders.

Three days later we faced Burnley and both goals were errors from Diop and Ogbonna. A lack of awareness and a poor clearance led to West Ham losing the game 2-0. It was, however, good to see Ogbonna getting forward and getting his head to the ball with a powerful header which, unfortunately, was straight at Heaton. Good to see as we all know he’s dangerous in the box.

Brighton was up next with only three days rest. Neither of the goals conceded could necessarily be blamed on either Diop or Ogbonna, however, this season West Ham have conceded so many goals from set pieces. With Ogbonna being 6ft 3 and Diop 6ft 4 you’d like to think the instinct would be to position yourself well within the box to head away the crosses. Poor positioning and a lack of communication cost us. Pellegrini would hopefully work on this in training, but with three days between games we can afford to cut him some slack.

The Arsenal game at home was a brilliant team performance – and possibly best game Diop and Ogbonna had. They were like a brick wall!

Bournemouth is a difficult place to play and most fans would have taken a point from the start. We defended well in the first half, but the second half came and so did the goals for Bournemouth; with Ogbonna at fault for both. There was no communication or awareness. However, there was no West Ham midfielder in sight for Bournemouth’s second, so did West Ham push up too far, leaving Ogbonna vulnerable? Or was it a mistake, and he should have done better? One would say he should have done better.

West Ham fans love away days and with the FA Cup there’s always an extra buzz in the air. With the short trip across London to play AFC Wimbledon in the fourth round, expectations were running high and we really fancied our chances this year with Pellegrini at the helm. Unfortunately it didn’t go our way with a very disappointing display and us crashing out of the FA Cup, losing 4-2.

Our defence was all over the place. Ogbonna was at fault for the first, with good intentions to try and block the shot which deflected past Adrian into the net, but why did it take him so long to close the striker down? Where was Diop? There was so much space on the back line with them clearly not communicating within one another.

Wimbledon looked up for this game and it showed when they scored their second. A fault from Obiang in midfield completely opened up the defence. Ogbonna was on the half way line trying to give Obiang options for the pass which left a massive gap in the defence which gave Wagstaff space to drive into before beating Adrian. No sign of Diop either. Obiang was clearly in trouble and our defence pushed up too far.

The third goal just after half time summed up our defence. No marking from Masuaku at the back post and Ogbonna looking clueless running towards Adrian and marking no one. And the exact thing happened with Wimbledon’s forth – Atrocious defending. Masuaku mainly at fault but yet again Ogbonna was left ball watching instead of marking.

After eight games with Ogbonna in defence we have taken seven points in the Premier League from a possible eighteen and been knocked out of the FA Cup. That’s far from good enough. Ogbonna should have pounced at the opportunity to try and cement a place in the starting eleven and he hasn’t taken it.

You could argue it took five games for Diop and Balbuena to form a partnership and we should give Ogbonna the same amount of time with the Christmas period out of the way and Pellegrini being able to work with them in training, but it’s also possible Ogbonna is no longer the defender he once was and is struggling to place himself in this current West Ham side.