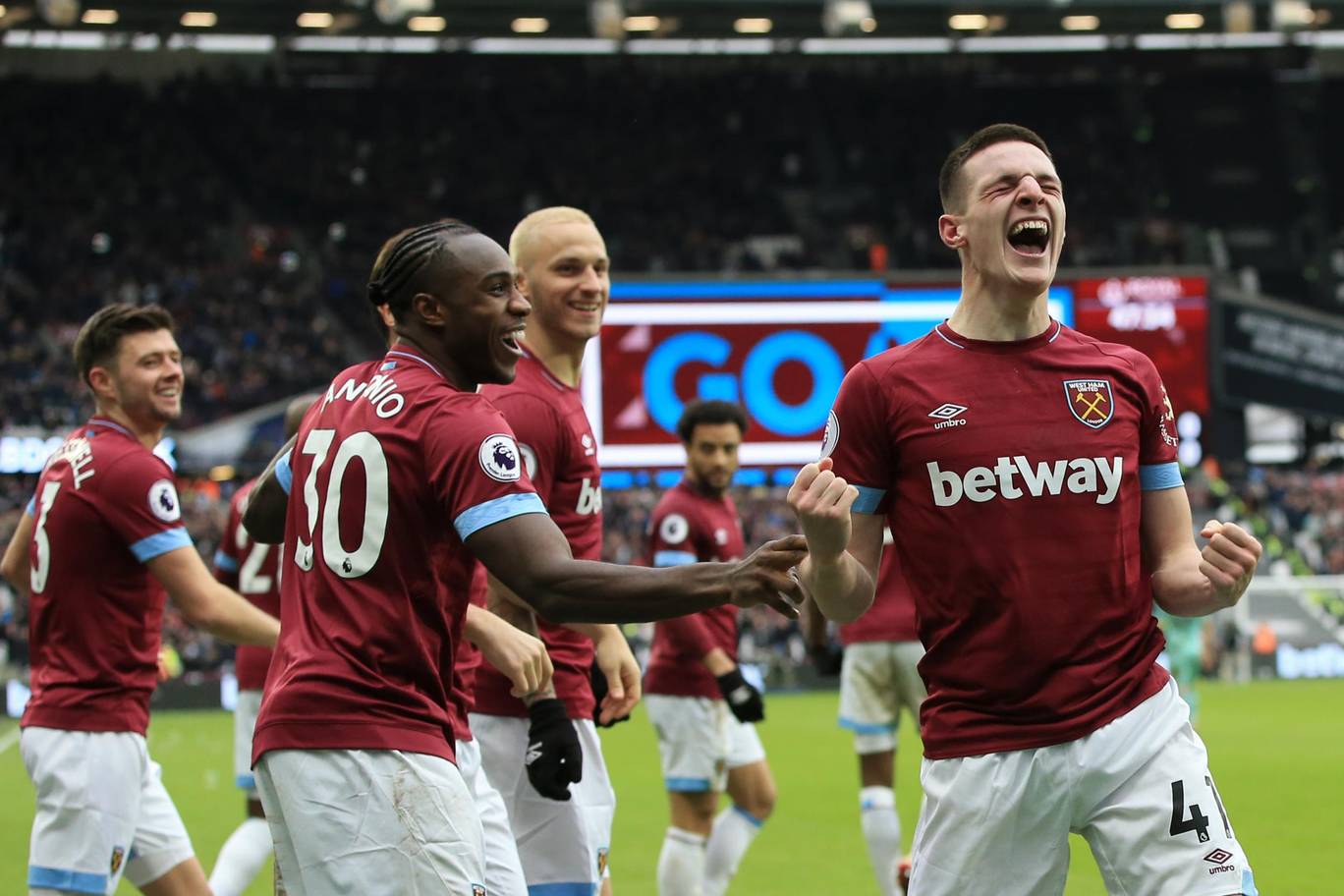 Saturday’s match against AFC Wimbledon is one that most West Ham fans will want to forget, and quickly. The team’s performance was poor with, some important players missing from the starting XI – or the match altogether.

None of those “missing players” are more important to the squad than Declan Rice. The 20-year-old midfielder has come on leaps and bounds under Pellegrini and has made himself undroppable in the middle of the park.

It’s not to say that having Declan on the pitch would have stopped some of the dismal defending that was on show, but a player like Rice may have given the Hammers a nicer cushion in front of the back four, ultimately leaving them less exposed.

As a player, Rice has a valuable set of traits that make him vitally important to West Ham. In the attacking style that Pellegrini has brought to the club, his role has become pivotal, and it is no wonder Man City have shown an interest. Much like Fernandinho, Rice’s value comes from his willingness to consistently do the simple things well. His ability to spot danger, win the ball back, and distribute it effectively are the keys to his game, and something that was evidently missing on Saturday.

The combination of Noble and Obiang doesn’t seem to fit and hasn’t looked sufficient on numerous occasions. Noble gets grief from fans, but his passion and passing are valuable to the squad, but with Obiang alongside him, we didn’t have a player to do the dirty work needed.

Arguably, Pedro had a night to forget, be he has shown on more than one occasion this season that he might not have the quality we need to back up our starting midfielders. His desire to return to Italy might be a factor, but let’s leave it at that.

Defensively, Rice is extremely important to the squad, adding that layer of protection, but his technical ability has also seen him stand out this season. He keeps play ticking over for this new look West Ham team.

The new tactics under Pellegrini see us move the ball quickly, efficiently and, more importantly, safely across the back four and into the midfield. We are now methodical with the way we possess the football. Playing it safe when it is not on and waiting for the gaps to appear before attacking the space. Having Rice in that deep midfield area allows us to move the ball quickly from side to side and he’s not shy to make a probing pass forward either.

With past experience as a centre back and his growing technical ability, Rice has become a quality all-round player. He wins back possession and retains it, all with the composure of someone well beyond his years. As simple as it sounds, it allows players like Anderson, Arnautovic and Snodgrass to press with more intent higher up the pitch.

While his defensive and technical attributes have shone through, there’s more to Rice that makes him such a valuable asset. He adds something that is very rare in the modern game. A love for the club.

Alongside Noble, there are two players in the midfield who are passionate about West Ham. It is no secret that Hammers fans love a trier; Snodgrass being a prime example. While there may be questions over the commitment of some players during the defeat to Wimbledon, Declan Rice has never failed to leave it all on the pitch.

It’s easy to get caught up in Rice’s hype, but his ability, consistency, and passion are promising signs that he will to continue to flourish.