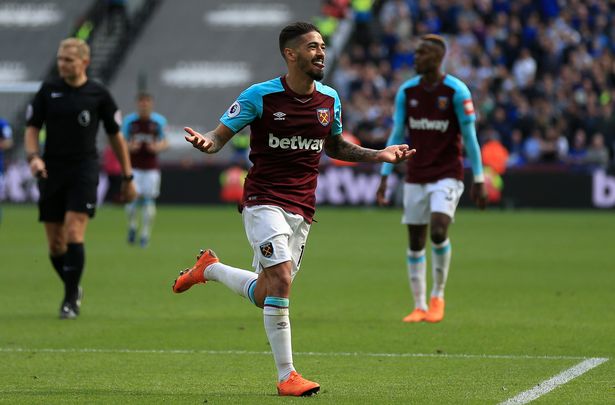 It’s no surprise that Lanzini’s return to first team football was met with a roar by the home fans during West Ham’s 3-1 win over Fulham. The little Argentinian’s comeback has been long awaited and has most fans eager to see what he can do under Pellegrini’s tutelage.

It must be said that there really is nobody like Lanzini and having him back in the frame will definitely give the boss a selection headache – albeit a positive one, for once.

Within the January transfer window there was a lot of unrest amongst our front line, with Arnautovic, Perez and Chicharito all looking to move elsewhere. With their heads turned, a lot of attacking responsibility fell on the shoulders of Anderson, Snodgrass and Antonio who seemingly had to pick up the slack. So, for most, Lanzini’s return comes at the perfect time. It should lighten the load and other players may benefit from some rest or the introduction of fresh hunger amongst the line-up.

During his fifteen-minute cameo against Fulham, the jewel shone and looked like he’d been playing all season. Coupling that with a promising partnership with Arnautovic, Lanzini looks set to come straight back into the fold.

Having Lanzini back in the squad is a positive for everyone at the club. The Hammers now have solid protection in front of the back four, with Declan Rice establishing himself in the team, and that leaves room for Pellegrini to be more experimental going forward.

Even in just a short time on the pitch, Lanzini showed what he can offer. His ability to pop up in pockets off the shoulder of defenders and find space to get on the ball is superb. Couple that with blistering pace and precision on the counter attack, which almost resulted in a goal, West Ham have a player who is seemingly back and in form.

On the pitch, Lanzini’s return will boost those around him. His ability to pick the intricate passes in and around Arnautovic at the edge of the opposition box meant the pair caused all sorts of problems for Fulham’s back four. Hammers fans will be eager to see how Lanzini’s creativity will pair with Anderson and Antonio with his composure and skill on the ball providing another lethal component in the attacking third.

It promises to be an exciting prospect for West Ham. The only real concern Pellegrini may have with Lanzini back in the squad is a possible change of formation to include him. Opting for a 4-1-4-1 against Fulham, Lanzini’s substitution forced Anderson off and put him in an attacking midfield role behind Arnautovic, with Snodgrass going out wide.

In a potential 4-2-3-1, Rice and Noble can act like more traditional defensive midfielders, with Anderson and Antonio pushed out wide, and Lanzini behind either Chicharito or Arnautovic. On paper, it looks like one of the most creative and dynamic attacking line-ups West Ham have had in years.

Most fans will hope it plays out favourably. Having strength on paper is one thing, but since Lanzini’s last appearance for the club a lot has changed. Pellegrini has implemented a new style and a new mindset within the squad and the Argentinian will have to adapt to that quickly if he hopes to make an impact in the closing stages of the season.