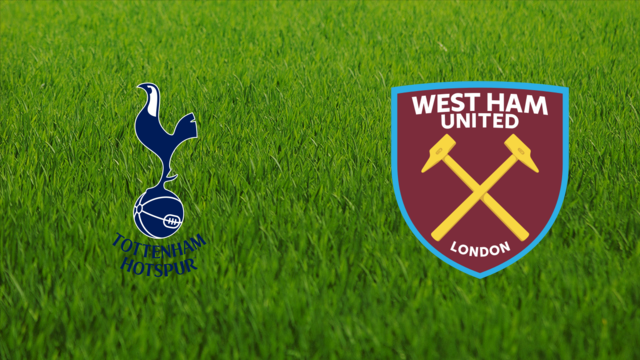 To grade these players out of ten is an almighty task due to their collective solidity outweighing individual brilliance throughout this wonderful performance. However, I’ll give it a go as it is clear, whilst everyone was fantastic, some standout performers should get the recognition and praise they deserve.

Our signing of the season. The Polish stopper made a good save early on following a Son strike and claimed everything that entered his vicinity. An eight may seem high, given the lack of shots on goal he faced, but his calming yet commanding nature as a goalkeeper can not be undervalued. Lukasz was fantastic, as always.

Fredericks has faced a tough start to life in East London. But Saturday we saw a revived Fredericks. His pace was on show for everyone to see, providing an extra outlet down the right flank all game. His tackle to prevent Son’s clear shot on goal was sublime and a number of other strong tackles gave us hope that Fredericks could be good enough to start next season.

The General makes it a trio of eights. Commanding, powerful and unbeatable in the air all afternoon; Balbuena is so important to our side as he seems to improve every single player around him. Oh, and he made a decent block in the 94th minute if I remember correctly?

Diop Issa colossus. Can you believe the Frenchman is only 22? Because I can’t. His reading of the game is way ahead of his years, as shown by his match-high six interceptions, and he also possesses the pace to make brilliant recovery tackles too. Based on yesterday’s performance, Diop and Balbuena have all the makings of an outstanding centre-back pairing for years to come!

‘King Arthur’ is back to his best. He looks confident again after being restricted during Moyes’ tenure. And while he is at his best gliding past players, he looked relatively assured at the back yesterday which was a welcome surprise. Masuaku may just have a future at the club.

This may be controversial, but I do not believe Rice was at his best yesterday. But luckily for us, Rice not at his best is still better than most Premier League midfielders at the top of their game! Declan was beaten too easily on a few occasions as the game flew past him. However, he matured into the fixture making a number of key interceptions before driving forward in the build up to the all-important goal. A quiet, but solid day for Dec.

Was there a blade of grass the skipper didn’t touch? Noble was fantastic, rolling back the years to prove that there is plenty left in the tank for the Cockney Pirlo. Every tackle was perfect; that pass to Arnautovic was pinpoint, and everything we did went through Nobes. He had the most touches on the pitch and this performance summed him up. James Collins stated after the game that ‘You don’t realise how good he is until you play with him’. Give the man the credit he deserves.

Our surprise star of the season. Tireless as ever, Snodgrass gave his all and actually had a 96% pass completion, the highest of any West Ham player. His dead ball delivery could have been better, as we have seen all season, but still a solid performance from the Scot.

Had Michail not scored to send me and thousands of other fans into pandemonium in the 67th minute, this rating would have been a 6. His first touch was nowhere near good enough and the game passed him by in the first half. However after the break, his work ethic increased, and a brilliant touch and finish gave us all a moment we will never forget.

Another quiet showing from the Brazilian. He was involved in some neat pieces of play down the left but ultimately never grew into the match. A spurned 3-on-1 break was the lowlight of a mediocre performance from our record signing.

Disinterested, lazy, distracted. Last month these words were synonymous with the Austrian. Yesterday, they were completely off the mark. Marko looked fired up and his delightful pass for Antonio showed just how good he can be. It is hard to tell where his heart is right now, but as long as he performs like he did against Spurs for the rest of his time at the club, I will not complain.

Hardly affected the game. Was shown to stop outside the box as Janssen almost headed home the equaliser late on. Should be his last appearance for the club.

As ineffective as usual, proving his goal against Leicester to be a once in a blue moon scenario. Another that is ready to be moved on.

Only played for 5 minutes. But done his job well and showed no signs of disinterest despite being dropped for Diop. A professional performance.