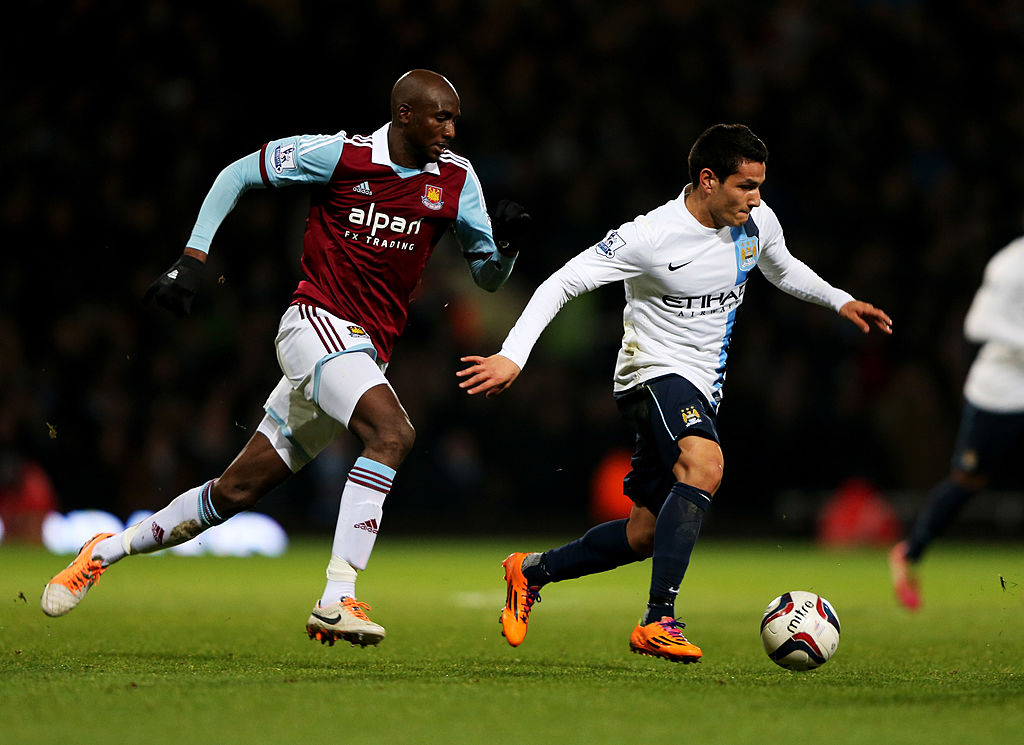 West Ham have had their fair share of big units over the past decade. Aerially mobile Andy Carroll is 6ft 4”, Big John Carew was a nosebleed inducing 6ft 5” and Papa Bouba Diop, who was the same height as Carew, was nicknamed ‘The Wardrobe’. The proverbial fridge freezer of a player (unlike the proverbial brick house), however, is less to do with size and more to do with practicality.
Imagine a game show, the generation game for those of a certain age, where a contestant is presented with a number of items that they’ve won as prizes. The cuddly toy is cute, not much use but we like it. The bread maker, a bit of a luxury but only turns up every now and then. Then we are confronted with the state-of-the-art fridge freezer. It’s flashy, it’s got quality, it’s got all the mod cons…but does it fit in with the décor at home? is it ‘too big’ to be practical and do we even need it?

One such ‘fridge freezer’ was Andre Ayew. West Ham needed goals and, after spending most of the summer chasing a distinctly disinterested Carlos Bacca, signed Ayew in August for £20.5m. He’d had a fantastic season with Swansea City, scoring 12 in 34 league games, but Ayew didn’t exactly fit the mould of an out and out striker. More of a winger/attacking midfielder, he had a knack for getting into spaces and finishing well but, in an already struggling side, his overall game was often lacking, not offering much else to the team. The £20.5m price tag proved to be an albatross around his neck and it turned out not to be a good fit. After all, being a panic buy, he wasn’t the striker West Ham were chasing and was only really utilised during times of injury. An expensive mistake, the club somehow managed to extract £18m from Swansea to take him back.

Another such fridge freezer was the, now much forgotten, Alou Diarra. Newly retired from the French national side, Diarra was reported to have been signed for a paltry £2m. Highly experienced, at 31 years of age, and offering cover at centre back, the defensive midfielder was an ideal signing for a team looking to avoid Premier League relegation after a recent promotion. That would be if West Ham hadn’t already had Kevin Nolan, Mark Noble, Jack Collison and Momo Diame on the books. Already sold by Marseille in order to reduce their wage bill, Diarra was an expensive and high profile fourth or fifth choice. He would also turn out to be a bad tempered one. Sustaining an injury in September that would keep him out for three months, he returned and wasted no time in belly-aching to Sam Allardyce about his lack of playing time. He was shipped out Rennes on loan that January and later had his contract terminated.

Of course, there are many other examples of expensive, fridge freezer type players that have signed for West Ham and ended up being surplus to requirements. One player that every fan will hope doesn’t join that particular club, however, is new signing Pablo Fornals. A Jack of all midfield trades, his talents will be highly prized but it’s less obvious to see whereabouts he will be utilised. With an already well stocked midfield, Pellegrini will certainly have a selection headache come the start of the season and any player who gets dropped will have a right to feel hard done by. This is even without considering the signing of a decent forward that could push Arnautovic back to his more familiar role on the wing. Whatever happens, West Ham have that very rare luxury almost unbeknownst to this generation of fans- a talented midfield with plenty of options! One can only hope that our defence and attack will be just as well covered come August.