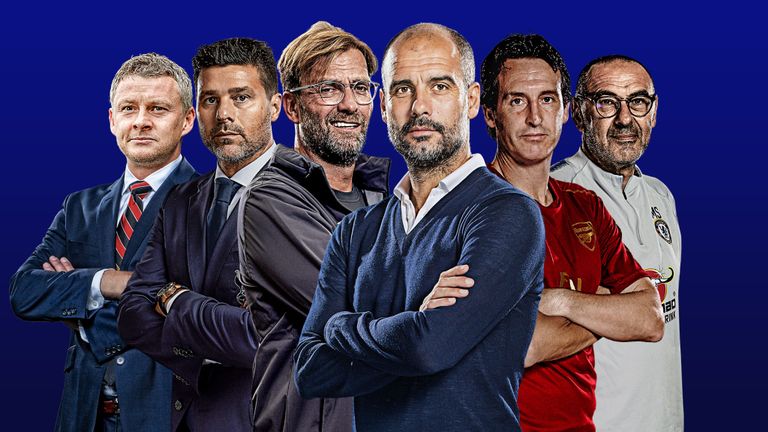 Like anyone following West Ham through the transfer window we all have to wade through the endless bombardment of media reports about the Top 6 and every rumour and move they make. Their big moves tend be seen as an assured way to compete for the title if not the Champions League places but this window Manchester United, Arsenal and Chelsea are all being linked with moves as normal but not one of them is being talked about a likely title winner and all could struggle for a top four place. This is a seismic shift in fans and the media’s understanding of the Premier League, with many seeing the huge range of issues facing these clubs as a chance for new blood to qualify for Europe.

There is little doubt that Man City and Liverpool are sitting pretty with their season’s efforts. Even Tottenham will be happy with signs of progression making to the final of the Champions League but any season that Spurs don’t win a trophy is a good one for us. However, it’s the other half of the Top 6 that is experiencing major structural problems, identity issues and consequences for poor decisions the likes of which none of them seem to know how to find their way through.

Manchester United are not the club we once knew. There is no doubting their financial success as a brand and of course Ed Woodward’s influence here is all consuming. Football knowledge and expertise doesn’t seem however to be part of Mr Woodward’s skillset and moves for a Director of Football have been fruitless. Even after seasons of unstable, unclear and aimless transfer strategy the club seems to have taken exactly the same approach to this transfer window with move for every defender under the sun. Buying their way out of trouble won’t solve the mentality issues their current players have. Ole Gunnar Solskjaer has a team incapable of fighting together for long enough to sustain a title challenge. Not to mention that with both Paul Pogba and David de Gea publicly looking to leave it will be almost impossible to convince top talent to join the club. Without moving on troubled players and building a recruitment structure and identity again to the club it’s hard to see them improving greatly from where they were last season.

Chelsea had a successful season last year but the constant undercurrent of unrest, confusion and infighting has left the club paralysed by uncertainty. Their window has been plagued by exit’s with Sarri understandably leaving for Juventus and the far bigger issue of Eden Hazard exit to Real Madrid meaning that literally half of their creativity gone in one fail swoop. But it’s the impending transfer ban that’s hanging heaviest over the Chelsea as it prevents any moves they need to make. They can’t hire a top manager to replace Sarri without the chance to improve the squad, they can’t replace Eden Hazard despite having the funds to spend from his transfer and all of this is wrapped in an expectation from Roman Abramovich that they change the way they play and become an attacking force. This simply isn’t possible with the current squad. With Frank Lampard likely coming in to manage the club is he really the man to solve these issues? Even with the strength of their academy to rely on Chelsea won’t be sure of what to expect this season.

Arsenal’s issues aren’t structural but more financial than the other clubs. The Gunners aren’t completely broke but they are heavily limited in what they can spend. The continuous defensive issues of past seasons have continued to plague them despite Unai Emery’s tactical changes and they need to reinforce in multiple positions for this to change. Like us they need to sell to buy. Arsenal are hoping to sell Mesut Ozil and Henrik Mykhitaryan who wages and role in the squad are hugely imbalanced. Losing Aaron Rasmey and now Lucas Torreira has gone public about his inability to settle in London means they are looking for further replacements with £40million to spend before sales means that they must radically alter the way they work in the market. They can’t afford to buy the best anymore and will need to take some risk on cheaper players. Whatever moves are made they aren’t likely to improve significantly and as we know you need to spend to stay still in the Premier League.

Man City, Liverpool and Tottenham all have a clearly strategy and identity to the way they play and the sort of players they need. It’s clear that the Arsenal, Chelsea and Manchester United don’t have that institutional structure to rely on and the huge difficulties they face this summer will likely result in harder times on the pitch. The fight from clubs who have been growing and improving like Leicester, Wolverhampton, Everton and of course West Ham will pose as strong challengers for places in Europe. With a few quality additions to the first eleven Pellegrini’s West Ham could well be front of that queue if we get things right this pre-season. If ever there was a transfer window to push hard this is it.